YouTube star Brittani Boren Leach says grieving for her three-month-old son has been ‘difficult’ after she was blasted by critics for posting images of his final days before his organs were donated.

In a video posted to YouTube on Sunday, the Texas mom, 29 and her husband Jeff addressed their critics, saying that the negative remarks ‘do not matter’.

‘However, they have made it more difficult for me to grieve,’ she said.

The video was posted a month after Crew was found not breathing at a relative’s house on Christmas day.

The child was eventually resuscitated, but ended up brain dead, leaving the couple with the difficult choice of turning off his life support and donating his organs. 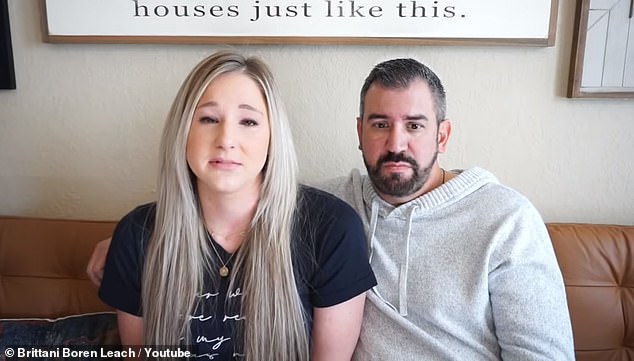 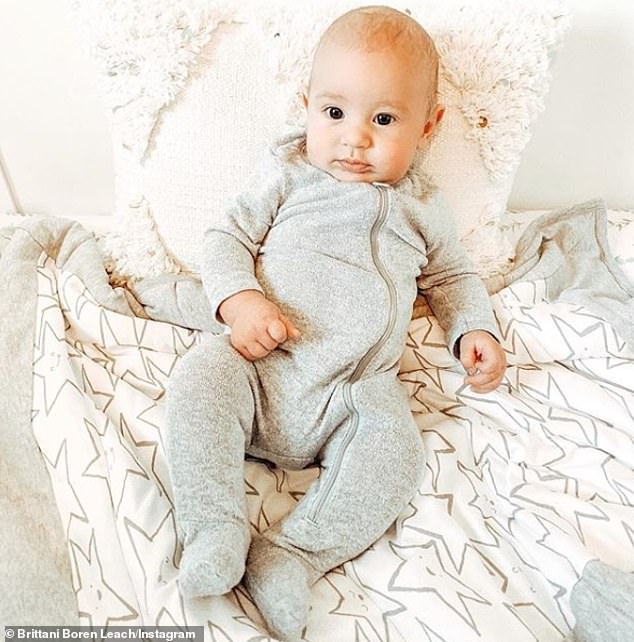 A picture of Leach’s son Crew before he became ill 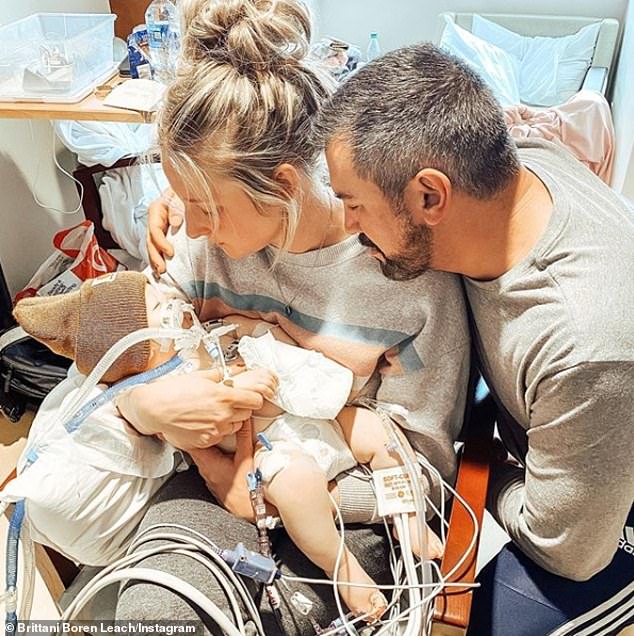 Leach and her husband Jeff with their son Crew in his final moments, from an image posted on social media 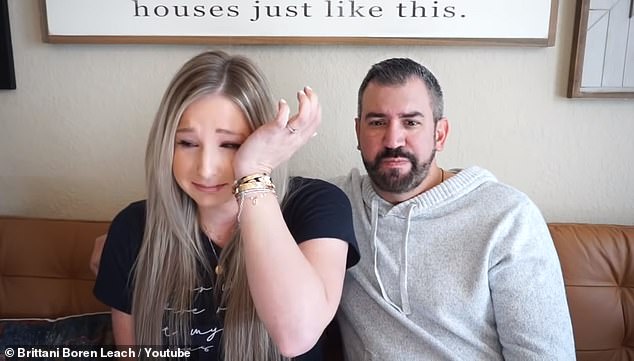 Leach, 29, said ‘the negative remarks do not matter. However, they have made it more difficult for me to grieve,’ in a YouTube video she and her husband posted on her channel Sunday, a month after Crew was found not breathing at a relative’s house on Christmas day

Leach, who has three other sons and a stepdaughter with her husband, shared a series of heartbreaking images alongside her tiny son while in the hospital.

During the process, she posted images on Instagram of the baby’s final days, which they drew the criticism online.

Leach kept her followers up to date as she ended up burying Crew in a gown made from her wedding dress.

‘Oh how I wish this picture was taken today, I would give anything just to hold him this close again,’ Leach wrote in the caption of a sweet photo that shows her holding the child.

‘Those of you who were following me before and ‘knew’ Crew, knew he lived in this wrap. It was his favorite place to be,’ she said.

She told fans the family had decided to donate his organs, adding: ‘The pain is unbearable. I keep thinking that I will wake up from this nightmare, but I don’t.’

Leach said: ‘We are living a nightmare, and I’m dying inside. This can’t be real.’

But she also added: ‘Please keep in mind that we can see your comments, questions and conversations with one another. Put yourself in our shoes (which is impossible to do) and ask yourself if you’d want to read what you’re about to write or say.’

The YouTuber reportedly hit back at one follower who asked ‘is it real?’, replying: ‘If you haven’t been in my shoes, consider yourself blessed, and go watch TV because this is MY real life.’

Her husband, in Sunday’s video post, commented that the media reaction, calling his wife a ‘YouTube star’ was overwhelming.

‘I’m not a YouTube star,’ Leach says in response to the headlines, noting that, ‘I have 90,000 subscribers’.

Leach said that during her ordeal over Crew, social media was the only place she knew she could turn to for support.

‘It only felt natural for me to post on Instagram and I would have people asking for updates,’ Leach explains in the video, which has had its comment function turned off.

‘I’ve seen a lot of comments of, just things like ‘how can you be possibly updating on social media. How can you be taking pictures at a time like this, and to be honest. I would probably think the same thing, if I had never been through this myself. You wonder, how would you act in a certain situation, or how would you feel,’ she says in the footage.

‘We spent days in the hospital just sitting there,’ she explains in the post. ‘I could only look at my son hooked up to those machines for so long… just his lifeless body there. It was not like he was awake.

‘So being able to have support from so many people who have followed our family for so long was very helpful for me,’ she says.

Her husband adds that, ‘There’s just no right way to react’.

The couple signs off on the post with Leach announcing that after losing Crew, she’s wary of what people will say online going forward.

‘My day-to-day life, my job has been YouTube for a while now,’ she says, ‘And now I don’t know what the intentions are of people who are watching my channel.’

‘If you have gone this far, and you realize there are no comments on this video. I cannot bare to look at any negative comments any more.’