A PEDESTRIAN in her 30s has been killed and two people have been injured after a bus crash in central London today.

The fatal rush-hour smash involved two buses near Victoria Station around 8.25am. 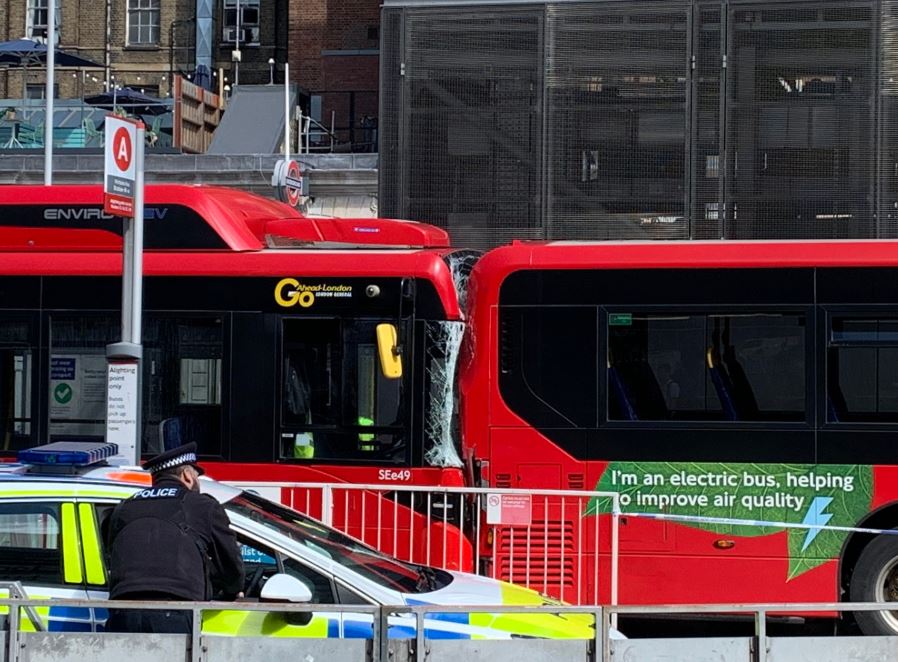 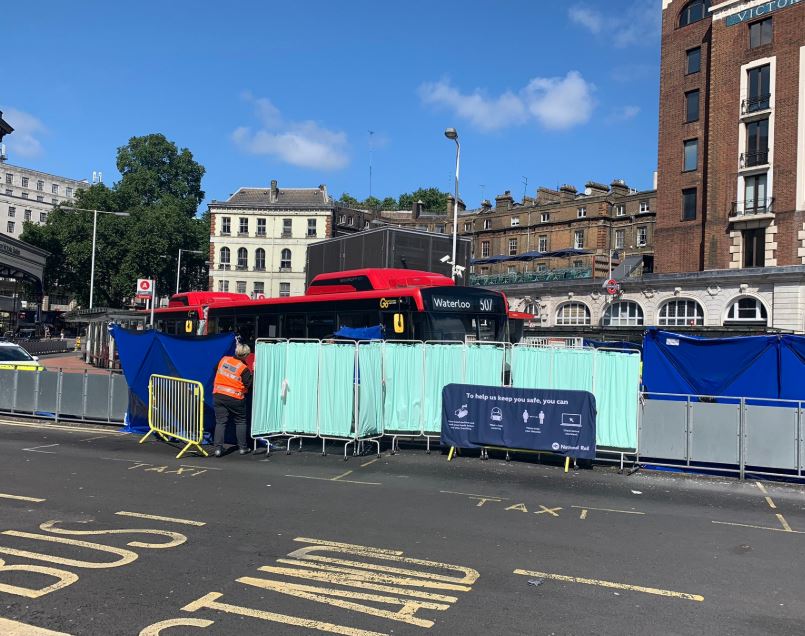 A single decker 507 bus crashed into the back of another bus in front of horrified commuters.

The woman who died at the scene was a pedestrian, police said today

Two injured people were rushed to hospital and paramedics treated a fourth person at the scene.

Emergency crews erecting protective screens as they battled to save the victim.

Cops could be seen examining the buses and photographing the crash site.

Victoria bus station in Terminus Place has been cordoned off as police investigate.

A Met Police spokesman said: "Police were called at 08:25hrs on Tuesday, 10 August to reports of a collision involving two buses and three pedestrians outside Victoria Railway Station.

"Emergency services attended and immediately provided first aid. One of the pedestrians, believed to be aged in her 30s, was pronounced dead at the scene at 09:00hrs.

"Her next of kin have yet to be informed. Two other people were treated for non-life threatening injuries."

A London Ambulance Services (LAS) spokesman said: "We treated three people at the scene, and took two of them to hospital.

"Sadly, a fourth person died at the scene."

Thug who threatened to ‘beat baby out of pregnant girlfriend’ jailed