Home » World News » ‘You are in my meeting’: Greens senator accused of verbal abuse of Indigenous elder

An Aboriginal elder says a blast of verbal abuse from Greens senator Lidia Thorpe during a meeting at Parliament House left her physically ill, shaken and requiring medical attention.

First Peoples’ Assembly of Victoria co-chair Aunty Geraldine Atkinson is seeking a formal apology from Senator Thorpe – an Indigenous senator in her first term – for her conduct during a meeting to discuss Victoria’s treaty process at Parliament House in Canberra last Tuesday. 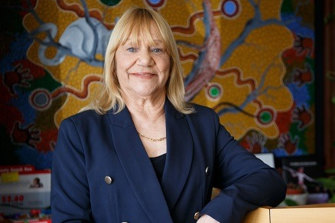 According to a letter of complaint Ms Atkinson sent to Senate President Scott Ryan and the Greens leader Adam Bandt, Senator Thorpe began the meeting by telling Ms Atkinson they were not friends and that she did not respect her, accusing her of holding high-paid roles in organisations that did not benefit the Indigenous community.

The letter also contains allegations that Senator Thorpe criticised the prominent Bamblett family, of which Ms Atkinson is a member, saying they had “always tried to undermine her and bring her down”, and that she suggested Ms Atkinson was involved in corrupt Aboriginal organisations.

“When I tried to intervene to respond, Senator Thorpe spoke over the top of me in a highly aggressive tone, repeatedly stating, ‘I am an Australian senator. You are in my meeting.’ I interpreted this as her using her position to try to intimidate me,” Ms Atkinson, aged in her 70s, said in the letter.

Ms Atkinson sought treatment from the parliamentary nurse, who believed she was suffering symptoms of trauma. She ordinarily has low blood pressure but her blood pressure was raised.

Senator Thorpe told The Age the “robust discussion” was a result of substantive disagreement on the structure of Victoria’s treaty program, which was launched in 2018 and would be the first state-based agreement of its kind.

“We enter Parliament not to make friends but to get results for our people. Throughout this meeting I voiced concerns from my constituents, many of whom are deeply worried about how the assembly has managed elements of the treaty process,” Senator Thorpe said.

“A vital concern for my constituents is the exclusion of 38 clans who have a rightful place at the negotiating table. This has caused tremendous grief for many families who had hoped that they may see recompense for having this land stolen – only to have the door slammed on them.

“We left the meeting with an agreement that we could work together. If the assembly committed to working with those 38 clans, I could voice support for the process. 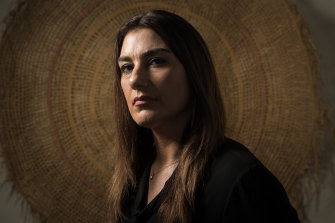 “I am more than happy to meet with anyone who is genuine about advancing the treaty process with the views of all Aboriginal Australians. I hope that Geraldine Atkinson and the First Peoples’ Assembly of Victoria will come to agree that all views should be represented.”

The 38 nations model is a contested interpretation of traditional ownership in Victoria.

Ms Atkinson’s letter claimed the senator acted in a manner unbecoming of an elected official despite attempts to calm the conversation.

“Senator Thorpe again aggressively spoke over the top of me, saying that I am being very well paid in my work. When I retorted that she too was being well paid in her role, she interrupted me and became even more aggressive, stating that she doesn’t respect me and would not meet with me again,” the letter said.

“At that point, I was so upset at the continued abuse that I got up and left the meeting.”

Labor frontbencher Penny Wong was made aware of the incident and raised the matter with the leadership of the Greens the following day.

Jill Gallagher, chief executive of the Victorian Aboriginal Community Controlled Health Organisation and a former Victorian treaty commissioner, said she saw Ms Atkinson after the meeting in a lobby of Parliament House.

“She couldn’t even talk, she was that distressed,” she said.

The heated episode highlights the division within the Indigenous rights movement between more pragmatic reformists who work within institutional frameworks and the more radical elements of the community who seek quicker and more profound changes.

Senator Thorpe walked out of talks for the Uluru Statement in 2017 and has been critical of Victoria’s treaty and process. She has a loyal group of supporters but her critics in the Greens and in the progressive movement argue her opposition to some Indigenous advancement processes works to stymie realistic reforms that have widespread support.

What did General Mark Milley do?