An Ohio mother-of-two has told how she woke up from a coma seven months after doctors told her family to turn off her life support following a seizure.

Kertisha Brabson was pronounced ‘brain dead’ by doctors who were unable to diagnose her condition.

But she has made a full recovery after her determined mother sought out a specialist who was able to diagnose and treat her Anti-NMDA receptor encephalitis – a disease where the body’s antibodies attack its own brain cells.

Brabson today told WBNS how her ordeal began in September 2018 when she started acting strangely,  then suffered a seizure and slipped into a coma.

Before the seizure she was taken to a hospital in Alliance, Ohio, where she was observed dancing, reaching for objects that did not exist and speaking in incoherent sentences. 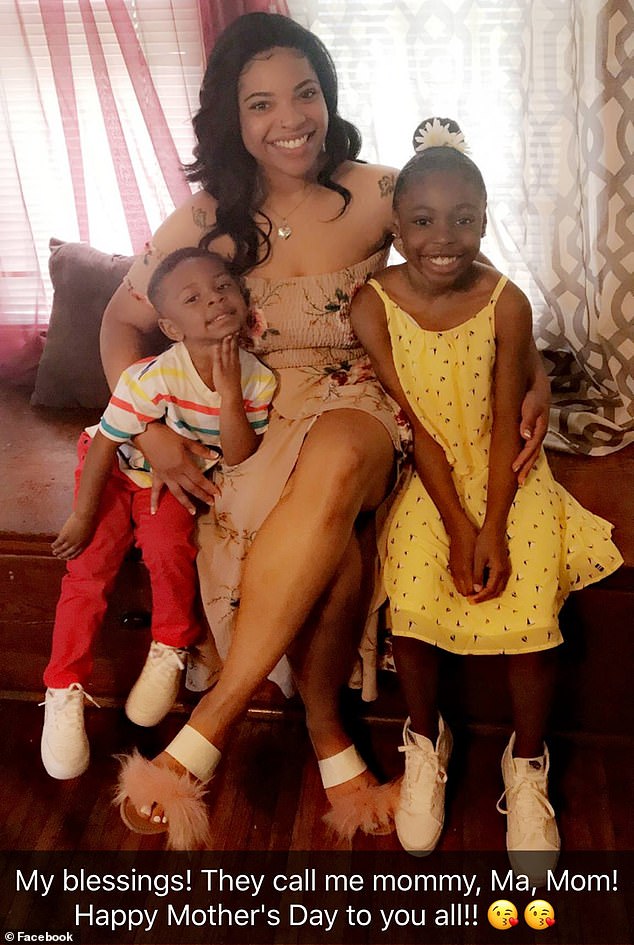 Kertisha Brabson with her daughter, Diamonique and her son, Perez. She suffered a seizure and slipped into a coma last September

What is Anti-NMDA receptor encephalitis?

Anti-NMDA receptor encephalitis is a type of brain inflammation caused by the body’s antibodies.

The disease often sees the body’s antibodies attack its own brain cells, causing swelling in the brain.

Early symptoms can include a fever, a headache and tiredness, that develop into delusions and psychosis.

Around half of cases are caused by tumors, most commonly in the ovaries.

Treatment is usually in the form of immunosuppressive medication or surgery to remove any tumors.

The 31-year-old does not remember the next seven months she spent lying unconscious in a hospital bed.

Doctors could not diagnose her condition and told her mother, Kertease Williams, that she was ‘brain-dead’ and to ‘pull the plug’, according to WBNS.

Doctors were unsure how to treat the condition, or if there even was a treatment, but Williams kept moving her daughter to different hospitals hoping to find a specialist to help her.

Williams told WBNS: ‘Something had taken over and ruining my daughter. I just don’t know what.

‘We were going to keep moving her because once I saw the doctors scratching their heads that clearly let me know they gave up and they don’t know what’s going on with her.

‘Every decision that I made was because she got two little people that was depending on their mother to come home and that was her kids.’

Brabson was taken to Ohio State’s Brain and Spinal Hospital, where she was having up to 20 seizures a day.

Doctor Shraddha Mainali, a stroke and neuro critical care specialist said patients in her condition have ‘mortality above 60 per cent’.

When Brabson finally awoke she still thought it was September, the same day she fell asleep seven months earlier. 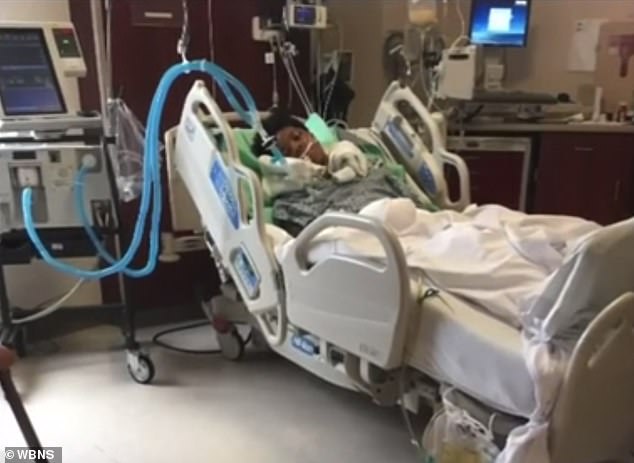 Kertisha Brabson lying in hospital during her seven-month comain hospital in Alliance, Ohio

She said: ‘[The nurse] was like ”yeah, Ms Brabson, you’ve been asleep for seven months”. I was like ”do my mom know?”.

Dr Mainali said her team aggressively treated Brabson’s encephalitis while making sure medications did not worsen her condition.

Then in April this year, after around four months at Ohio State, Brabson started opening her eyes and responding to what medics were saying to her.

Describing the moment she discovered her daughter was awake, Williams said: ‘He [a doctor] said well, she’s woke up. Oh, my goodness, we just jumped up and down and screamed and nobody slept that morning.’

Brabson and her mother say they are extremely grateful for the work of the medical professionals at Ohio State Wexner Medical Center and that she owes her life to the doctors.

Five children have died from hepatitis in the US, CDC says