A MIDDLE-aged woman is being hunted by police after she appeared to slap another female passenger after a row in a first class train carriage.

Stunned onlookers called cops after witnessing the ugly bust-up, apparently sparked by a dispute over spaces reserved for disabled people. 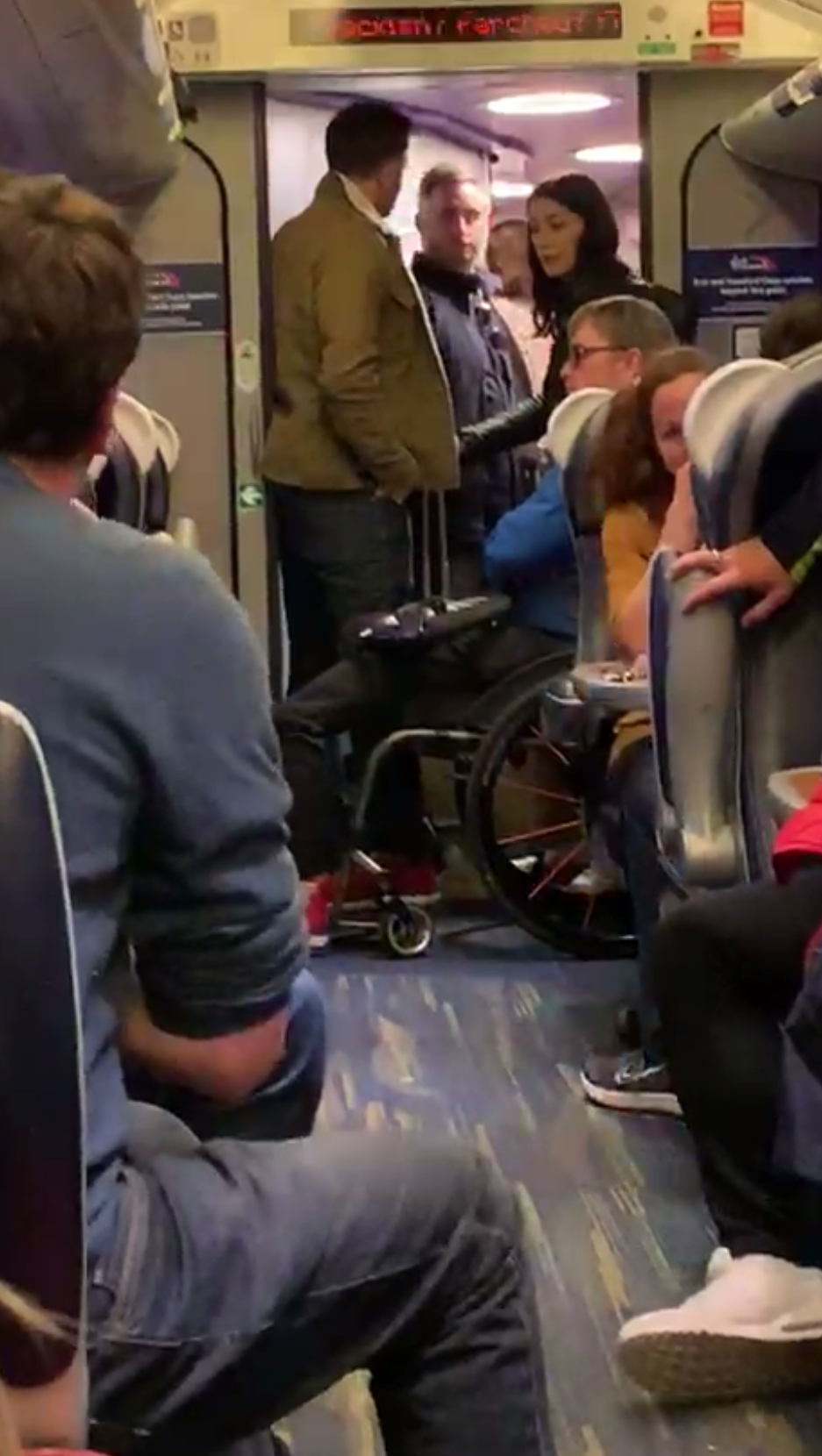 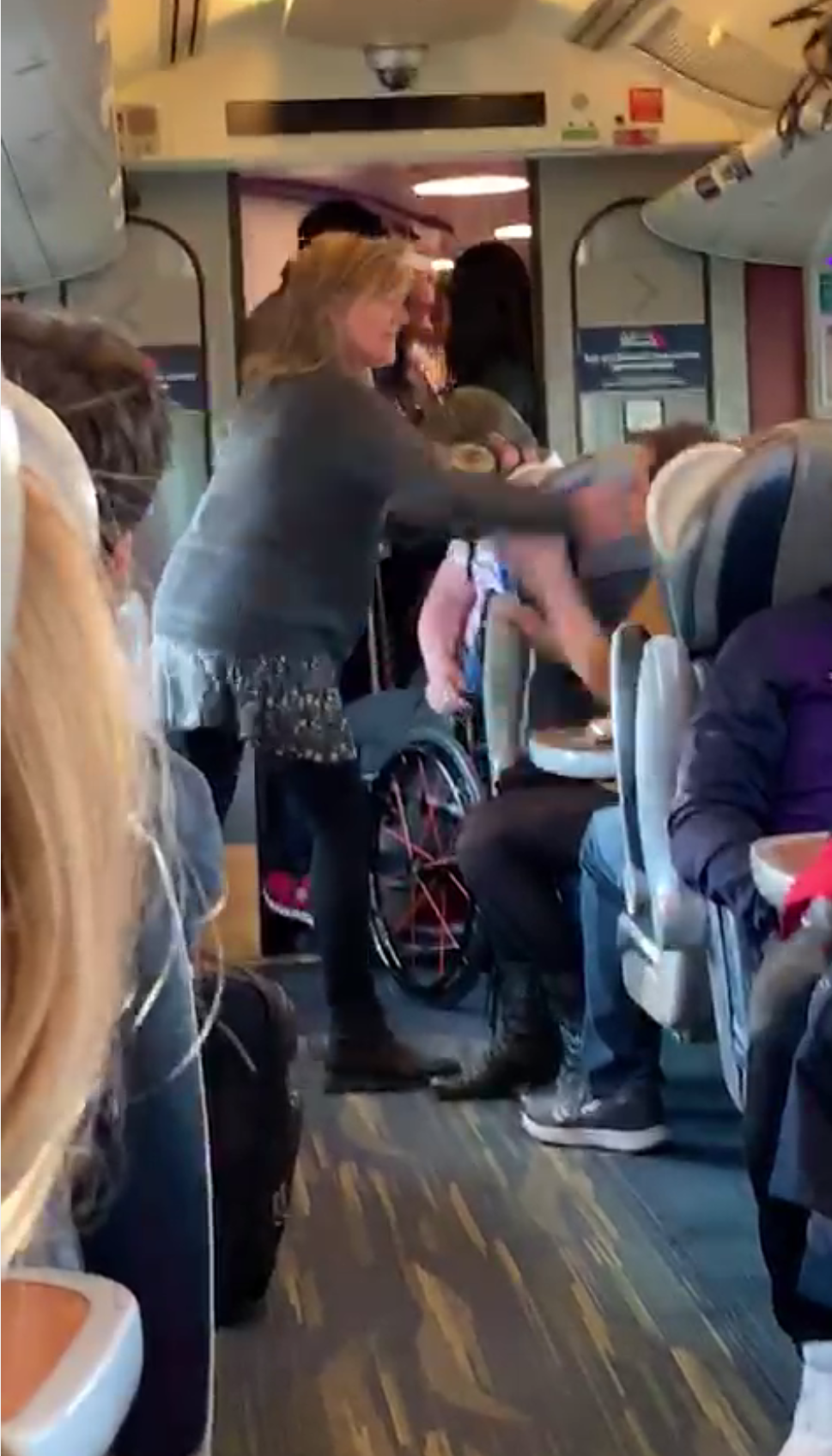 The suspect – believed to be traveling with a disabled man – can be heard calling other passengers “abilists” and “b*******s.”

The disagreement – caught on video – is believed to have started over train customers standing in an area designated for wheelchairs on the packed service.

The alleged victim can be seen talking to her, but the suspect then lunges towards her and loud whack can be heard as she tries to put her arm up to defend herself.

One man chips in: “Right, the police are being called.”

“The police will be waiting at the next station.”

Another jokingly tells the suspect: “Just sit down and have a cup of tea or something.”

But the third female passenger then gets more involved.

You are rolling your wheelchair over my feet."

“No one is being abused” she says “You need to calm down.”

“Your friend wasn’t trying to access that spot at that time.”

“You touch anyone else and I swear to God I’ll lose it.”

“You are touching innocent people, you’ve upset that poor girl.”

She then starts talking to the wheelchair-bound man and said: “Get off me.”

He replies: “I’m trying to turn around.”

To which she responds: “You are rolling your wheelchair over my feet.”

Another passenger replies: “Can we all just calm down a bit.”

I don’t lose it very easily, but you’ve made me lose it."

“I don’t lose it very easily, but you’ve made me lose it.”

The man in the wheelchair then says: “I am a human being you know.”

Another customer can be heard on his mobile reporting an “assault” to police.

All the passengers are then forced to sit or stand in awkward silence.

It happened on the 6.10pm Virgin Train service from Birmingham New Street to London Euston on Sunday.

The suspect got off at about 7pm at Milton Keynes, Bucks.

A Virgin Trains spokesman said: “We’re aware of the incident and have referred to the British Transport Police.”

A BTP spokesman said: “We received a report at 7pm on May 12 of an assault on a Euston bound train.

“A woman is reported to have attacked another woman in the first class carriage.

“The suspect then left the train when it arrived at Milton Keynes Central.

“Anyone who witnessed the incident is asked to contact BTP.” 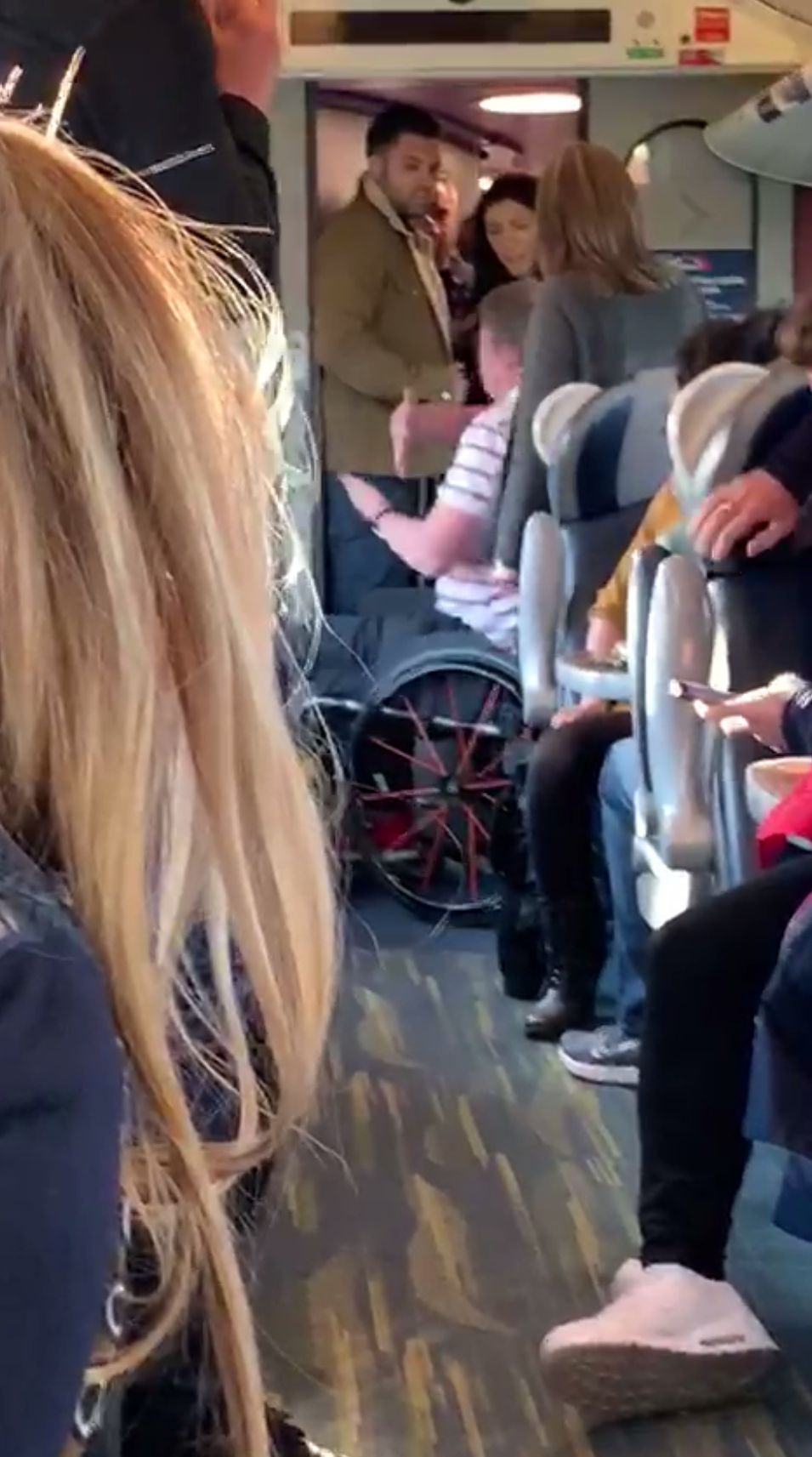