Insurance worker, 22, was blinded in one eye when boiled eggs exploded in her face after she Googled how to do them in the microwave and cooked them for six minutes

A 22-year-old was blinded in one eye after two microwave boiled eggs exploded in her face, leaving her skin peeling off.

Bethany Rosser, from Redditch, suffered the painful burns while making breakfast.  She had read online that it was safe to microwave eggs in water so long as she added salt.

But she was injured at home last Tuesday when she cooked them for six minutes at 900W then left them to cool on her worktop. 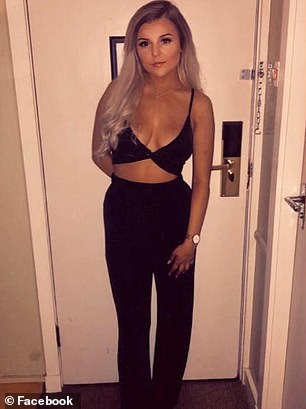 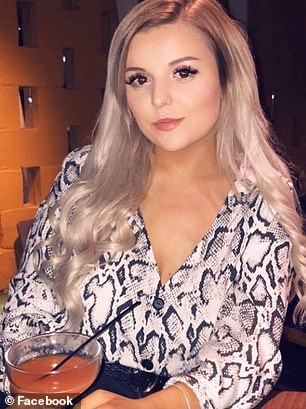 When Ms Rosser checked to see if they were ready to eat, they exploded and hit the right side of her face, she told The Sun.

She warned against people following the ‘endless’ websites and YouTube videos that say you can cook eggs safely in a microwave.

The insurance worker says she read instruction on Delish that advised cooking eggs for between six and eight minutes.

‘As I looked into the jug to see if the eggs were done, they went bang in my face,’ she said. ‘It only happened as I took them out. The eggs were fine in the microwave.’

What are the dangers of microwaving eggs?

Cooking shelled eggs in a microwave is dangerous because the casing holds in heat.

This means that, once you’ve removed the egg from the microwave, it will carry on cooking itself.

Any disruption – such as handling – can cause an explosion.

Similar dangers apply when cooking sunny side up eggs in the microwave.

This is because the yolk is covered by a film, which if disturbed can also result in explosion.

Home Tech says that puncturing the yolk before cooking may guard against this.

Scrambling eggs may also be safe in the microwave, as the yolk is disturbed before cooking.

But for the avoidance of any potential danger, it is safest to cook your eggs in a pan.

Ms Rosser frantically dialled 999 as she ran cold water on her face before being taken to Queen Elizabeth Hospital in Birminham, West Midlands.

Wet bandages were wrapped over her face as she stayed overnight after treatment. She still doesn’t know if the damage to her right eye will heal.

Long-term skin discolouration is expected after the accident, which Ms Rosser said left her ‘in total agony’ and left her ‘skin burning for hours afterwards’.

‘I’ve never been so scared in my life – I was shaking and crying,’ she said. ‘The accident was, without doubt, the worst day of my life to date.’

The Delish website tells visitors to add salt as this ‘ensures that the egg won’t explode, and though it might sound harmless, exploding eggs ARE VERY BAD’.

It continues: ‘We’re talking volcanic hot egg pieces and sharp bits of shell flying everywhere. Skip the salt at your own risk!’

Ms Rosser cooked the eggs in a one-litre microwavable jug filled with water. She says that her cousin also did the same but dodged the explosion, which in her case happened inside the microwave.

And she says a family friend’s eggs burst when took them out of a microwave, but missed his face.