A GRIPPING Netflix documentary claimed that six-year-old JonBenét Ramsey was murdered by a paedophile ring, released nearly two decades after she was found dead at her family home in Colorado, USA.

The unsolved case has seen many suspects in the firing line as its shrouded in conspiracies – with some even suggesting her older brother Burke, now 34, could have been behind the grisly murder.

Here we give you our rundown of all the key facts of this notorious cold case: 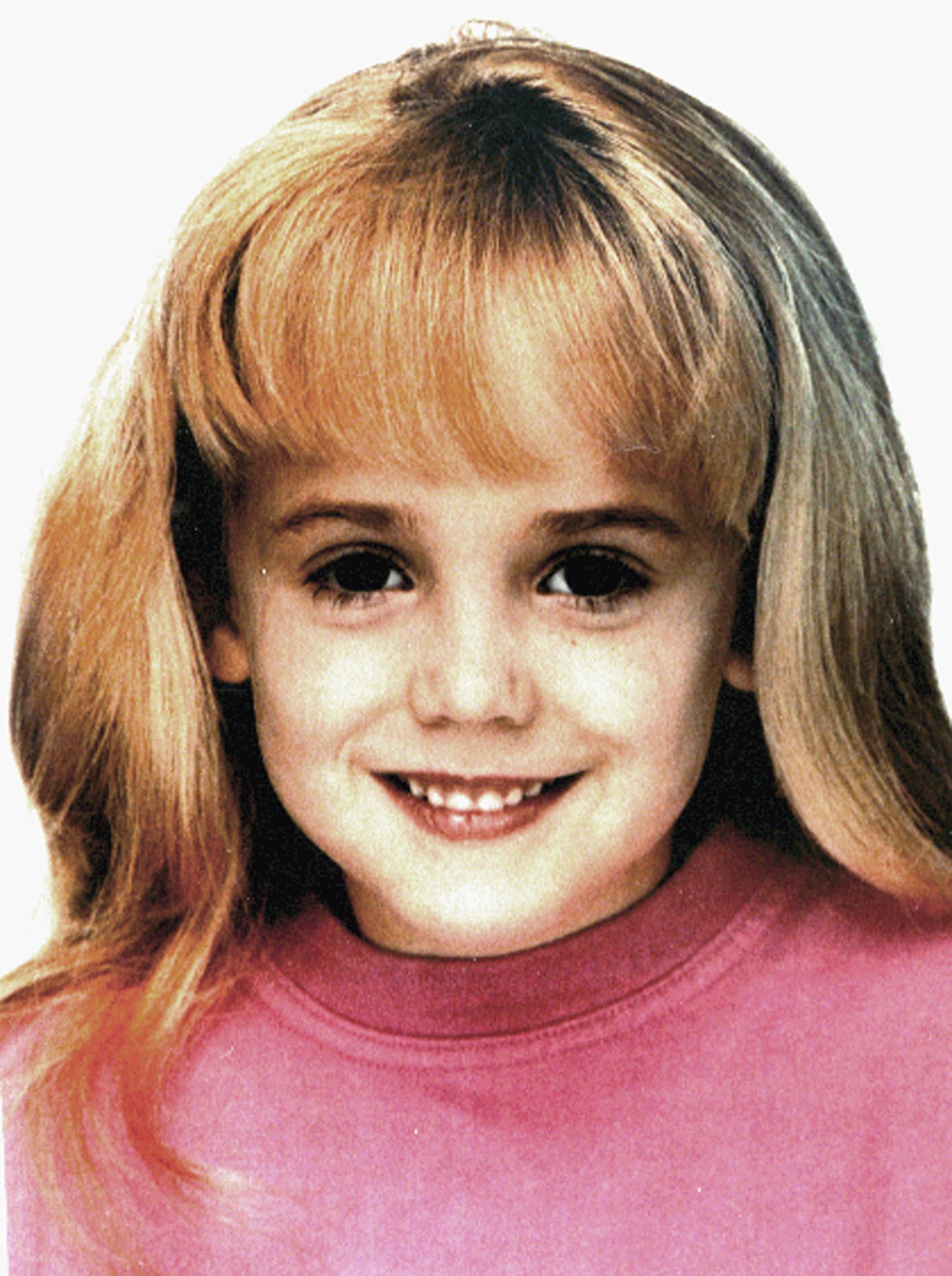 What happened to JonBenét Ramsey?

JonBenét Ramsey was found dead in her family’s home in Boulder, Colorado, on December 26, 1996.

The child beauty queen – who had been reported missing by her parents – was found by her father around eight hours later in the basement of the house.

She had been bludgeoned, strangled and hidden underneath a white blanket with a nylon cord around her neck, her wrists bound above her head and her mouth covered by duct tape.

Cops immediately looked to her family as the possible killers – but JonBenét’s parents and brother were cleared in 2008 by DNA evidence taken from the child’s clothes. 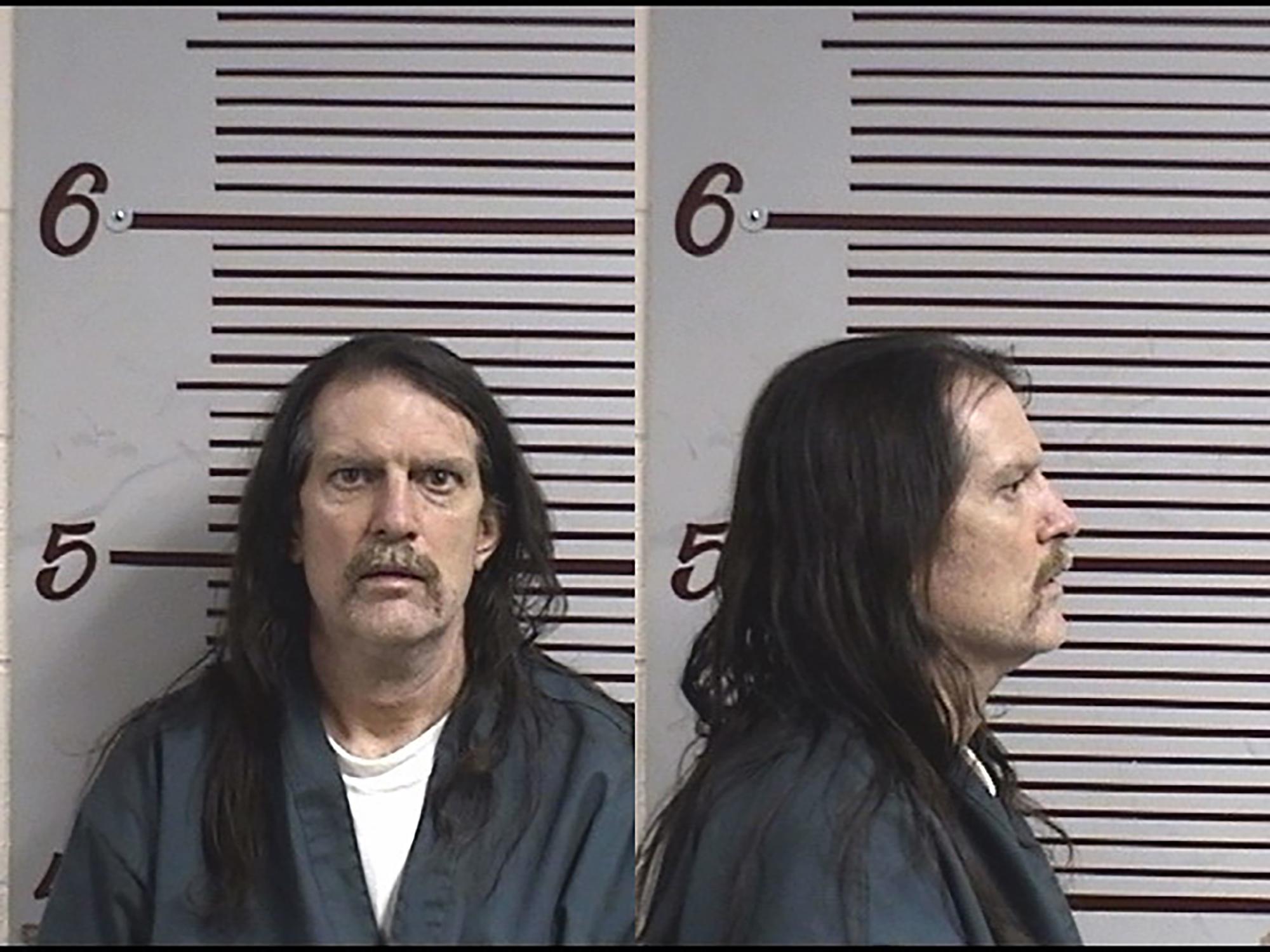 On January 10, 2019,  it was reported that a paedophile had admitted he killed six-year-old beauty pageant queen JonBenét Ramsey in a series of letters to a former high school classmate.

Gary Oliva, 56, is currently serving a 10-year sentence for child abuse images and has been a longtime suspect in the murder.

Oliva wrote in his letter, seen by DailyMailTV, from a Colorado prison: “I never loved anyone like I did JonBenét and yet I let her slip and her head bashed in half and I watched her die. It was an accident.”

Oliva was arrested in June 2016 and charged with sexual exploitation of a child, according to Inside Edition.

But there have been many theories, as well as a false confession, over the years.

After her death the family were immediately thought of as suspects by police, but JonBenét’s parents and brother Burke were cleared in 2008 by DNA evidence.

A jury voted in 1999 to charge John and Patsy Ramsey with child abuse resulting in the first-degree murder of their daughter – but the district attorney refused to sign the indictment.

JonBenét's brother Burke has also long been suspected of the youngster's murder.

He suggested the six-year-old took a slice of fruit from Burke's late-night snack – prompting him to lash out with the nearby torch.

Sleuths investigating the death for the TV show claimed Burke had “a history of scatological problems”.

They cited the evidence of a housekeeper who said excrement the size of a grapefruit was once smeared on the young girl’s bed sheets.

And behavioural experts – who earlier suggested Burke could have killed his sister in a pique or rage after she nicked some of his midnight snack – said he had mental issues around the time.

Furthermore, a never-before-heard phone conversation was described in which JonBenet’s family are claimed to have said “What have you done?”.

Burke launched a £120million lawsuit against the expert in response which eventually reached a settlement, but the terms were not disclosed. 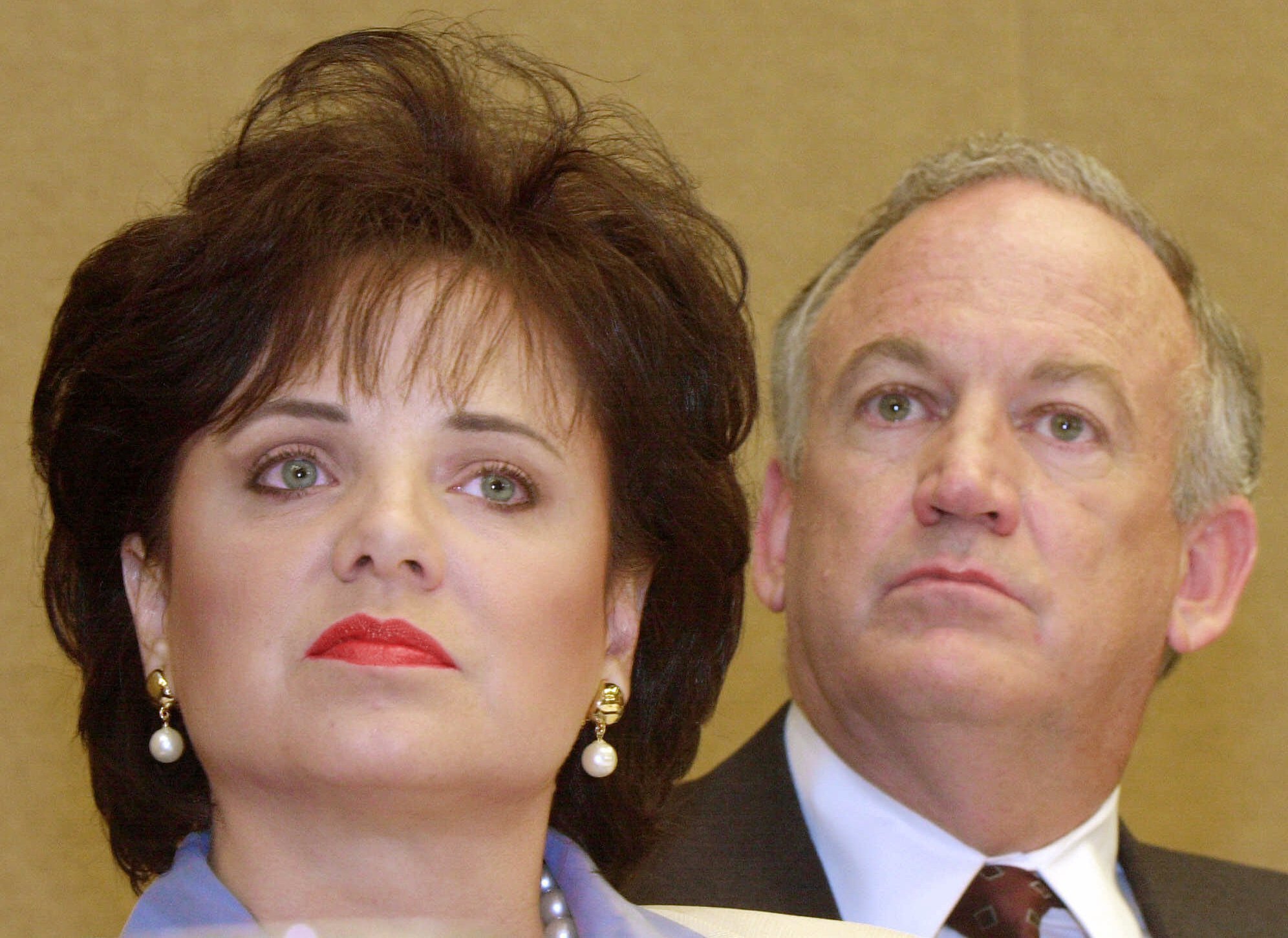 Patsy, John and JonBenét’s brother Burke were exonerated in 2008 after three pieces of male DNA were found on JonBenét’s clothing.

But many experts claim the DNA could have come from many other sources.

John Mark Karr admitting to the killing in 2008, but it soon became apparent that he had made a false confession.

Ollie Gray, a private investigator hired by the Ramseys, said he believed the killer was Michael Helgoth – a man whose family owned a junkyard on the outskirts of town.

Nobody has ever been charged with the six-year-old's murder.

What claims were made in the Netflix documentary?

Casting JonBenét interviews a string of residents from the ill-fated six-year-old’s hometown during auditions for the roles of the key people connected to the unsolved murder case.

This includes finding actors to play the roles of Patsy and John Ramsey, brother Burke Ramsey, paedophile John Mark Carr – who falsely confessed to the killing – and members of the police department.

The film recreates key moments of the case, and allows those who lived nearby to open up about their theories.

A few of the residents interviewed suggested that local paedophiles living in Boulder or the surrounding area may have been behind the infamous killing. 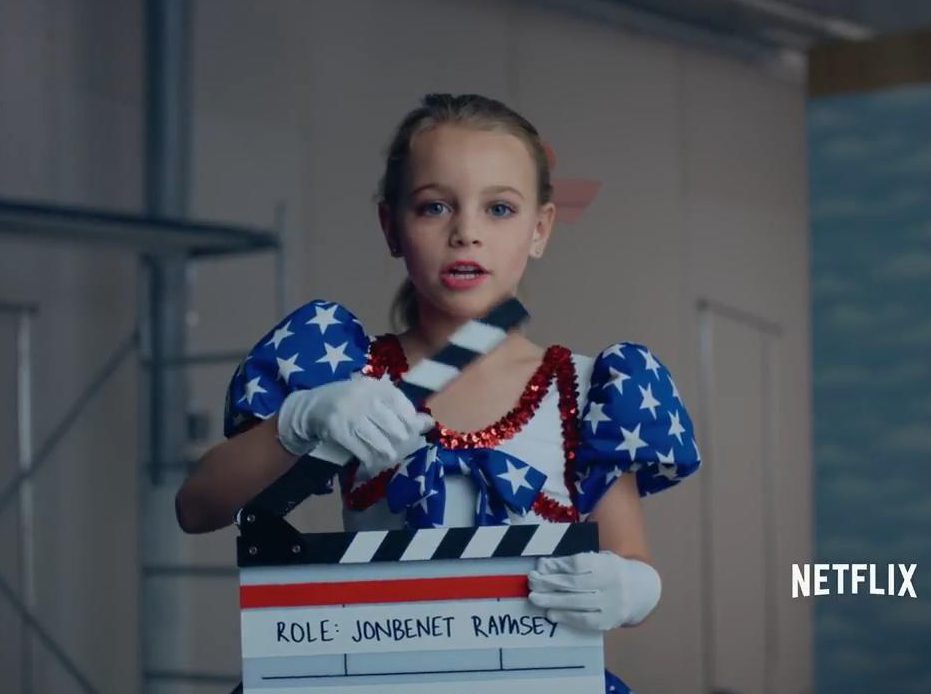 You can watch Casting JonBenet on Netflix.

What has Burke Ramsey said about Jon Benét's murder?

Burke filed lawsuits totalling £711million after the finger was pointed at him for his little sister's death.

Burke appeared on Dr Phil to clear his name after the CBS documentary The Case of: JonBenét Ramsey came out.

After the documentary aired in 2016, Burke dismissed the claims that he bludgeoned his sister in an interview on the Dr Phil Show.

He has filed a £120million defamation lawsuit against pathologist Dr Werner Spitz, and then in December 2016 launched another one for  £593million against CBS.

Burke also defended his mum – who died of ovarian cancer in 2006 – and protested the innocence of the family.

But the 29-year-old was heavily criticised for his “creepy” body language as he appeared to smile while recounting the night his sister’s body was found.

In January 2019 the lawsuit with CBS was settled for an undisclosed amount.

Why was the JonBenét Ramsey investigation hampered?

Local cops made a number of key mistakes during the early stages of the investigation, according to former Boulder police chief Mark Beckner.

Writing in a Reddit AMA, Beckner said fewer officers were available to attend the scene of the crime because it was Christmas time.

Officer Linda Arndt also allowed John Ramsey to move the little girl’s body, and she moved it again to put it near the Christmas tree.

Retired FBI agent Clemente said on Media Mayhem: “There clearly was not a child abduction.

“The district attorney looked at the pictures and said 'no parents could do this to their child' therefore he prevented the detectives from separating and interviewing the parents.”

Ron Walker, the first FBI agent to arrive at the scene, said the biggest fault with the Boulder Police Department’s investigation was the failure to interview JonBenét’s parents Patsy and John separately straight after her body was discovered 20 years ago, on Boxing Day, 1996.

Mr Walker’s claim the crime scene was “mismanaged” comes after a bombshell interview with one of the nine grand jurors who voted to indict Mr and Mrs Ramsey on charges of child abuse resulting in death and accessory to a crime in 1999.

The juror, whose identity was concealed because his knowledge is not supposed to be shared with the public, said he “highly suspected” he knew who killed JonBenet.

The ransom note: what exactly the note said

Listen carefully! We are a group of individuals that represent a small foreign faction. We do respect your bussiness [sic] but not the country that it serves. At this time we have your daughter in our posession [sic]. She is safe and unharmed and if you want her to see 1997, you must follow our instructions to the letter.

You will withdraw $118,000.00 from your account. $100,000 will be in $100 bills and the remaining $18,000 in $20 bills. Make sure that you bring an adequate size attache to the bank. When you get home you will put the money in a brown paper bag. I will call you between 8 and 10 am tomorrow to instruct you on delivery. The delivery will be exhausting so I advise you to be rested. If we monitor you getting the money early, we might call you early to arrange an earlier delivery of the money and hence a [sic] earlier delivery pick-up of your daughter.

Any deviation of my instructions will result in the immediate execution of your daughter. You will also be denied her remains for proper burial. The two gentlemen watching over your daughter do not particularly like you so I advise you not to provoke them. Speaking to anyone about your situation, such as Police, F.B.I., etc., will result in your daughter being beheaded. If we catch you talking to a stray dog, she dies. If you alert bank authorities, she dies. If the money is in any way marked or tampered with, she dies. You will be scanned for electronic devices and if any are found, she dies. You can try to deceive us but be warned that we are familiar with law enforcement countermeasures and tactics. You stand a 99% chance of killing your daughter if you try to out smart [sic] us. Follow our instructions and you stand a 100% chance of getting her back.

You and your family are under constant scrutiny as well as the authorities. Don't try to grow a brain John. You are not the only fat cat around so don't think that killing will be difficult. Don't underestimate us John. Use that good southern common sense of yours. It is up to you now John!

What evidence was there in JonBenét Ramsey's murder?

Perhaps the most controversial piece of evidence, Patsy Ramsey claimed to have found a ransom note demanding $118,000 – later revealed to be the exact amount of John Ramsey’s bonus that year.

The two-and-a-half page document, which warned the family they were under constant surveillance claimed to be from a “small foreign faction”.

It warned JonBenét would be “executed” if police were contacted. But cops later found the note to have been written on paper from a writing pad belonging to the family.

And although handwriting analysis cleared John, Patsy’s test was found to be “inconclusive”.

Ex-police chief Beckner said: “The FBI told us they’d never seen a 2.5 page ransom note. No note has ever been written at the scene, and then left at the scene with the dead victim at the scene, other than this case.”

Patsy’s call to police to report the discovery of the note was criticised by the 911 operator who spoke to her.

Reviewing the case recently, Kim Archuleta said: “I just remember having that sunken feeling, like something wasn't right.

“The problem was, if you hear the frantic [tone] in her voice when she's speaking to me, where she couldn't even answer my questions, it immediately stopped.”

Patsy tried to hang up the phone, but could apparently still be heard talking.

"What bothered me immensely, [after hanging up] it sounded like she said 'Okay, we've called the police, now what?'” Archuleta told investigators.

“And that disturbed me. So I remained on the phone, trying to hear what was being said.”

Other evidence was that a bowl of pineapple with a spoon was found on the table of the breakfast room with Burke and Patsy’s fingerprints on them.

The coroner found traces of undigested pineapple bits in JonBenét’s large intestine – but Patsy and John insisted that their daughter was asleep when they arrived home from a friend’s Christmas party.

Some have suggested this means the little girl's parents lied to investigators.