Home » World News » ‘What were you thinking?’ Shockwaves linger for Bali families of bombing victims

Denpasar: Dinda was only 3½ when her mother was killed in the Bali bombings. So young that, two decades later, it’s only by looking at the family photo album that she can make out her face.

“There’s this image I see in my mind when I try to remember her – they were in a room, my dad and my mother, they were joking, but she was faceless because I can’t remember her face,” she said. 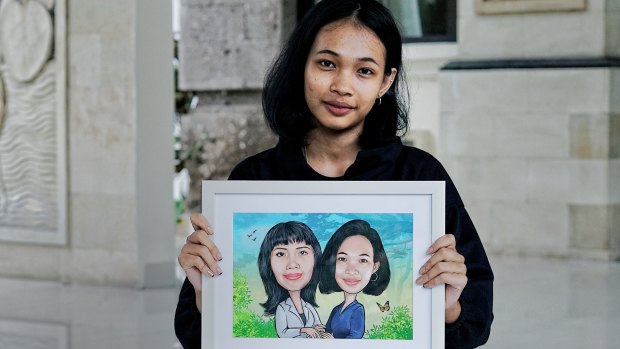 Dinda holds a newly finished artwork in which she was painted alongside her mother.Credit:Amilia Rosa

“But I’m not even sure if that is an actual memory or just a figment of my imagination.”

Now 23, Dinda, whose full name is Raden Roro Lidya Louidinda Laksono, will this week join other relatives and friends of the victims of the 2002 terror attacks in lighting candles and laying flowers at the site of the blasts.

Just after 11pm on Wednesday, it will be 20 years since the detonation of the bombs in Bali’s Kuta district that killed 202 people and changed forever the lives of those who knew and loved them.

Among the dead were 88 Australians but also 38 Indonesians. Dinda’s mother Lilis Puspita was driving late on the night of October 12 to pick up her husband – Dinda’s father Raden Priyono Laksono – from Kuta’s White Rose Resort, where he worked as an engineer, a three-minute walk from the Sari Club.

Caught in traffic, she was within 10 metres of the car carrying the bomb that tore apart the busy nightspot and, such was the force of the explosion, she could only be later identified by a DNA test on remains. She was 27.

For years Dinda’s father never spoke about the mother she barely knew, and it was not until she was in the second grade at school that her uncle told her how she died.

“When I was in kindergarten until I was in second grade, I would often cry myself to sleep because I missed my mum,” she said. “My dad was struggling to support us and trying to be a mother for me and my older brother Dimas, who was seven at the time.

“My dad tried his best but he was the type that kept things buried inside … he didn’t talk much about anything.”

It is only in the past few years that her father has begun to open up with her about the hole in their hearts, she said. 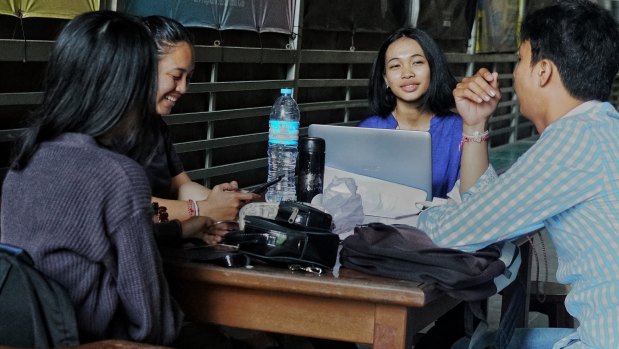 Prior to that, Dinda had to seek out her neighbours to find out what her mother was like.

“As we began to connect more, my dad told me about my late mother, how he spent over a month circling the Kuta and Legian area, combing the beach, combing the area, trying to look for my mum,” she said.

“I cried. He just circled the area every day, not knowing exactly what he was hoping to find or what he was looking for. He was lost, he was depressed.”

A Muslim woman, Dinda has found it hard to come to terms with such a mass murder being carried out in the name of her religion, one that nearly 90 per cent of Indonesia’s 270 million people follow.

She said she would like to meet the perpetrators of the attack to ask them: “what were you thinking?”

“How could anyone have such a narrow way of thinking?” she said. “Nothing in Islam says ‘let’s go and kill people’.”

But as Dinda nears the age that her mother was when she died, she does not want the tragic events of her childhood to define her life.

She will soon graduate from university with a degree in psychology and is casting her mind towards what is ahead, not behind her.

“I have accepted things. I need to move on,” she said. “I am making plans. I am preparing for my future. To look forward. To live my life.”

‘We still talk about him’

Made Bagus Aryadana was just a baby when his father Gede Badrawan, 31, perished at the Sari Club, where he was the head waiter.

Later, when as a boy he would ask his mother Ni Luh Erniati where he was, she tried to protect him from the terrible reality as she raised a family alone. 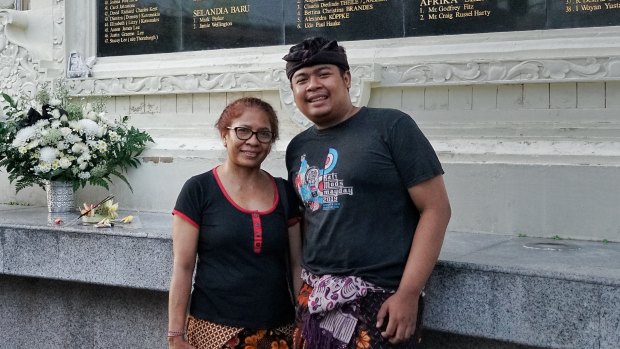 Made Bagus Aryadana, right, with his mother Ni Luh Erniati at the Bali bombings monument.Credit:Amilia Rosa

“She would always answer ‘he is away for work and he will return later with toys’,” he said. “When I played with friends and they asked me where my father was, I would just repeat my mum’s answers.

“[That happened] until the fourth grade. I was in class and my teacher asked the students their parents’ names. I guess it struck me then that my mother’s answer can’t be true. When I returned home from school I cried and demanded my mother bring my father home. For days I cried.”

Unable to hide it from him any longer, his mother told him his father was not coming back, taking down the photos of him on the wall because they made the young boy burst into tears every time he saw them.

A year later Made, who is now 21, discovered how his father had died – in a terrorist bombing – and took it just as hard.

“I felt vengeful and angry. For years after that I was still angry,” he said. “It’s not like I wanted to physically vent my anger to anyone, not that I wanted to seek out any terrorists and beat them. But I know I was vengeful.”

Gripped by questions about why his father had been killed in such a way, several years ago he joined a meeting of victims’ families with Ali Imron, one of the militants with terror network Jemaah Islamiyah who was convicted over the bombings and who is serving a life sentence in prison.

Imron apologised and Made said he “learnt from my mother not to keep anger and hate in my heart”. 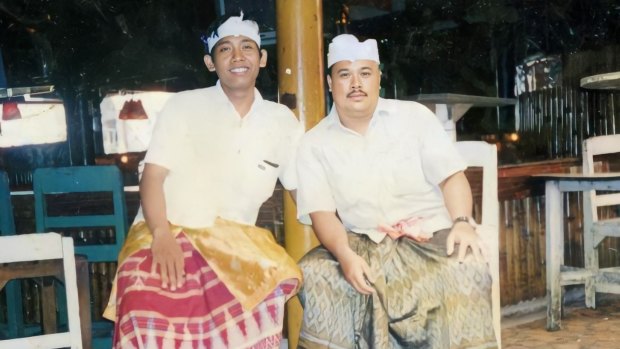 Made’s father was not a taboo topic within their Balinese Hindu family.

When he had questions about him, his older brother, who was nine when he died, told him stories: of how his father was strict with his money and stern in his direction, letting his brother go out and play as long as he was back at 5pm “on the dot”.

“We still talk about him. My mum still remembers him fondly. When she sees a romantic couple, she will point out that they used to be like that, too,” he said.

At the 10th anniversary of the 2002 attack, an 11-year-old Made read a poem he had written for his father at a commemoration attended by hundreds.

He had been so emotional during the rehearsal he could not get the words out but when the day came, he read it as if he was speaking directly to his father, pledging to “seek the future you lost”, “to make your dreams come true” and to “look after Mama for you”.

Now studying accounting at university, he doesn’t know exactly what the future holds “but whatever it is, it will be to support my mother in her business”, a Bali garment factory established by a group of widows from the bombings.

“I am very close to my mother. She is the only parent I know,” he said. “I feel even more so now [the need] to be there for my mother, to protect her, to care for her.”

It is clear Made has delivered on the promise he made to his father in his poem.

“If my husband was here today, I would tell him, ‘you can be proud of the man he has become’,” said his mother.

“He is independent, caring, sensitive, smart and a good man. He would have been proud.”

I was one-and-a-half then
I didn’t understand the meaning of tragedy
I didn’t understand the meaning of my Mother’s tears
I had only one hope
That Daddy would come home with a good toy for me
I looked at the picture of your face
I listened to Mother’s stories about you
Daddy was at work and would bring a toy for me
How much Daddy loved me
How I missed your hugs
Days turned into months
Months turned into years
My waiting never ended
I am almost twelve now
I am beginning to understand what happened
I can feel the pain in my Mother’s heart
I also now understand that Daddy will not come home
That tragedy has separated us forever
Today I stand here, on the same day and same month when Daddy left us
I read this letter for you Daddy
For all your love and suffering
I promise that my waiting will end here
I will seek the future you lost
I will make your dreams come true
and I will look after Mama for you
May God hear all my prayers

Glamorous villa in French Riviera goes on market for £9m