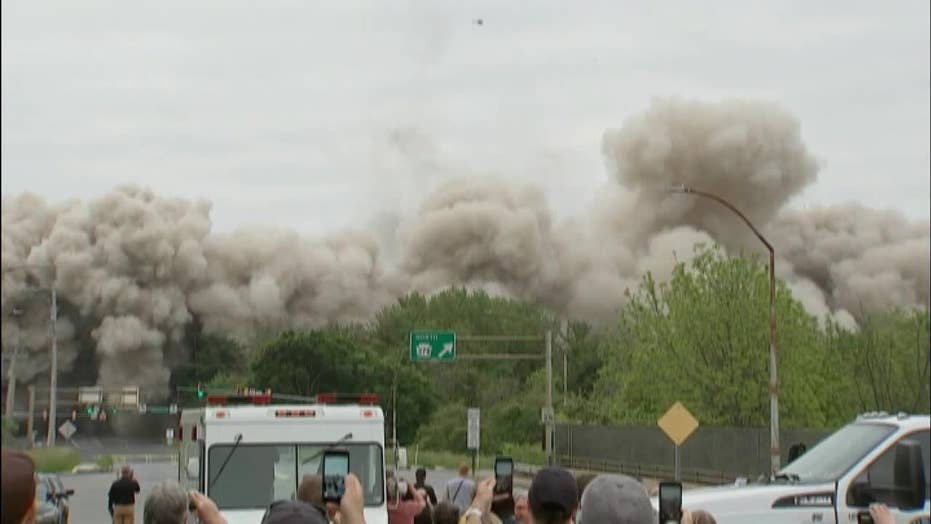 Martin Tower, the former world headquarters of Bethlehem Steel in Pennsylvania was imploded; the tower was imploded to make way for new development.

A huge piece of Pennsylvania history was destroyed on Sunday.

A demolition crew imploded Martin Tower, the former world headquarters of Bethlehem Steel, collapsing the massive structure in a matter of seconds.

The 21-story building was composed of 16,000 tons of materials. Crowds had gathered to witness the spectacle.

Although the 47-year-old building had stood vacant for a dozen years after the country's second-largest steelmaker went out of business, Bethlehem Steel once represented the height of America's power and profitability in the industry.

The implosion created a dust plume expected to linger for several minutes.

The building's current owners ultimately concluded that it made more economic sense to knock it down and start from scratch. 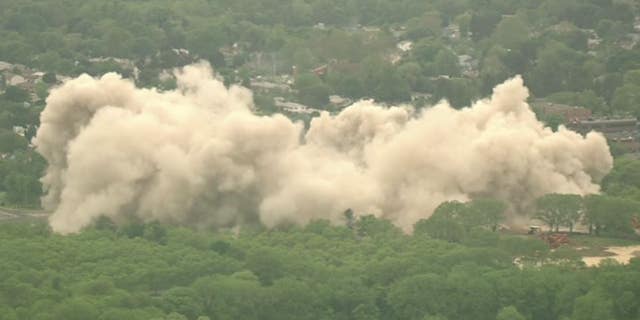 The old Bethlehem Steel building was imploded on Sunday.

Plans call for a $200 million development of the space with medical offices, retail stores, a restaurant, a convenience store, a hotel and 528 apartments, according to The Associated Press.

Bethlehem Steel was a supplier of ships and armaments to the U.S. military during World War II, and its steel is found in the Empire State Building, the Golden Gate Bridge and many other landmarks.

The company moved into its new corporate headquarters in 1972, shortly before the U.S. steel industry plunged into a severe recession. Bethlehem Steel, which employed more than 120,000 people when Martin Tower opened, declared bankruptcy in 2001 and closed for good two years later.

As of 2018, America produced the fifth largest amount of steel in the world, behind China, India, Japan and the European Union.

Cliff Richard, who is 79 today, will go on tour to mark 80th birthday