Knoxville, Alabama, police have arrested a wanted felon with more than 100 previous charges after he fled a traffic stop on Sunday.

Officers spotted Desmond Hatchett, 42, in his vehicle on Sunday evening and attempted to catch up with him and initiate a traffic stop, the Knoxville Police Department said in a Tuesday Facebook post.

The 42-year-old apparently has more than 100 charges filed against him and dozens of children, according to local news outlets. WVLT, a CBS station, reported that Hatchett has 21 children while WREG, another CBS station, previously reported that he may have as many as 30 by 11 different mothers. 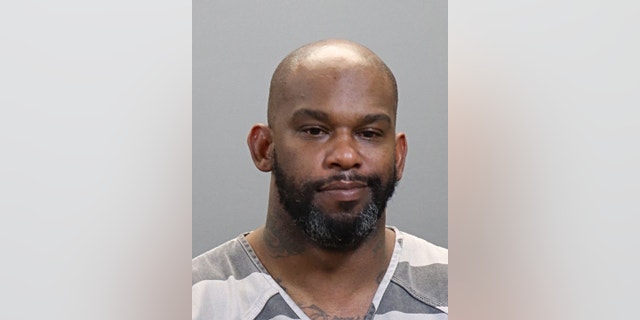 After police attempted to conduct a traffic stop on Hatchett, he fled, leading officers on a chase toward Skyline Drive, where he stopped his vehicle and ran away from officers on foot. Authorities eventually caught up with Hatchett and put him in custody “after a brief pursuit,” according to the Facebook post.

He has previously appeared in court for failing to pay child support, WREG reported.

Gun salute to Prince Philip from his beloved Royal Navy