La Trobe University has proposed scrapping or reducing about a dozen disciplines in the arts and education, telling staff on Wednesday that it is no longer financially viable to teach these subjects.

The proposal comes as the university confronts a revenue downturn in the hundreds of millions of dollars due to the COVID-19 pandemic, forcing it to shed hundreds of positions. 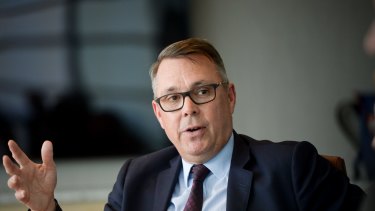 Staff at La Trobe, who have also agreed to take a 10 per cent pay cut to avoid deeper job cuts, were told that unprofitable disciplines from the schools of Humanities and Education could not continue in their current state.

Those that face being discontinued include Creative Arts, Hindi, Indonesian and Modern Greek studies. Planning and Community development and Philosophy would be scaled back.

The Bachelor of Arts would also be offered as a purely online degree at La Trobe's regional campuses, staff were told.

In the School of Education – where La Trobe last month celebrated leaping 42 places to 62nd in the Times Higher Education World University rankings by subject – the Bachelor of Technology Education faces being scrapped entirely, as would the Master of Applied Linguistics and the Master of teaching English to Speakers of other Languages.

The number of subjects offered in Outdoor Education would also be reduced.

La Trobe University said in a statement that the schools of Humanities and Education had reviewed their course and subject portfolios and found a number that were financially unsustainable.

Some of the changes would also involve a loss of jobs, requiring further consultation with staff, the university said.

"For both schools, these are proposals only and potential impacts will depend on the outcomes of the consultation," the university said.

"Any impacted courses and subjects will be taught out for existing students or suitable alternatives offered."

La Trobe University Vice-Chancellor John Dewar said the humanities disciplines in question have had "consistently low enrolments for the last few years and in the current circumstances the university can't afford to cross-subsidise them".

Disciplines being cut in the School of Education were heavily enrolled in by international students, who are currently blocked from entering the country, Professor Dewar said.

"The context of course is COVID and the fact that like every other university we’re facing a significant downturn in revenue this year, next year and probably some time beyond that," he said.

It is one of just a few Australian universities that signed up to the Jobs Protection Framework, a deal between universities and the National Tertiary Education Union in which staff accepted pay cuts on the condition the university would limit job cuts.

Universities Australia has projected the Australian higher education sector could lose $19 billion in the next three years due to the loss of fee-paying international students.

Professor Dewar said the changes to education disciplines would require about five involuntary redundancies, while any possible job losses in the humanities would go out to staff consultation.

The university’s decision to sign up to the Jobs Protection Framework had spared it from having to cut hundreds of jobs, he said.

“Involuntary redundancies are unavoidable at some point but we have done an amazing job of getting as far as we have without making a very many people involuntarily redundant.”

Mike Bloomberg’s rough presidential run — and his next challenge