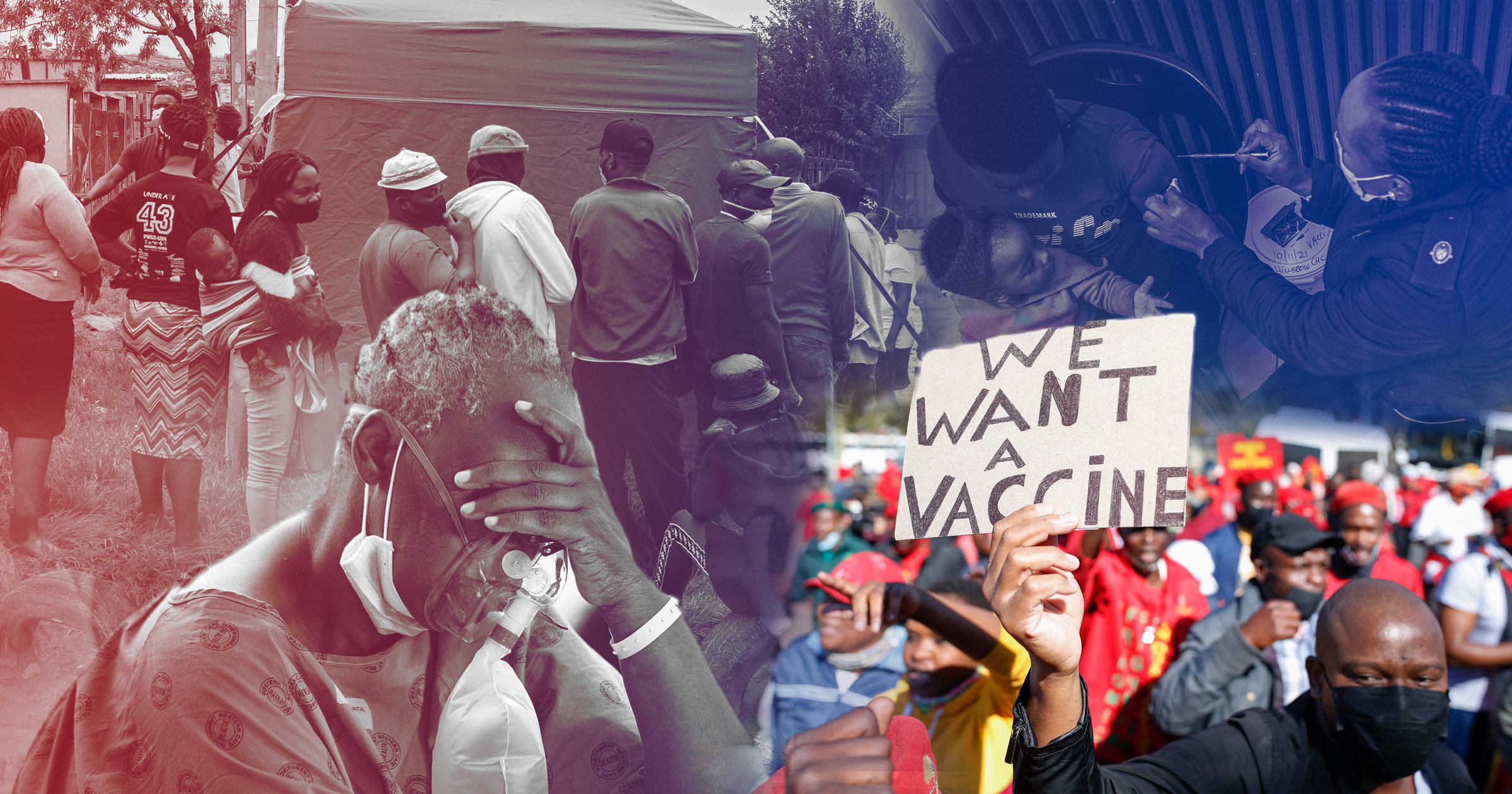 The UK and its European neighbours have been accused of inflicting ‘travel apartheid’ on African countries placed on red lists.

South African scientists told the world they had discovered the mutant Omicron variant on November 25. Whilst governments around the world thanked the country for its transparency, the announcement quickly backfired.

Some 11 African nations were put onto the UK’s red list, with much of Europe and the US quickly following suit.

It means most entry to the UK is banned and anyone arriving from these places has to pay around £2,285 for the Government’s hotel quarantine package and two PCR tests.

African leaders and international health experts have pushed back against these restrictions with the United Nations Secretary-General Antonio Guterres dubbing the rules ‘travel apartheid’.

Speaking earlier this month, Mr Guterres said: ‘We have the instruments to have safe travel. Let’s use those instruments to avoid this kind of, allow me to say, travel apartheid, which I think is unacceptable.’

When Nigeria was added to the UK’s red list on December 6, the country’s high commissioner to London, Sarafa Tunji Isola, quoted Mr Guterres.

He told BBC Radio 4’s Today programme: ‘Nigeria is actually aligned with the position of the UN secretary-general – that the travel ban is apartheid’.

Mr Isola went on to claim that Omicron is ‘mild variant’, insisting it is not a strain to panic about.

Indeed, the South African president, Cyril Ramaphosa, has also said the global bans are ‘no longer informed by science’.

Although it is too early to tell whether the Omicron variant evades vaccines, several South African scientists have said infected people exhibit symptoms milder than those with Delta.

Other experts believe the variant has not been studied for long enough to know Omicron’s effects on hospitalisations and deaths.

Even if ‘milder symptoms’ ends up being true for South Africa, the country has a much younger population than the UK and scientists want more data on how Omicron affects the elderly.

But Omicron has already been found in many European countries. There were 1,898 confirmed cases in the UK on Saturday and this number, which is probably higher in reality, goes up every day.

Top epidemiologist Professor Tim Spector believes the UK will have more Omicron cases than most African countries in less than 10 days.

Indeed, the UK Health Security Agency (UKHSA) predicts Omicron will account for more than 50% of the UK’s cases by as early as next week.

The fast spread has largely been attributed to Omicron being more transmissible than Delta, as Boris Johnson said early evidence shows

The seemingly inevitable dominance of Omicron is what African leaders argue is the ‘pointlessness’ in travel restrictions.

But besides this, Mr Rhamaposa said it was unfair for the west to penalise poorer nations with rising cases after depriving those countries of vaccines in the first place.

Kenyan GP Marie-Claire Wangari previously told Metro.co.uk the UK should delay its booster scheme so countries like hers could catch up with rich nations who were able to stockpile vaccines in bilateral deals with pharmaceutical companies.

However, it is important to note that whilst many African countries have now received the jabs they were entitled to, inoculation programmes are hindered by poor infrastructure and vaccine hesitancy.

The Department of Health and Social Care (DHSC) said: ‘Throughout the pandemic the government has been guided by the science and the advice of health experts to ensure that steps minimise the risk of importing COVID-19 cases and variants from abroad.’

More than 1,600 dead in India’s heaviest monsoon in 25 years

Plea for A-bomb pact is shunned by the UK