A British academic who was falsely arrested and accused of spying for MI6 in the UAE has accused the nation’s London embassy of launching a smear campaign against him by disseminating a 19-page dossier of personal and medical information.

Matthew Hedges, 35, who spent six months in prison in the country as a PhD student and was sentenced to life in jail before his release in November 2018, says the UAE has even released photos of him in solitary confinement.

He first became aware of the dossier after being contacted by a UK newspaper, who had received a copy of it from the embassy in London.

The document was originally created and submitted to the UN in June last year, after Mr Hedges gave evidence to the Committee Against Torture about his ordeal. 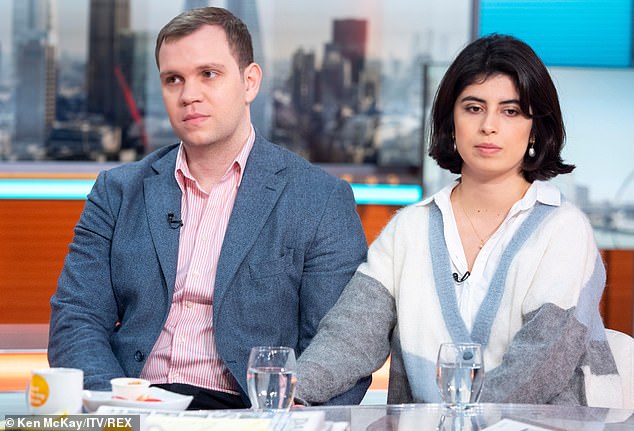 Matthew Hedges, 35 (right), pictured with wife Dani shortly after his release in November 2018 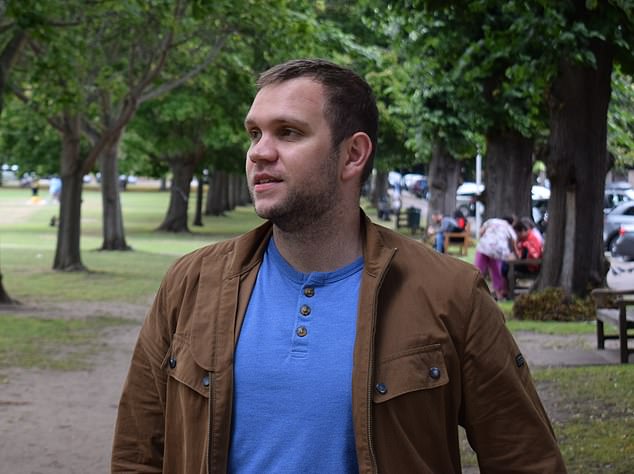 Mr Hedges, from London, has received a copy of a dossier of personal information about him, said to be being distributed by the UAE’s embassy in London

It claims he was treated at all times with ‘respect and dignity’, the Telegraph reports.

The dossier comes four years after his detention, in which time Mr Hedges has consistently detailed his time spent in solitary confinement, including being forced-fed medications, repeatedly interrogated and being deprived of sleep by being kept on the floor of a windowless cell where the lights were not turned off for months.

He was arrested at Dubai Airport on May 5, 2018, as he was poised to leave the country, having been in the UAE on a two-week research trip for his PhD in security.

Mr Hedges was accused of being an MI6 agent, detained and eventually found guilty on spying offences, before being given an official pardon after a long campaign by his wife Dani and an intervention from then-Foreign Secretary Jeremy Hunt.

The academic has always fiercely denied being involved with any spying agency and the UK government has confirmed it did not see any evidence which supported the state’s claims.

During his detention, Mr Hedges was kept in a windowless cell, and for the first few months was forced to sleep on the floor with the lights constantly switched on.

Mr Hedges also said he was forced to take a cocktail of drugs that doctors were made to prescribe for him, was constantly watched and repeatedly interrogated.

After being sentenced to life in prison, Mr Hedges told MailOnline he attempted to take his own life.

Four years after his ordeal, Mr Hedges gave evidence to the UN’s Committee Against Torture, during a review into the UAE’s actions to prevent torture.

MailOnline understands that the committee also received a dossier of information put together by the UAE, disputing Mr Hedges’s claims about his incarcaration.

Having reportedly initially said it would not be published without the UN’s and Mr Hedges’s agreement, it has now been distributed to media outlets by the UAE embassy in London in an apparent attempt to discredit his claims.

Mr Hedges told MailOnline the release of the document is ‘thuggish behaviour’ by a state desperate to tarnish his reputation.

He received a copy of the dossier late last year, and says it contains personal and medical information about him and his family. 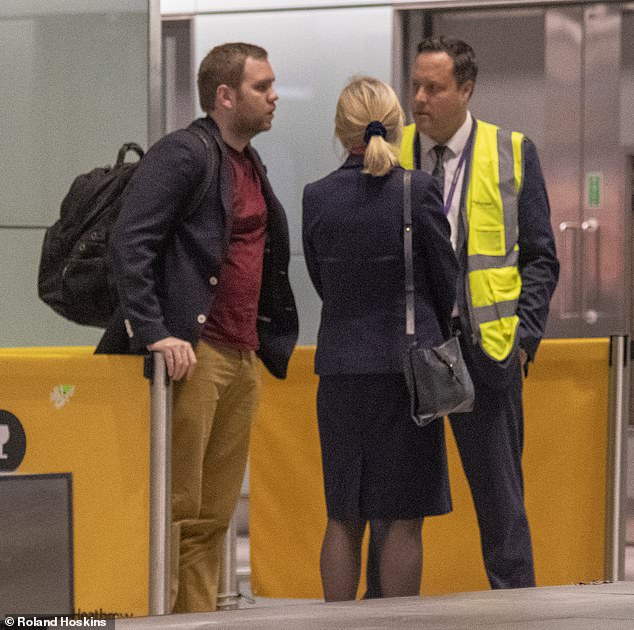 Mr Hedges, pictured at Heathrow upon his arrival back to the UK in 2018, told MailOnline he attempted to take his own life while imprisoned in solitary confinement

The 19 pages include photographs of Mr Hedges taken while he was in his prison cell, as well as a photo of himself with his wife Dani in a meeting room on the only occasion he was allowed to see her during his six-month imprisonment.

There is also said to be a photo of Mr Hedges making a phone call to his family.

But Mr Hedges told MailOnline that these images have been ‘well-cleaned and well-cropped’ to present a false view of what occurred.

He said the nation has attempted to ‘demonstrate a whole set of behaviours over seven months with a single screenshot’.

He described how any phone call he made from the UAE was made on speakerphone, while he was monitored by multiple soldiers who restricted what he was allowed to talk about.

Mr Hedges said: ‘It doesn’t show the reality of the situation.

‘I’m surrounded by soldiers telling me what to say and what not to say, it was like a hostage negotiation.

‘They wanted to make sure that they could keep up with what I was saying.’

Meanwhile his single meeting with his wife was also closely monitored –  a theme that continued throughout his imprisonment.

Mr Hedges described cameras constantly watching him, as well as an armed guard being stationed in his cell at all times.

‘All the time there was someone watching me,’ he told MailOnline.

‘In the room I am there in isolation but I have a soldier staring at me. I can’t talk to them.

‘So having a camera on, does it make a huge difference if the camera’s taking a photo of me? I already have a guy staring at me in the shower, watching me take a shower.

‘It was pretty invasive.’

The UAE maintains it treated Mr Hedges well and denies any allegations of torture or mal-treatment.

Photos of the academic with a doctor and a psychology report within the dossier are allegedly being used to try and discredit his account of his time in solitary confinement by painting a picture of fair treatment.

He told MailOnline that he did see a doctor ‘fairly regularly’ in order to be prescribed with several types of medication.

However, he added: ‘That doesn’t mean that the doctor had an independent ability to watch over me.

‘He was told what medication and how much to give me by the soldiers.

‘At one point he demonstrated concern at the amounts of different medications they were giving me, so they shouted at him to get out.

‘They allowed me to see a doctor, but when he said something they didn’t like they just told him to go away. Then they changed all the amounts.’

Mr Hedges has maintained since his release that soldiers forced him to take a ‘cocktail of drugs’, telling MailOnline he was taking multiple types of anti-depressants, sleeping medications and anti-sickness drugs.

During the six months he was imprisoned, Mr Hedges saw a psychologist on a single occasion – and alleges he was given strict instructions that he could not speak about his experiences while incarcerated.

He told MailOnline the psychology report in the dossier is dated just days before his eventual release, and makes no mention of the decline in his mental health or his suicide attempt.

‘It contains flat-out lies,’ Mr Hedges said. ‘It was written three days before I was released.

‘It says that I have never tried suicide or anything else but that was the exact reason I was in hospital.’

He believes the timing of the dossier is linked to his ongoing research into international state security, adding the state seems ‘very agitated about what I had said since my release’.

A report into the dossier by The Telegraph, who are understood to have received a copy, confirms the contents described by Mr Hedges to MailOnline.

The UAE’s embassy in London has been contacted for comment.

If you have been affected by any of the issues raised in this article you can  call the Samaritans for free, completely anonymously on 116 123 or visit samaritans.org for help and support.