Twenty woman aged between 18 and 27 were stripped and ordered to perform squats in front of Russian police cameras after being dragged away from anti-war protests, lawyer claims

Russian police detained 20 women under suspicion of protesting against Vladimir Putin’s war in Ukraine and forced them to strip naked and squat five times ‘in front of police cameras,’ the group has claimed.

The ‘suspects’ aged 18 to 27 were rounded up at or near a rally in the city of Nizhny Novgorod and subjected to ‘humiliating and degrading’ treatment, says their lawyer.

Women police officers ordered them to strip, but in some cases cell doors were open and male officers passed by.

In all cases, cell cameras fitted with video recorders spied on the alleged abuse.

Men detained at the same time were not subjected to the strip-and-squat orders. 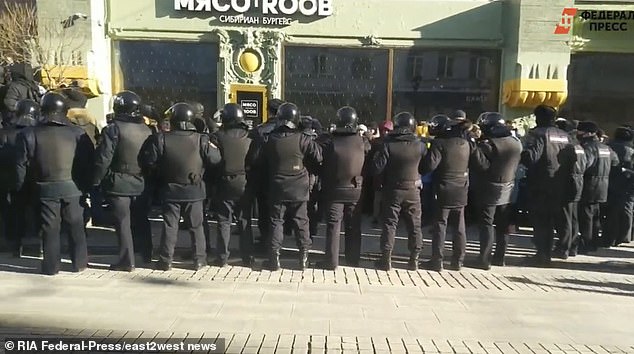 ‘I am outraged that each of them was searched in a humiliating way at the detention centre, violating our legislation,’ complained lawyer Olimpiada Usanova, who is going to court on behalf of the women to challenge their treatment.

‘The females were searched by undressing and squatting five times in the presence of a detention centre officer.

‘A second humiliating search was conducted several hours later in the cells and the women were forced to lift up their shirts, take off their panties, and bare their breasts in the camera surveillance area.

‘I am concerned that female officers did not close the doors as some women were examined, and male officers were lurking there.’

She believes that male officers also watched footage of the strip searches and squats on cell camera footage.

‘Detained men were just patted on their front and back, that’s all,’ she said. ‘The girls were forced to strip naked and crouch down.

‘And the next day, they were made to undress again, turning out their bras.

‘This is despite the fact that every cell has CCTVs. This is a severe violation.’ 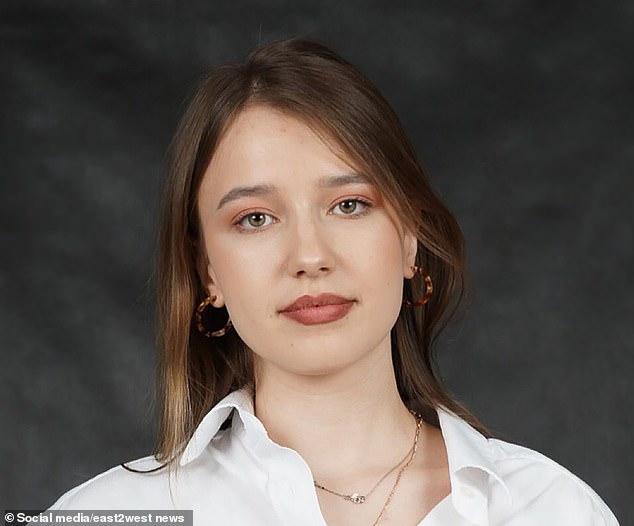 Student Ekaterina Deviatenko, 18, is one of several victims who agreed to show their identities ahead of their attempt in court to challenge their treatment 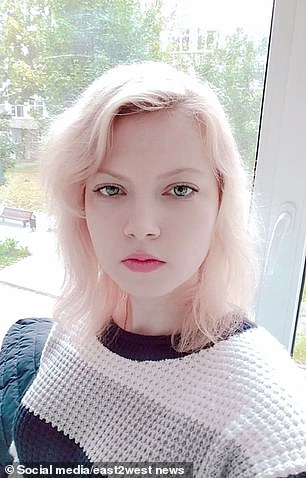 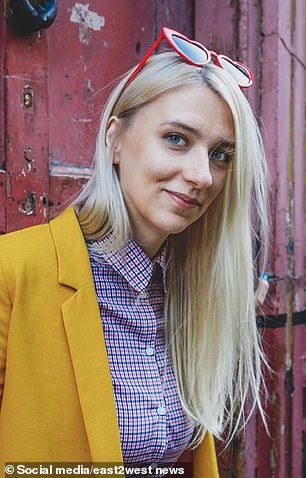 Pictured: Taisiya Kudelkina (left) and Natalya Nevar (right) are among the twenty women to have been detained during the anti-war protests. Both agreed to share their identity 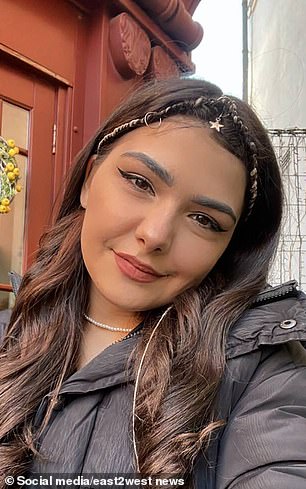 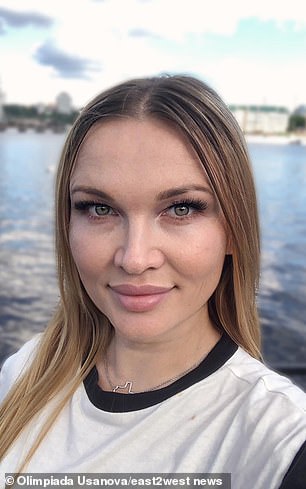 Pictured: Zemfira Suleimanova (left) is among the twenty women to have been detained during the anti-war protests. She agreed to share their identity. Right: Lawyer Olimpiada Usanova, who is representing the group of women who were detained

The scandal in the city found 250 miles east of Moscow was in March but has only now come to light as the women take legal action against their alleged treatment, highlighted in a report by Lydia Kuzmenko in cherta.media.

Student Ekaterina Deviatenko, 18, is one of several victims who agreed to show their identities ahead of their attempt in court to challenge their treatment.

She claimed to be listening to a musician near the protest rally when she was pushed into a cell-on-wheels and detained.

‘They searched us very slowly, arrogantly and with mockery,’ she said. ‘A police officer in some nook ordered me to undress. It seemed strange to me right away.

‘I stripped down to my underwear first but the officer demanded to undress further.

‘I replied that I was on my period. The policewoman replied: “Well, I’m a woman, I understand everything. Undress and squat.”

‘I had to do five squats. I sat down, then got dressed. I was given bed linen and was sent to the cell to the other girls. The conditions in the cell itself were terrible. There was no toilet paper, no bin. The smell was terrible, everyone was constantly sick.’

Other women who identified themselves – all fined for protesting against Putin’s war – were Zemfira Suleimanova, 25, Taisiya Kudelkina, 24, Natalya Nevar, 30, and Irina M, 26. One woman Yevgeniya, 22, told how at Sormovsky police station she was addressed as ‘bunny’ and ‘kitten’ before being ordered to strip naked. 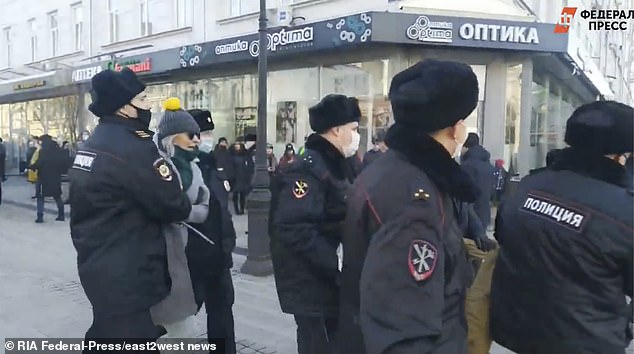 Pictured: A woman is detained by police officers during an anti-war rally in Nizhny Novgorod 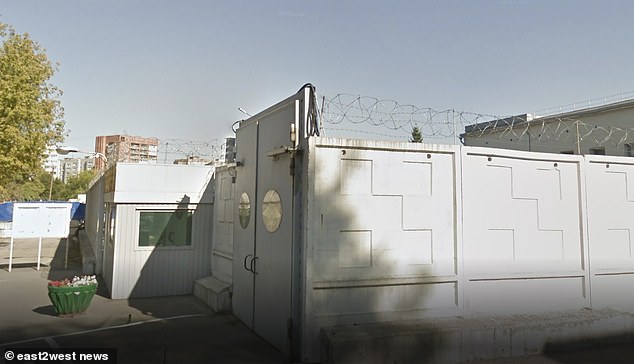 Pictured: The Nizhny Novgorod detention facility where the girls were placed 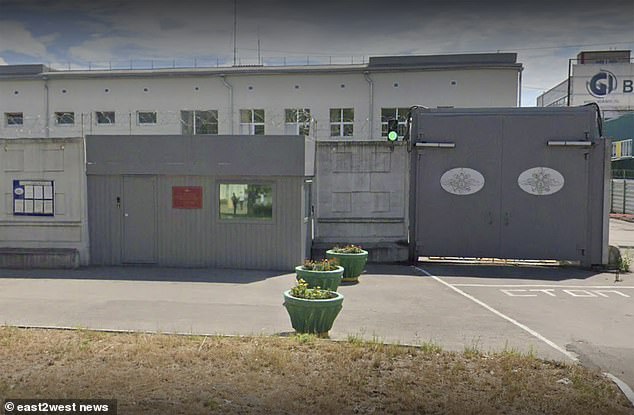 Women police officers ordered the detained women to strip inside the cells, but in some cases cell doors were open and male officers passed by. One of the women said the cells were fitted with CCTV cameras and believes they were watched by male officers

A woman officer ‘led me to the wall and ordered me to undress completely. And squat four times.’

Next morning ‘we were ordered to stand against a wall in our underwear, and expose our breasts. This was with a camera pointing at us and a video recording.

‘The door to the cell was not closed, and there were male employees in the corridor.

Another woman, Anastasiya, 24, said a video camera was visible when she was ordered to undress and expose her breasts.

Draconian laws in Russia all but forbid protest against Putin’s bloody war in Ukraine.

The women were forced to pay fines of up £215 for allegedly attending a banned anti-war rally.

‘It seems to me that this was not done by the personal will of the officers but under the supervision of the management,’ said the lawyer.

‘I assume that this was an order specifically concerning the young women.

‘Most were from 18 to 25 years old. After being in the special detention centre, many had panic attacks and tantrums.

‘Some needed counselling by a psychologist after what they went through. This is violence – violent violence. This cannot be left unpunished.

‘And if we don’t talk and write about it, in the future we may face even harsher methods, including rape.

‘We have filed a collective lawsuit against the Ministry of Internal Affairs in Nizhny Novgorod, demanding compensation for moral damage for violation of rights and humiliation.

‘We are also appealing against improper detention in police departments.’

They are demanding an average £1,700 in compensation for each woman.