Washington: US President Donald Trump should not visit Kenosha, Wisconsin, the city where protests erupted last week after a black man was shot in the back by a white police officer, the state's Democratic lieutenant governor said on Sunday.

The Republican president, who has taken a hard stand against racial protests in the country, will visit the Midwestern city on Tuesday, the White House said late on Saturday, raising concerns among Democrats that this may worsen the strife. 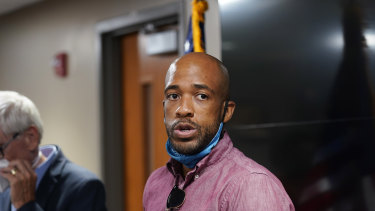 "So I don't know how, given any of the previous statements that the president made, that he intends to come here to be helpful, and we absolutely don't need that right now," he added.

The August 22 shooting of Jacob Blake in front of three of his children turned Kenosha, a mostly white city south of Milwaukee, into the latest flashpoint in a summer of US demonstrations against police brutality and racism. 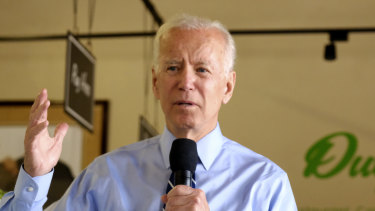 The 17-year-old suspect, Kyle Rittenhouse, is being held without bond after being charged with six criminal counts, including first-degree homicide and attempted homicide in connection with the incident, which was captured in several videos recorded by witnesses.

His lawyers say he acted in self-defence after travelling to Kenosha from his home 50 kilometres away in Antioch, Illinois, to help protect businesses during the unrest, and they called his prosecution "a reactionary rush to appease the divisive, destructive forces currently roiling this country."

Rittenhouse has also received support from some right wing commentators who have hailed the former YMCA lifeguard as a hero who wanted to defend his community and support law enforcement.

Another flashpoint in the tensions between demonstrators and counterprotesters has been Portland, Oregon, where one person was shot and killed late on Saturday after three months of nightly protests that began with the May 25 death of George Floyd in Minneapolis police custody.

The shooting in Portland came after a caravan of Trump supporters drove into the downtown area where there were confrontations with protesters, according to videos posted on social media. Police urged the public to let detectives do their work before drawing conclusions about what took place.

Asked on CBS' Face the Nation whether Trump's social media posts were heightening tensions, acting Homeland Security secretary Chad Wolf said "absolutely not." Pressed on whether local law enforcement should crackdown on violence by pro-Trump groups as well as by anti-racism protesters, Wolf said he wanted them to "address any violent activity."

White House Chief of Staff Mark Meadows echoed that the federal government stood ready to provide law enforcement support to any governor, Republican or Democrat, who needed it.