Victoria’s emergency triple zero call system was offline for hours at a time during a series of outages over the past few months, during which operators have resorted to pen and paper to log critical incidents.

The Emergency Services Telecommunications Authority (ESTA) and Ambulance Victoria investigated the case of a person who died shortly after an upgrade of the system in November caused it to fail. 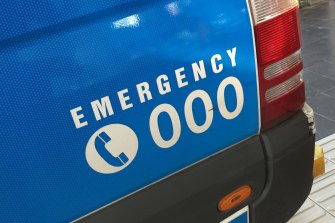 The emergency health service is in crisis.Credit:Paul Rovere

The authority did not detail the specifics of the case but said it had met with the dead person’s husband to assure him that “the chances of a similar event reoccurring were minimised”.

The incident has been reported to the Inspector-General for Emergency Management and a report is being prepared for the coroner.

“It is unknown whether the outcome [for the patient] was affected by the outage,” an ESTA spokesman said.

Leaked Ambulance Victoria correspondence shows that on at least five occasions since November the agency invoked emergency protocols where patients can be told to take taxis to hospital instead of waiting for ambulances due to the system going dark. 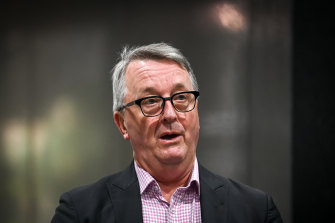 During some outages, ESTA employees revert to a handwritten process that increases the risk of inadequate responses, according to Sue Riley, the Victorian secretary of the Community Workers Union.

“[The dispatch system upgrade] created multiple subtle changes that had an enormous impact on our [call operators],” she said.

“There were hundreds of different issues being worked through, but the upgrade went ahead and made an already difficult job much harder.”

She said there was a shortage of staff and sometimes as few as one call taker servicing emergency organisations, such as police or ambulance, per million people in the state. “There’s constantly calls waiting. Those calls could be your family member,” she said.

“Workers want to commence their shift having confidence that there’ll be a safe level of service to the people of Victoria.”

In a case detailed by a former ESTA employee, a technical bug was causing incidents to not appear on an operator’s screen when a notification sound came through.

One operator believed the notification sound came from a nearby computer because they could not see the incident on their screen. The call related to a woman who was attempting to kill herself, but the operator took 20 minutes to respond to the incident because it did not appear on screen. The suicidal person did not die.

Victoria is the only state in the country where call takers are not paramedics. Ms Lackmann’s brother has questioned whether call centre workers have the appropriate health expertise to make judgments on the urgency of cases based on a person’s symptoms.

In a sign of the shortage of paramedic crews on the road, Ambulance Victoria’s acting chief operations officer Mick Stephenson confirmed that two ambulances were sent to Ms Lackmann’s home but needed to be diverted to attend what were deemed more serious incidents.

Even with 300 additional paramedics starting work in recent months, he said the service was struggling to cope with demand, which he said began to skyrocket when last year’s lockdown ended in November.

“The Victorian government is always working closely with Ambulance Victoria, ESTA, workforce representatives and other parts of the hospital and health system that interlink with ambulance services to see what can be improved and what more can be done,” she said

Our Morning Edition newsletter is a curated guide to the most important and interesting stories, analysis and insights. Get it delivered to your inbox.