SEVERAL Tory constituency areas have managed to avoid lockdown despite having higher coronavirus rates than many places with restrictions.

The government is under growing pressure to explain why it has placed large parts of the north and Midlands under local lockdowns while other areas with similar infection rates have been overlooked. 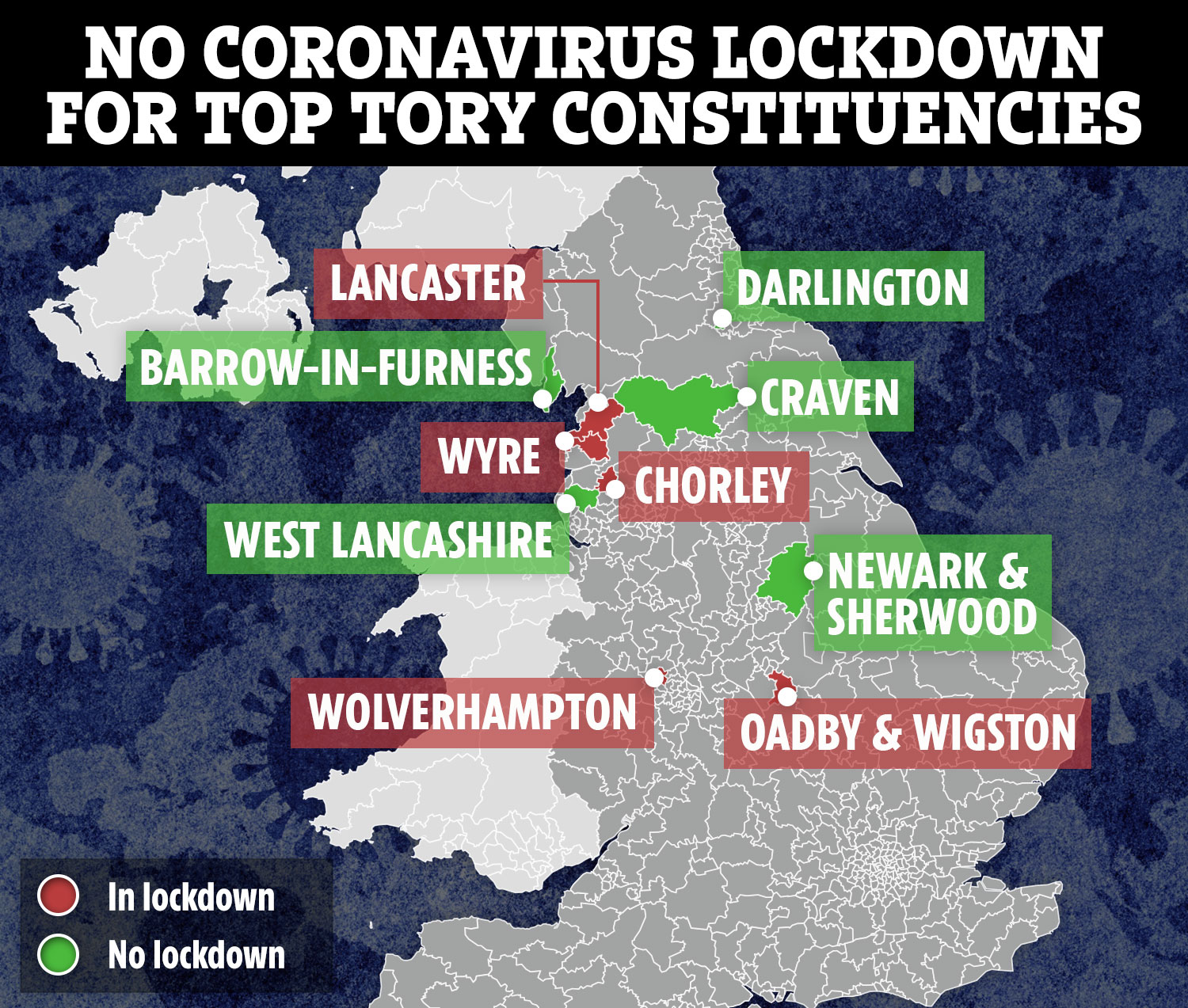 In August, the government issued local lockdowns where an area's infection rate exceeded 60 cases per 100,000 people.

In fact, of all the areas where infections exceed 70 cases per 100,000 but lockdown has been avoided, the majority are represented by Tory MPs, The Times reports.

Richmondshire in North Yorkshire – one of the least depraved areas in Britain and home to Rishi Sunak’s constituency – has 73 new cases for every 100,000 people.

Both areas have avoided lockdown.

In contrast, Wolverhampton, another poorer area, has 56 cases per 100,000 but remains in lockdown.

On Thursday, Professor Dominic Harrison, the director of public health for Blackburn with Darwen, wrote to Department of Health and Social Care (DHSC), saying the measures were “avoidably increasing economic inequality”.

He said: “There is now a different level of central control applied across local authorities, with some of the more economically challenged boroughs being placed into more restrictive control measures at an earlier point in their … case rate trajectory.

“This has the effect of exacerbating the economic inequality impacts of the virus in those areas.

"We urgently need consistency in the national strategy if the control system itself is not to add to inequality, giving an economic ‘double whammy’ to more challenged areas.”

Meanwhile, Steve Reed, shadow housing secretary, said: “People living in the north and Midlands will be asking why they’re having to face restrictions when other parts of the country that have seen infections rise are not.”

The DHSC said the incidence rate was only one criterion considered in deciding on lockdowns.

Matt Hancock, the health secretary, decides which areas to place in lockdown during weekly “gold” meetings with advisers.

Yesterday, 50 councils were subject to measures such as bans on household mixing.

However, there is no official Covid-19 infection rate that triggers a local lockdown.

Victoria Derbyshire apologises for saying she would break rule of six