Rainfall totals in this region are estimated to be up to 6 inches, though official totals are not in yet. The very heavy rain caused numerous water rescues in Houston on Thursday night and stranded cars on area roadways.

This rain comes on top of at least over 10 inches of rain for parts of southeast Texas in the last week.

The torrential rain was accompanied by damaging winds and very large hail in the southern U.S. Galveston, Texas, reported a wind gust of 76 mph, while Polk County, Texas saw hail up to 4 inches in diameter. There were 100 reports of severe weather from Texas to Alabama in the last 24 hours. 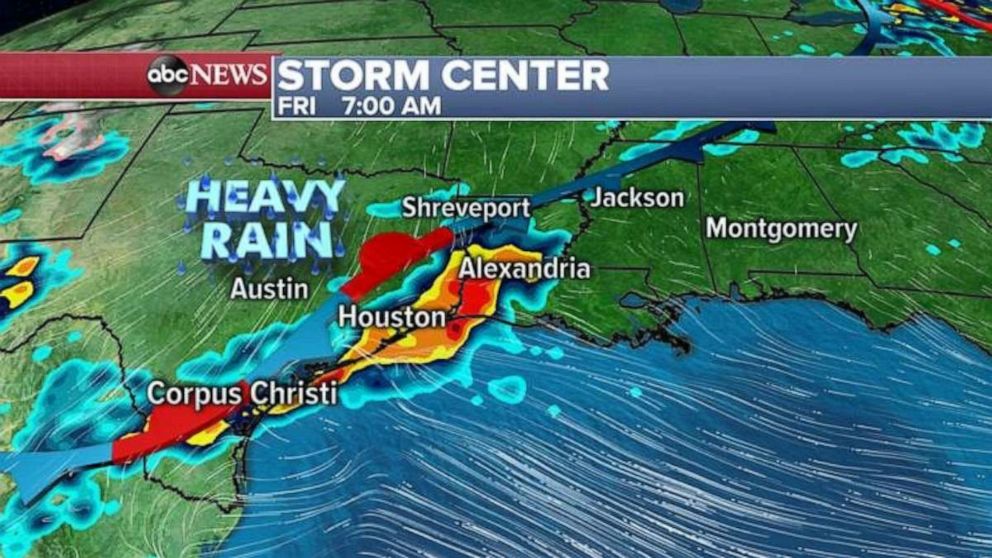 The Friday morning radar was showing an organized area of strong thunderstorms with torrential rain over eastern Texas and southern Louisiana. The severe aspects of this system are winding down, but the torrential rain will continue in the region.

Rainfall rates of 1 to 2 inches per hour are possible over southern Louisiana and totals could exceed 4 inches through the morning hours.

Much of eastern Texas to Mississippi are still under a flash flood watch, because any additional rain could exacerbate flooding in the region. 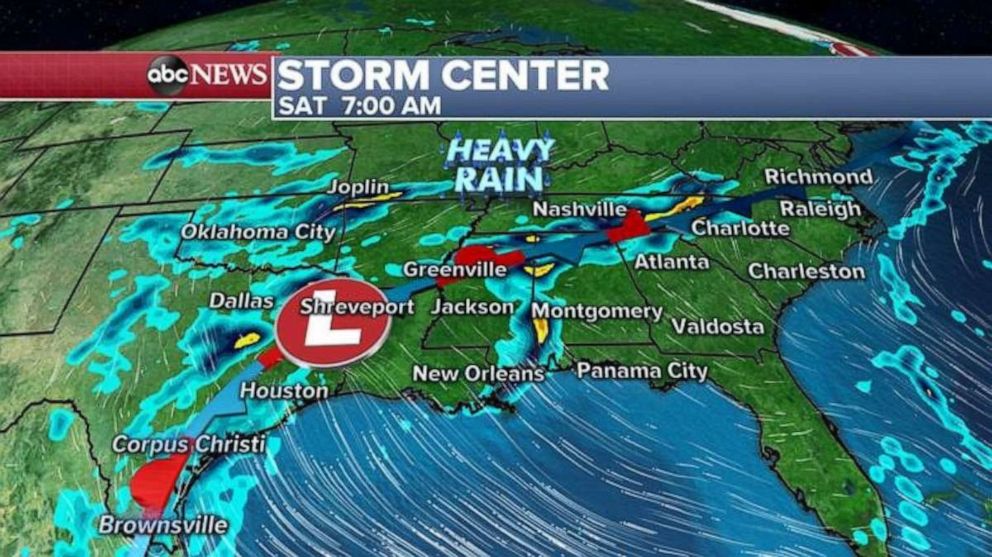 Unfortunately, the weather through the weekend looks complicated. Most of this storm activity is forming along a stalled stationary front from Texas to the Carolinas. More storms will continue to fire up along this front through the weekend.

One of those new storm systems will develop and begin to slide east into the southern U.S., with the possibility of torrential rain from Louisiana to Mississippi on Saturday.

As the storm approaches the East Coast late Saturday night and Sunday, it will likely spawn the next round of organized severe weather. Damaging winds, large hail and tornadoes are possible. At this time, it is too early to determine how bad these storms will be. 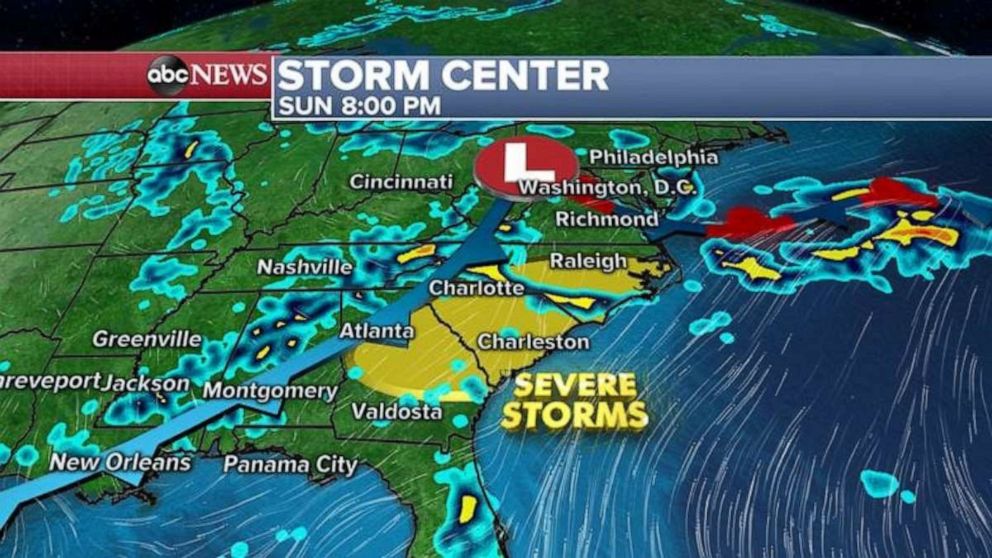 Locally, over 6 inches of rain remains possible in parts of the South, from Louisiana to Mississippi, through the weekend. Additionally, the flood threat is spreading east into the Mid-Atlantic, with 2 to 3 inches of rain headed for the Appalachians and the Carolinas through Sunday night. 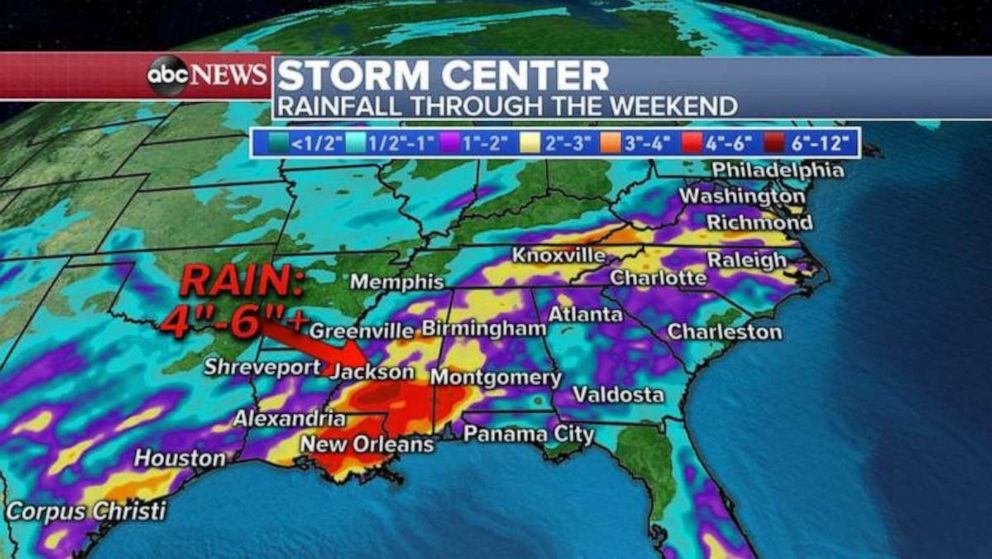 Girl, 11, who lived off chicken nuggets for a decade finally overcomes mystery phobia