Blink-182’s members Tom DeLonge, Mark Hoppus and Travis Barker are reuniting for their first tour together in nearly 10 years.

On Twitter, the band announced that they were coming to their fan’s hometowns when they shared a video of people getting excited about their upcoming tour.

Blink-182 also announced that they’re coming out with a new song called “Edging,” which is set to be released on Oct. 14.

Their new tune marks the first time in a decade that Barker, Hoppus and DeLonge have been in the studio together.

According to a press release, Blink-182 will be making stops in Latin America, North America, Europe, Australia and New Zealand starting March 2023 through February 2024, and they’ll be joined by other bands, such as Turnstile, Rise Against, The Story So Far and Wallows.

Fans can start purchasing tickets for the global tour on Monday, Oct. 17, at 10 a.m their local time on blink182.com.

This tour is a special moment for the band as it’s a homecoming for DeLonge, who parted ways with Blink-182 in 2015.

According to Rolling Stone, DeLonge said he wanted to go to “change the world for my kids and everybody else’s.” Since then, he’s been performing with his other band, Angels & Airwaves, while Blink-182 replaced him with Matt Skiba, the frontman of the rock band Alkaline Trio.

In the meantime, Barker has been making music with other musicians such as Machine Gun Kelly and Avril Lavigne, and Hoppus has been writing a book about his experience with cancer.

But even though DeLonge wasn’t in Blink-182 for the band’s two most recent albums: 2016’s “California” and 2019’s “NINE,” he still says that he has no hard feelings about his departure. 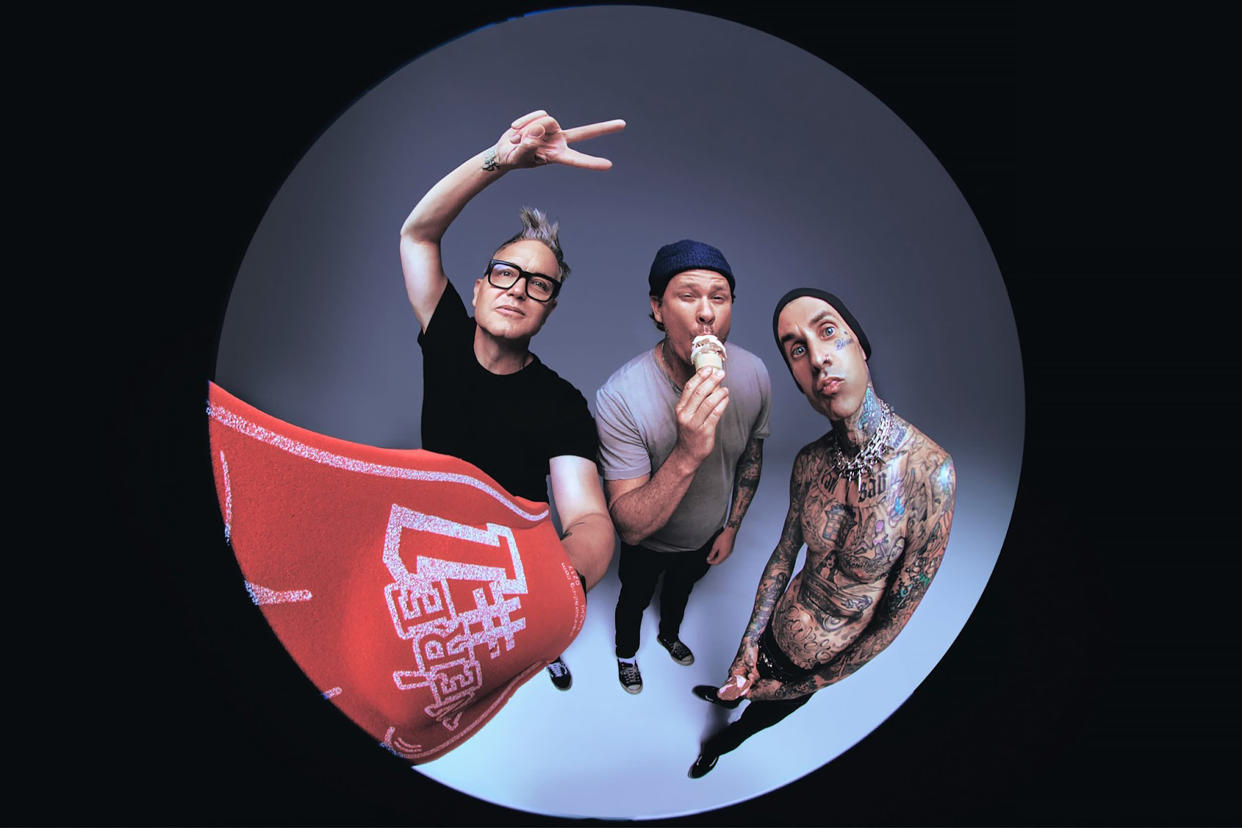 In fact, in 2019, he told Rolling Stone that he thinks there will “absolutely” be a time when they play together again.

“We all love each other and care about each other,” he said. “We don’t always see eye to eye. I think people see the differences in our art. I love seeing how they’ve evolved and what they’re doing. I think when people look at Angels and Airwaves and what I’m doing, they can tell the differences. And sometimes it’s hard when you’re all trying to paint the same painting. And every once in a while, I like to see what the painting will be if I do it a different way. Off to the side. I think there’s a healthy respect for everyone to be able to paint their own paintings.”

This article was originally published on TODAY.com