Home » World News » The Nobel Prize has a gender problem but quotas are not the answer: academy

When Philippine journalist Maria Ressa won the Nobel Peace Prize this year alongside Russian journalist Dmitry Muratov, it was only the 59th time a Nobel Prize had gone to a woman, out of nearly 1000 Nobel laureates in the history of the awards.

Since its inception in 1901, the Nobel Prize has honoured intellectual achievements in physics, chemistry, physiology or medicine, literature and peace – and winners have been largely white, male and American. (One outlier was scientist Marie Curie, an early recipient who was honoured twice.) 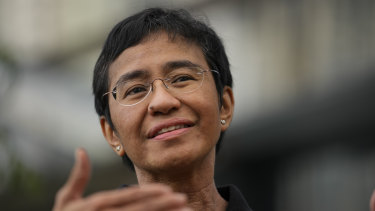 Philippine journalist and Rappler CEO Maria Ressa after learning that the Nobel Peace Prize was awarded to her and journalist Dmitry Muratov of Russia for their fight for freedom of expression. Credit:AP

Despite calls to redress historical gender and race gaps, such as by issuing quotas, the head of the academy that awards the science prizes said that has been ruled out.

“We have decided we will not have quotas for gender or ethnicity,” Goran Hansson, head of the Royal Swedish Academy of Sciences, told AFP in an interview published Monday. People should win, he said, “because they made the most important discovery”.

Hansson said the idea was last discussed about three weeks ago but rejected as “it would be, we fear, considered that those laureates got the prize because they are women, not because they are the best,” he said.

But critics say the selection process fails to take into account how systemic sexism and racism have historically favoured white men and prevented many women and people of colour from rising to the top of their fields. 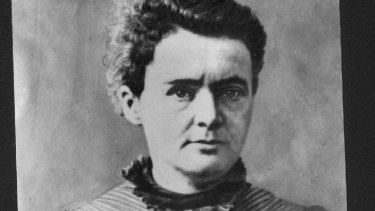 Hansson acknowledged that the process has not always been fair.

“It’s sad that there are so few women Nobel laureates, and it reflects the unfair conditions in society, particularly in years past, but still existing,” he said. “And there’s so much more to do.”

A quota to redress the imbalance, however, would not be “in line with the spirit of Alfred Nobel’s last will,” he said.

Alfred Nobel, a Swedish industrialist and chemist, laid out the founding rules for the prizes in his will, written a year before his death in 1896. He specifically stated that the committee should not consider a nominee’s nationality when awarding the prize.

In the years since, the prize has become synonymous with the pinnacle of professional achievement. But the achievements of many women and people of colour have not been part of this history.

The gender gap has been particularly stark in the sciences. Only four of the more than 200 winners in the history of the physics prize have been women.

Last year, scientists Emmanuelle Charpentier and Jennifer Doudna were the first two women to ever win the Nobel Prize in chemistry without a male collaborator, according to Smithsonian Magazine.

Recipients also remain overwhelmingly white. Just over a dozen Nobel Prize winners have been black, and no black person, male or female, has won in a science category, according to Smithsonian. 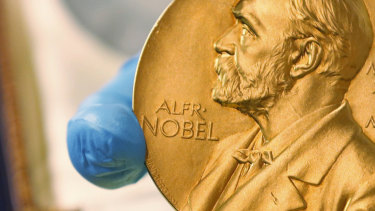 Hansson said he and his colleagues have tried to close these gaps by encouraging more diversity in the nomination process.

“We made sure that we know about the problem and also about subconscious bias, etc., in the [prize-awarding] committees and academies,” he said. “We’ve had lectures by sociologists, we’ve had group discussions, we have put quite a lot of effort into it.”

Part of the problem, he said, is that “only about 10 per cent of the professors in natural sciences in Western Europe or North America are women, and even lower if you go to East Asia.”

“We need different attitudes to women going into sciences,” he added, “so that they get a chance to make these discoveries that are being awarded”.

In a tweet this month, UN Women, the United Nations agency focused on gender equality, highlighted how rare it has been for women to break through the Nobel Prize ceiling.

“Unfortunately, the under-representation of women Nobel laureates over the years is just another indicator of the slow progress on gender equality,” UN Women wrote on Twitter.

New charges could be looming in Jeffrey Epstein investigation

Are thugs targeting NHS workers on their way to fight coronavirus?