Amy Shark live on stage and pre-recorded tracks from Jimmy Barnes and Crowded House made the second Music From the Home Front special again, but there were added ingredients this time around.

Michael Gudinski’s children, Matt and Kate, playing key roles in the broadcast was a powerful reminder of the project championed by their father, who died early last month.

Kate interviewed some of the artists and Matt, who has taken over his father’s role at the head of Mushroom, said Music From the Home Front showcased the power and diversity of Australian music. 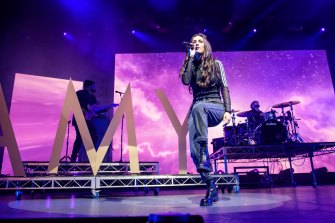 Amy Shark was among the many performers at the Home Front concert.Credit:Ian Laidlaw

“My dad spent his life fighting for and championing,” the very same artists who shone last night, Matt Gudinski said. “This was his baby and incredibly hard to do without him … but he’d be incredibly proud.“

Delta Goodrem’s pre-recorded version of John Farnham’s song Your the Voice, opened the broadcast, which featured a blend of recorded tracks and live performances from the Sidney Myer Music Bowl.

Last year’s Music From the Home Front, which Michael Gudinski pulled together in nine days, was all pre-recorded due to lockdowns brought about by COVID-19.

Tash Sultana was among the live acts that warmed up a chilly ANZAC Day eve, playing songs from her new album Terra Firma and featuring a guest performance from Jerome Farrah.

The Rubens, another Australian band, strongly supported by Michael Gudinski, played new tracks from latest album 0202 and Mia Wray was among the live standouts with three powerful songs with her six-piece band.

Flesh and Blood from his forthcoming album and Cold Chisel’s Flametrees. The veteran rocker paid tribute to Gudisnki, who was a close family friend as well as a long time supporter of his many musical endeavours. 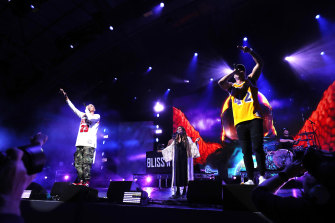 Amy Shark, like so many of the artists involved last night, has great memories of working with Michael Gudinski and told The Sunday Age she was thrilled to be part of a powerful night for Australian music.

Lime Cordiale, Bliss n Eso, Kasey Chambers and You Am I featuring Haley Mary playing Skyhooks’ Livin’ in the 70s were among the other acts to feature on what could become an annual event for Australian music fans.

“I would love to see Music From the Home Front become an annual event, “Barnes said, “It was Michael’s passion, as it was his whole career, to champion Australia and Australian artists.

“So yes, I’d love to see that great work continue with a yearly event in his honour. 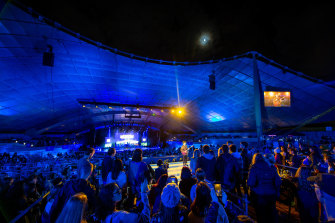 Sexual exploitation and assault: The dark side of Magaluf jobs that lure thousands of Brits each year