The Texas police chief under intense scrutiny over his decision to wait to confront the gunman in the Uvalde school massacre said Wednesday that he’s in daily contact with state investigators.

Pete Arredondo, the head of the Uvalde Consolidated Independent School District police, appeared to push back on an official’s statement that he’s cut off communication with Texas Department of Public Safety investigators during an interview with CNN.

“Just so everybody knows, we’ve been in contact with DPS every day” Arredondo told the cable news outlet. “I’ve been on the phone with them every day.” 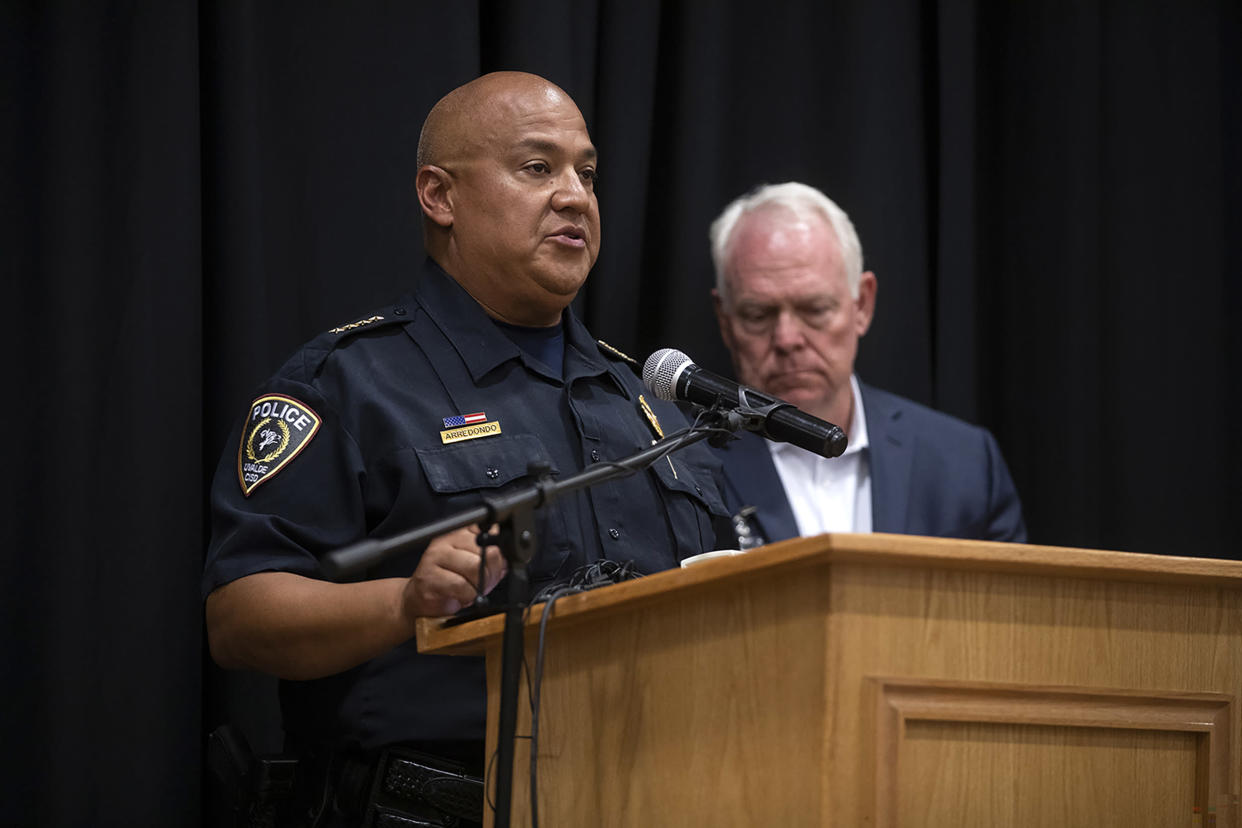 The state agency could not be immediately reached for comment Wednesday.

Arredondo’s comments were made after Department of Public Safety spokesman Travis Considine said Tuesday that he had not responded to requests for additional interviews about the shooting at Robb Elementary School that left 19 children and two teachers dead.

Arredondo is said to have been the incident commander who incorrectly believed the gunman to be a barricaded suspect and ordered officers to remain outside during the shooting.

“It was the wrong decision,” Steven McCraw, the head of the Department of Public Safety, said at a news conference Friday.

After more than an hour, federal agents disobeying Arredondo’s orders entered the school and fatally shot the gunman.

Law enforcement experts around the nation have said police on the scene should have moved in much sooner.

Arredondo said he wouldn’t speak publicly about the shooting again, claiming he needs to keep a low profile to honor victims.

“Obviously, we’re not going to release anything,” he said. “We have people in our community being buried, so we’re going to be respectful.”

On Tuesday, Arredondo was sworn in as a newly elected member of the Uvalde City Council, Mayor Don McLaughlin said in a statement.

Officials canceled a ceremony for the event “out of respect for the families who buried their children today, and who are planning to bury their children in the next few days,” he said.

Victoria Derbyshire apologises for saying she would break rule of six