Tesco has told customers to throw away beer, warning some cans could explode violently.

Vocation Brewery’s Lower Altitude Table Beer has been deemed too risky to sell or stock on shelves after it was revealed the cans could spontaneously combust.

The Trading Standards and the Government’s Food Standards Agency have issued a public safety warning about the beer.

Fermentation is causing the beer cans to swell, putting them at risk of bursting. 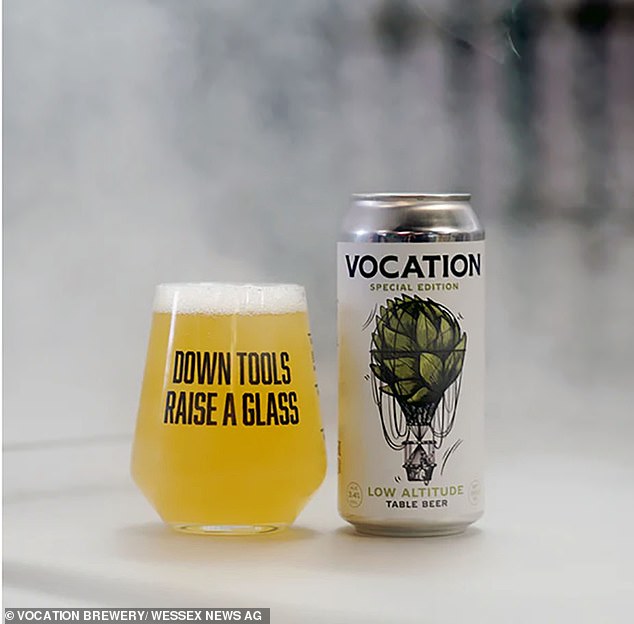 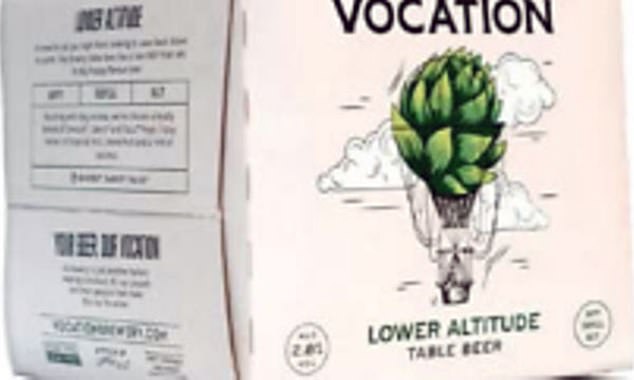 The 2.8 per cent strength beer was listed on the Vocation Brewery for £2 a can

There is a fear people have bought cans and have them sitting at home, ready to drink.

Tesco are now offering anyone who has bought the beer a full refund – even without a receipt.

All customers need to do is take a photo of the beers, throw them away and show the picture to Tesco staff to get their money back.

Vocation Brewery’s website, which says the beer ‘bursts with flavour’, listed it at £2 a can. Tesco has been selling it in packs of four 330ml cans.

The supermarket giant warned on its website: ‘Product recall – if you’ve bought an affected product, please don’t drink it. 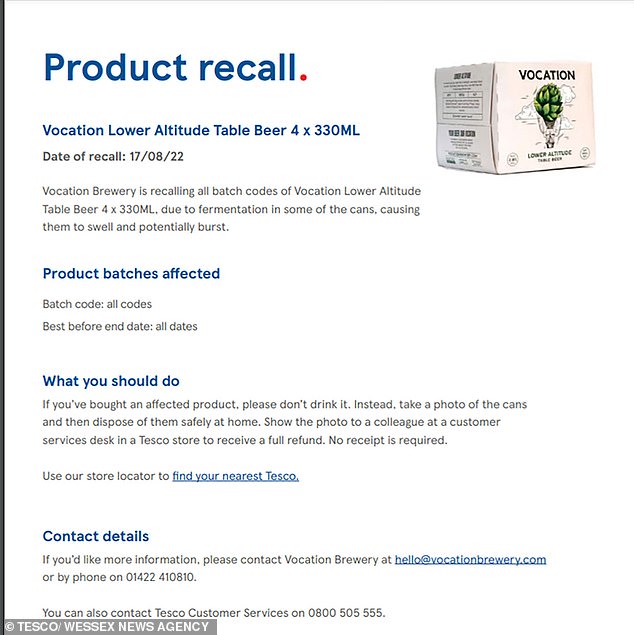 ‘Instead, take a photo of the cans and then dispose of them safely at home. Show the photo to a colleague at a customer services desk in a Tesco store to receive a full refund. No receipt is required.

Listing the affected product, Tesco said: ‘Vocation Brewery is recalling all batch codes of Vocation Lower Altitude Table Beer 4 x 330ML, due to fermentation in some of the cans, causing them to swell and potentially burst.’