SHOCKING footage shows passengers praying for their lives after their jet collided with a flock of birds blowing out one of the engines.

As the Boeing 737 shook violently, some of the 115 people on board asked "are we on FIRE" as sparks and smoke spewed from the shattered left engine. 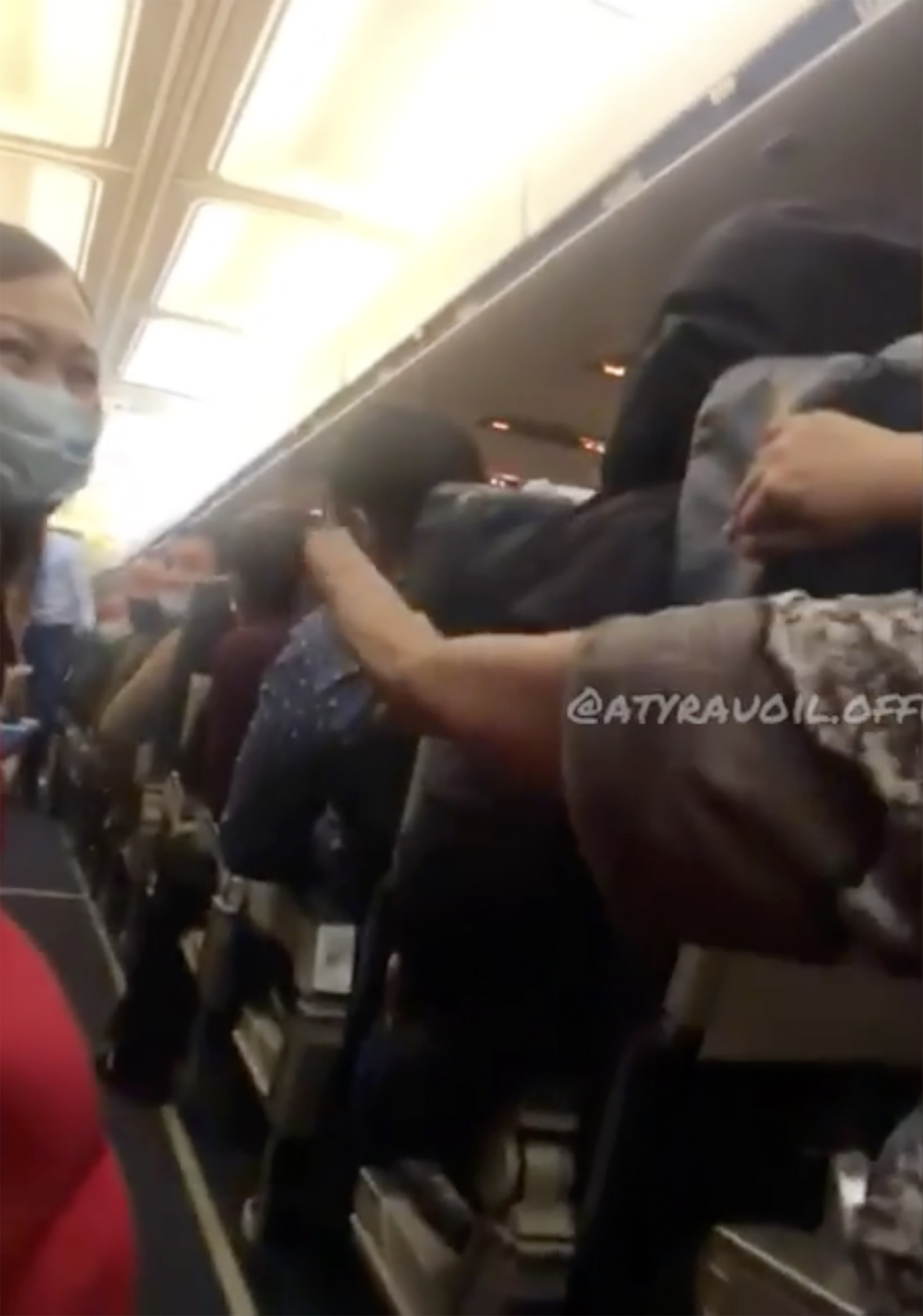 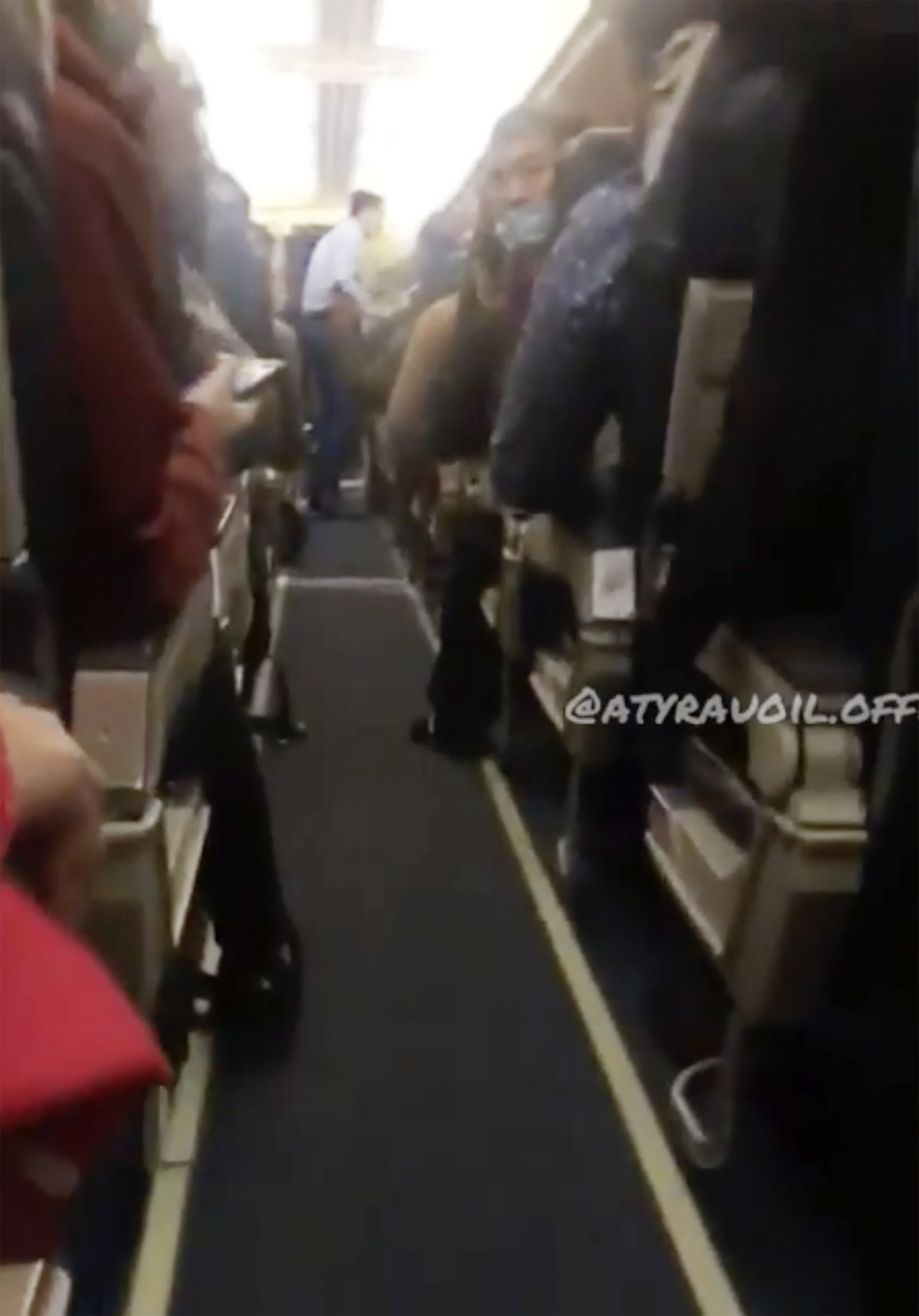 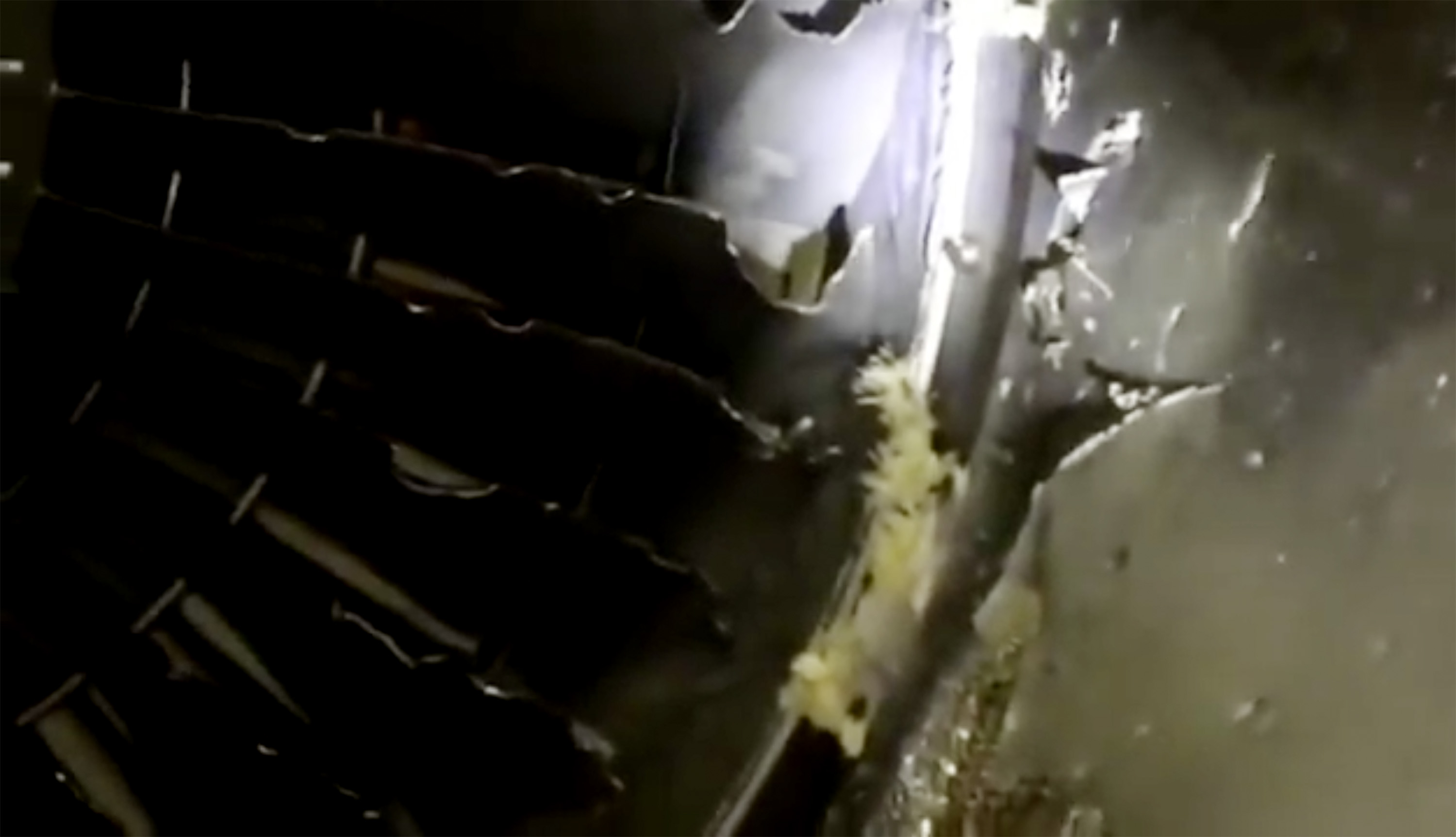 The plane was forced to make an emergency landing in Atyrau, Kazakhstan 15 minutes after take-off.

Reports say the 737 had collided with migrating geese or ducks during the night time flight.

Footage shows how feathers and remains of the birds were wedged into the damaged jet engine.

Passenger Aybek Aytanov said: “It was smoking, the engine sparked. People who sat next to the windows saw this.

“The plane shook, people were panicking. With a lot of effort we all calmed down and the plane somehow managed to land.

“We were all praying as we were landing.”

The crew initially admitted they did not know what the problem was and passngers believed they were about to die.

Pilot Captain Ivan Karpovich is to be nominated for a bravery medal after successfully bringing down the flight, Astana TV reports.

The SCAT Airlines flight DV766 was en route from Atyrau, close to the Caspian Sea, to capital city Nur-Sultan.

Aviation officials have launched an investigation into the incident. 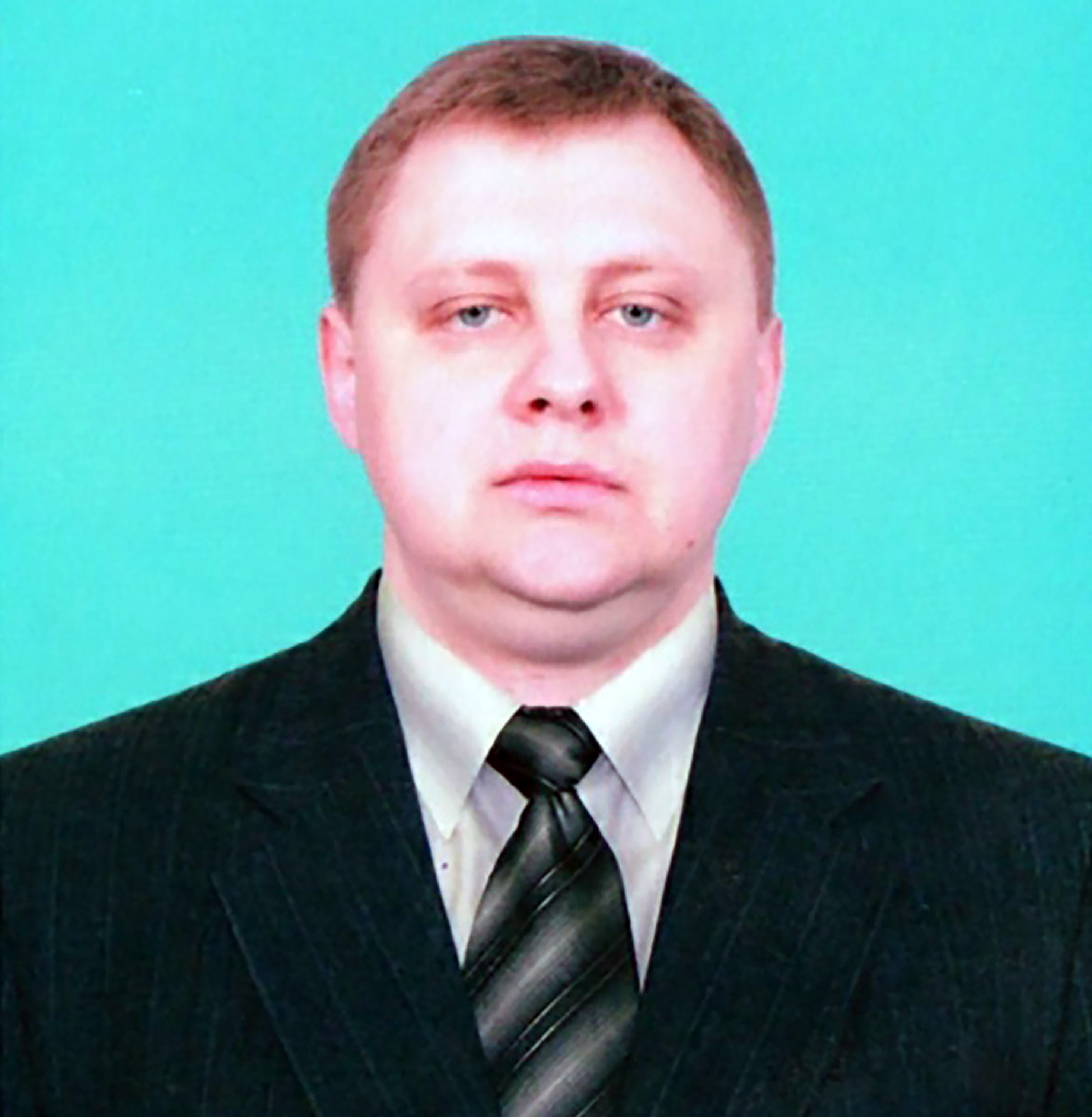 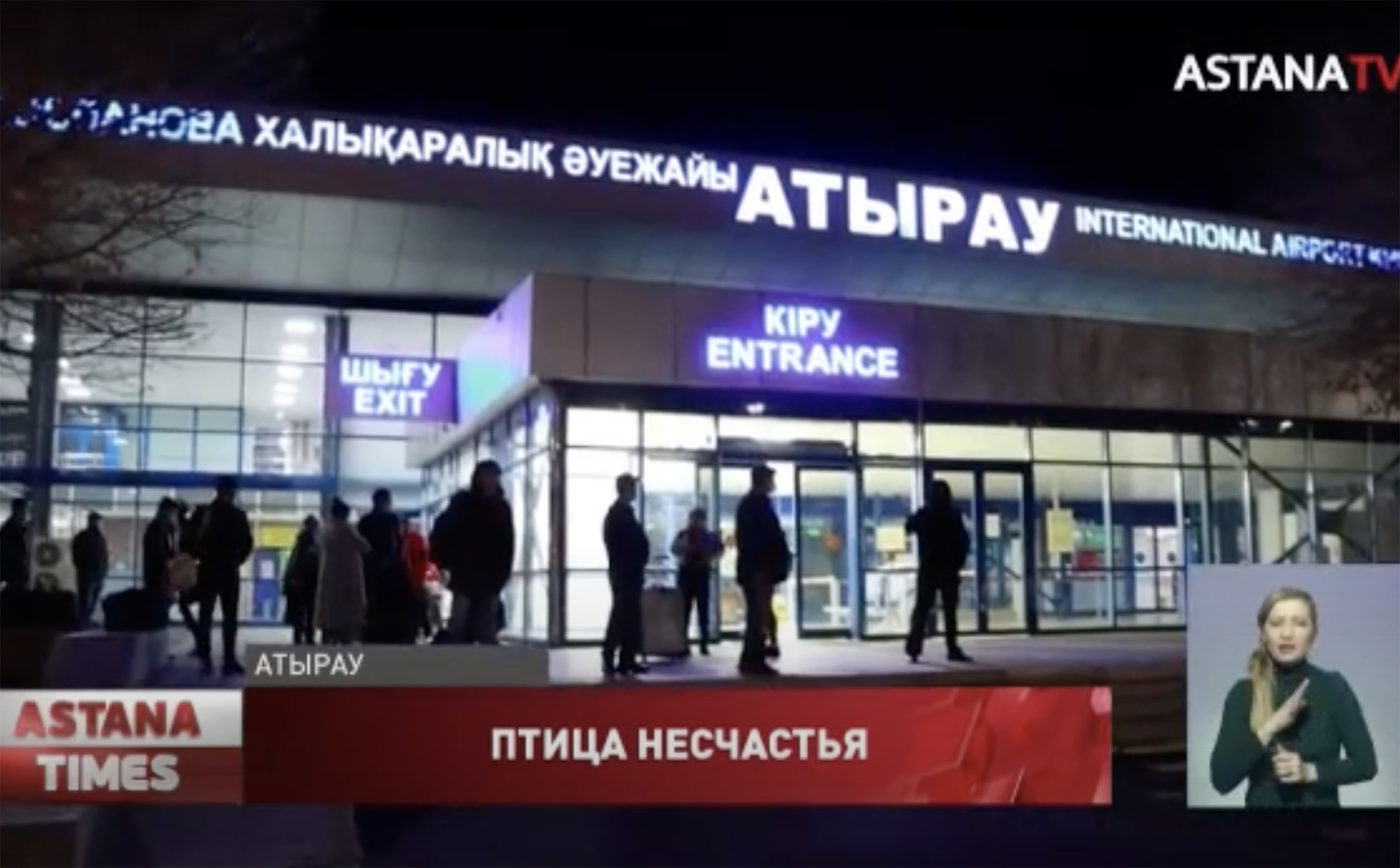 Teachers refuse to work inside Queens school after colleague gets coronavirus

New mum’s heartbreak as both identical twins diagnosed with cancer

Focus on far-right diverts resources from threat of Islamist terror