This is the moment a 15-year-old prankster duped Jeremy Corbyn into signing a piece of paper saying he ‘supports terrorists’, is an ‘anti-Semite’ and is being paid by ‘Iran TV’.

Thomas Chambers walked up to the Labour leader during an event at Gloucester University on Saturday and asked him to sign a folded up piece of paper.

He then unfurled the A4 sheet with Mr Corbyn still stood next to him to reveal an image of the 70-year-old wearing a Soviet t-shirt with the caption, ‘I support terrorists and I am an anti-Semite. Also I am on Iran TV payroll.’ 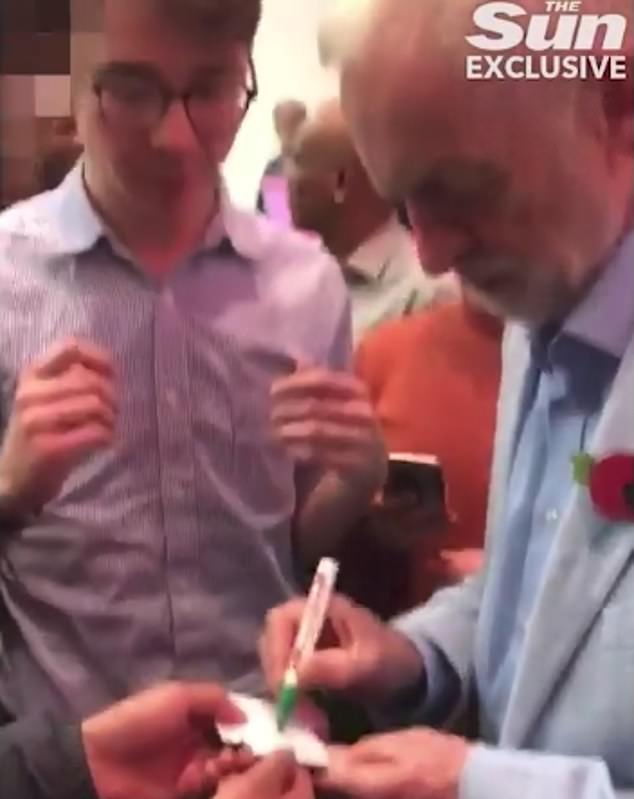 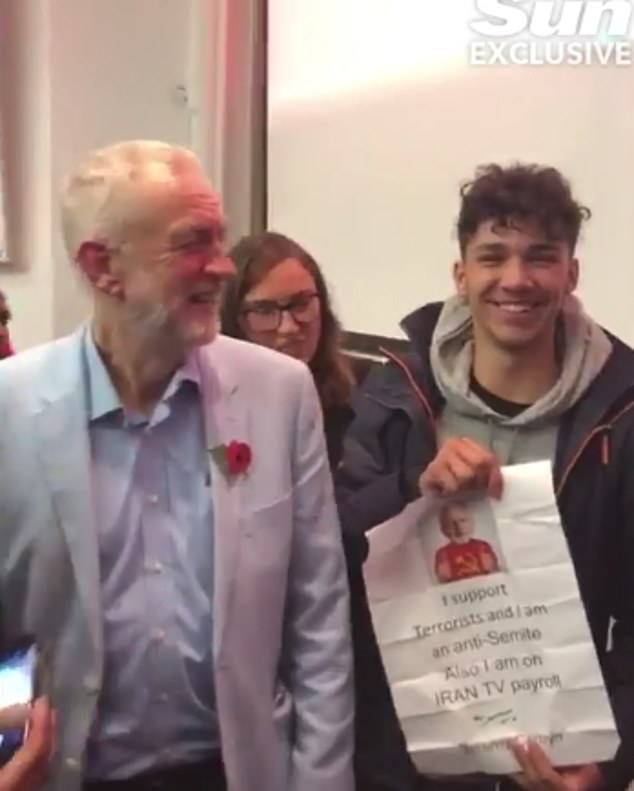 He unfurled the sheet to reveal it read, ‘I support terrorists and I am an anti-Semite. Also I am on Iran TV payroll’

The prank was filmed by Mr Chambers’ former Labour-supporting father, Alastair, 38, and obtained exclusively by The Sun.

Surprisingly, neither Mr Corbyn’s security nor his supporters appeared to notice what had happened.

Mr Chambers said the stunt was ‘my idea’ and added: ‘I don’t like his views in relation to anti-Semitism and I don’t like how he is affiliated with Hamas and Hezbollah, who he refers to as friends.’

His father said he had always been on the ‘socialist spectrum’ but would be voting for the Conservatives at the election because Mr Corbyn ‘disgusts me’.

It came as Jewish leaders claimed Labour’s insistence it was doing all it can to tackle anti-Semitism ‘stretches credulity’.

Shadow Chancellor John McDonnell said he was ‘saddened’ after being confronted with claims that Jeremy Corbyn in No 10 would ‘harm the Jewish way of life’.

On BBC1’s Andrew Marr Show yesterday, he was shown the front pages of three Jewish newspapers illustrating the anger of the community over Labour’s anti-Semitism crisis.

In response, he insisted that the party was doing everything it had been asked to do by Jewish leaders. 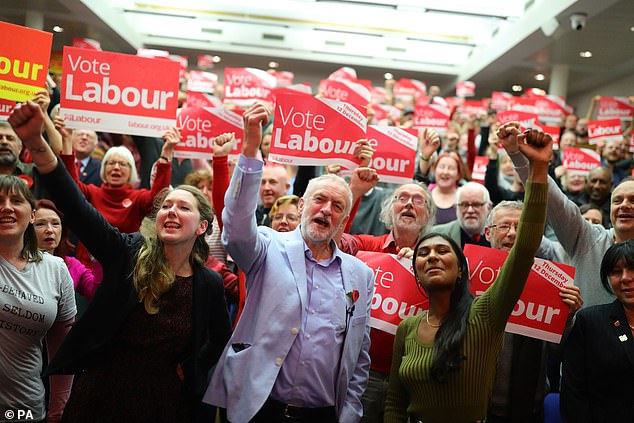 Chants of ‘Oh, Jeremy Corbyn’ broke out at the event at Gloucester University on Saturday

Last night the Board of Deputies of British Jews tweeted: ‘John McDonnell’s claim that Labour is ‘doing all the things [the Jewish community has] asked’ over anti-Semitism stretches credulity.’

Last week the Labour Party’s Jewish wing announced it would not be campaigning for a Labour election victory for the first time in its 100-year history.

The Jewish Labour Movement said it would no longer send out activists to support candidates.

Mr Corbyn has nurtured links with many extremists and terrorists in the past, including Hamas and Hezbollah, convicted IRA members, Gerry Adams, President Assad of Syria, as well as President Maduro of Venezuela.

In 2014, he attended a ‘peace conference’ in Tunisia with many Hamas leaders, where he laid a wreath near the graves of Palestinian terrorists responsible for the massacre of Jewish athletes at the 1972 Olympics in Munich.

Officials from the Lebanese group Hezbollah, classified by the US government as a terror organisation and which has called for the destruction of Israel, were invited by Mr Corbyn to a meeting in 2009.

He said: ‘It will be my pleasure and honour to host an event in Parliament where our friends from Hezbollah will be speaking.’ 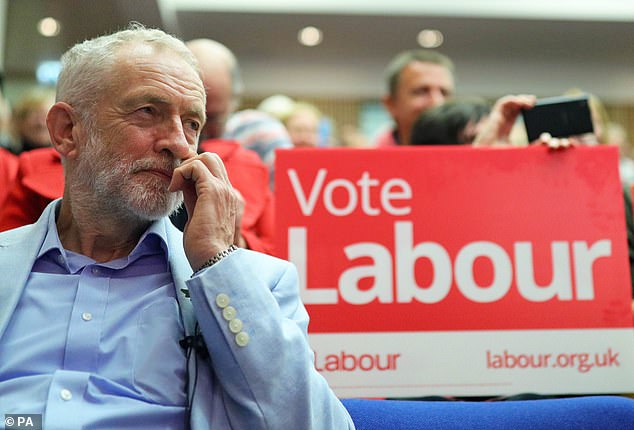