A 13-year-old metal detectorist is wowing veteran diggers after she found a ‘once in a lifetime’ Bronze Age axe hoard on just her third dig.

Milly Hardwick, who’s in Year 8 at school, has left the competition envious of her ‘beginner’s luck’ as she strikes gold almost every week.

She’s now become a poster girl for metal detecting despite being some four decades younger than the typical detectorist. 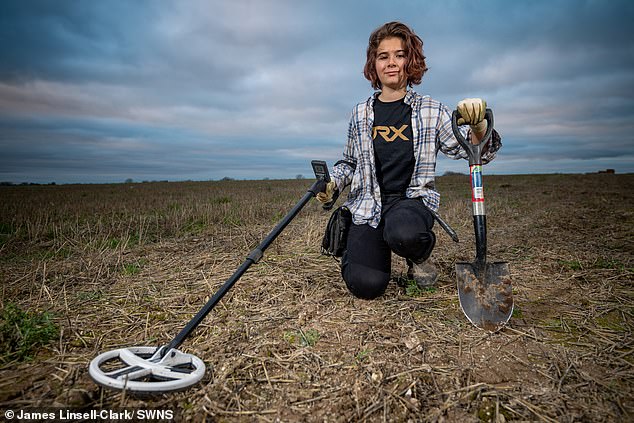 Milly Hardwick, from Mildenhall, Suffolk, found a Bronze Age axe hoard on just her third dig in a spectacular stroke of beginner’s luck 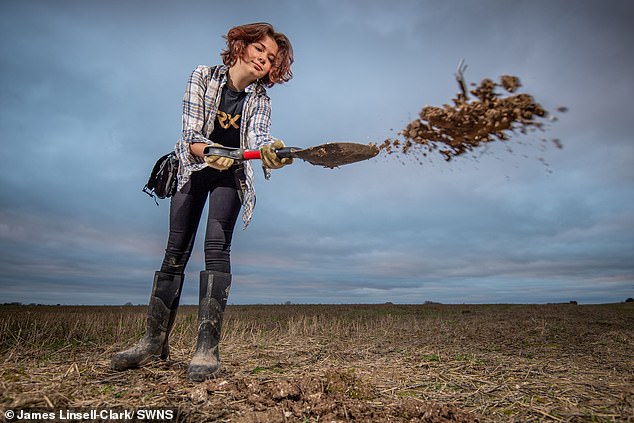 Milly, who is a Year 8 pupil, dreams of becoming an archaeologist one day. She has already become the poster girl for teen metal detectorists across the country

Milly, from Mildenhall, Suffolk, made an astounding discovery of an axe hoard dating back to 1300 BC on just her third time out in a field near Royston, Herts.

Archaeologists had to excavate the find – made up of 65 pieces – and Amelia took Monday off school to formally sign it over to the local coroner.

Claire said: ‘A lot of people have said it’s a once in a lifetime find.

‘The other metal detectorists are really pleased for her.’

Milly has now reached celebrity status among hobbyists and even featured on the front page of The Searcher, a leading metal detecting magazine. 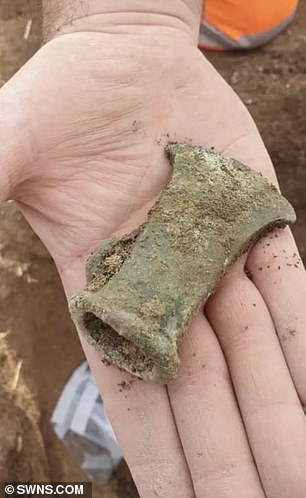 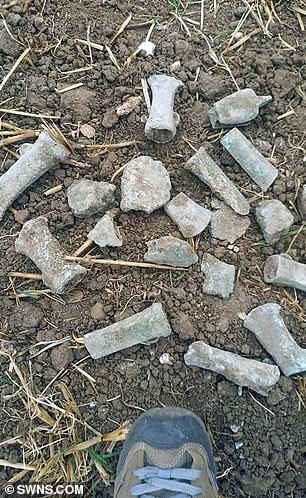 Milly uncovered an axe hoard dating back to 1300 BC on just her third time out in a field near Royston, Herts 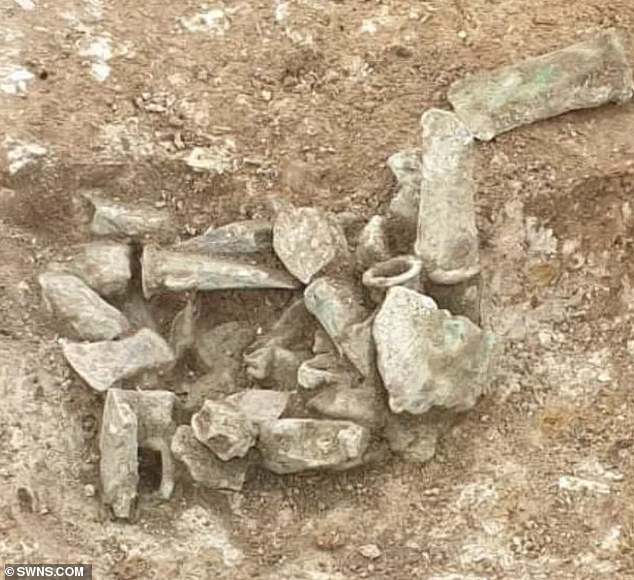 Milly, who wants to be an archaeologist, said: ‘Last Sunday when we were out someone stopped and looked at me and said ‘are you the one who found the axe hoard?’

‘And then another person came up to me and did the same thing.’

The schoolgirl makes discoveries ‘every time’ as she goes out each weekend in the fields of East Anglia with father Colin, 51, who’s been metal detecting for four years.

Milly said: ‘Whenever I go out I find stuff. I’ve found a gold-plated button and a Queen Elizabeth coin.

‘It’s just nice being in the field for hours and you get a signal and it could literally be anything.