Strictly Come Dancing heart-throb Matt Goss paid £20,000 to fly his beloved bulldog ‘Reggie’ to Britain as he says the pooch is ‘everything to me’

Strictly heart-throb Matt Goss paid £20,000 to fly his pet dog to Britain to join him while he takes part in the dance show.

Bulldog Reggie endured a 6,000-mile journey from Los Angeles to Frankfurt before being driven in a 4×4 to London. The trip took 24 hours.

Former Bros singer Goss, 53, right with Reggie, said: ‘It’s a military operation trying to get Reggie back home, everything from shots to his own passport, handlers to get him to Frankfurt, then he’s got to drive from Frankfurt. It has been endless. 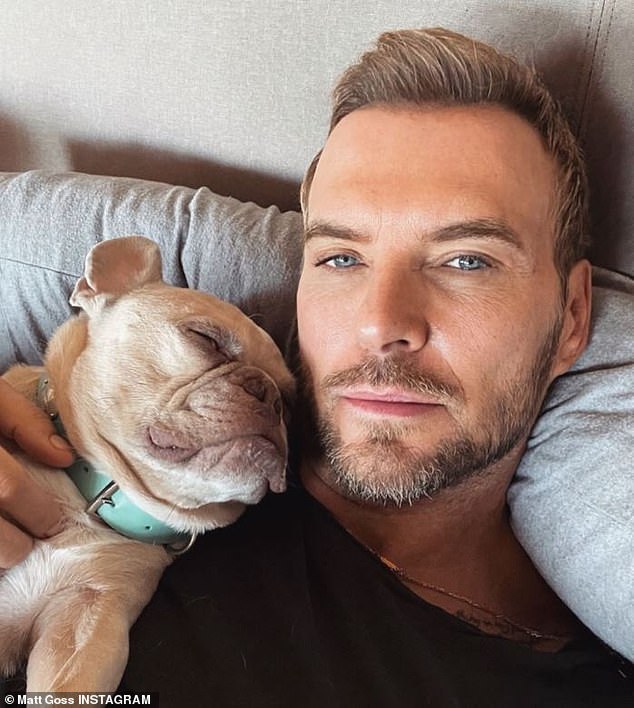 Strictly Come Dancing contestant Matt Goss said he paid £20,000 to fly his pet dog – which he describes as his ‘furry son’ – to Britain to join him while he takes part in the dance show 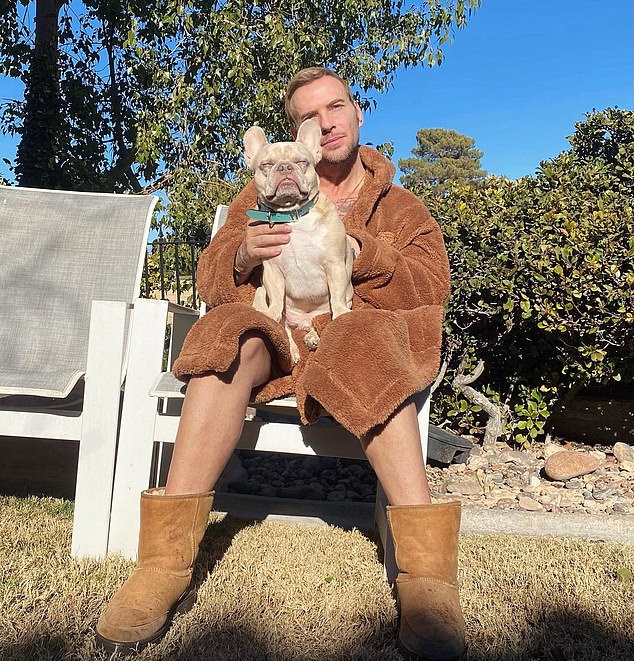 ‘The temperatures in LA and Germany both had to be below 80F (27C) at the time of departure because he is a bulldog.

‘It’s all to do with his breathing.

‘He is everything to me. I think he will make me feel a lot more settled. He’s my furry son. I love him with all my heart.

‘We are inseparable and we are telepathic.’

Goss says he is taking part in Strictly in tribute to his mum Carol, who died of cancer in 2014.

The singer, who has homes in the UK and the US, is dating jeweller Chantal Brown, ex-wife of EastEnders actor Paul Nicholls. 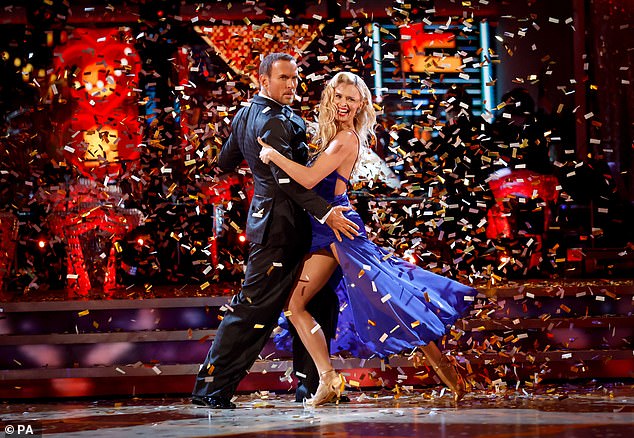 The former Bros singer, 53, made his debut on the show on Saturday with Nadiya Bychkova 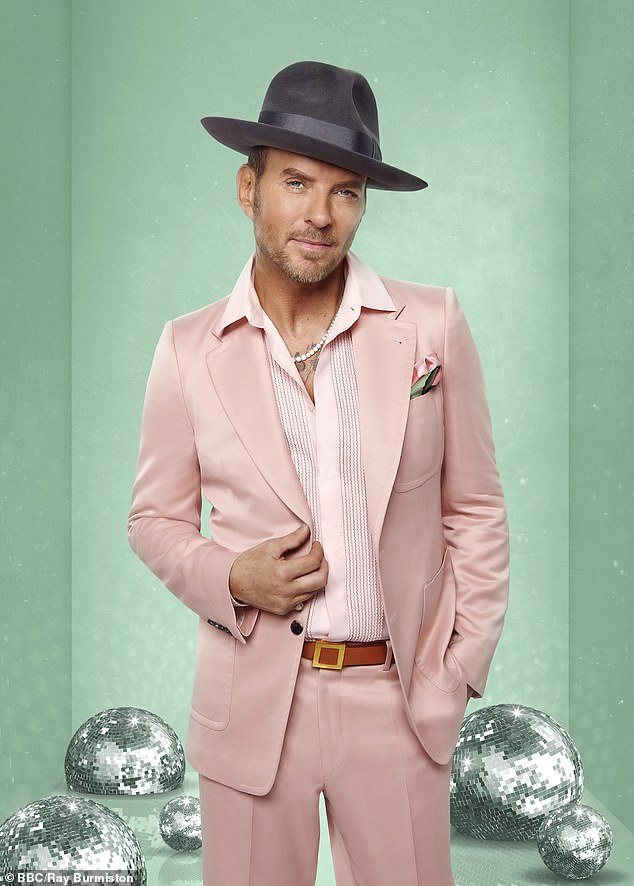 One to watch: Goss, who found fame in 1980s pop group Bros, is one of the most anticipated stars of this year’s Strictly Come Dancing, which began on Friday evening

STRICTLY COME DANCING 2022: WHO ARE THE CONTESTANTS?

Kym says: ‘I’m so delighted that this year they have! I’m a huge fan of the show and can’t believe I’m going to go from watching at home in my pyjamas to actually dancing in front of the judges in a glittery dress.’

Richie says: ‘This is a dream come true! I cannot wait to get in those sparkles and sequins and shimmy across the most famous dance floor in the world!’

Ellie says: ‘To be asked to be part of the Strictly family is just so exciting and I cannot wait, it’s going to so much fun.’

Tyler says: ‘It’s a show that means so much to me and my family and I can’t wait to seriously shake a leg on that shiny dance floor… with a side of sequins.’

Ellie says: ‘Well, cover me in fake tan and roll me in sequins! I’m absolutely over the moon to be a part of Strictly 2022!’

Tony says:  ‘To say I’m excited is an understatement – the lure of the sequins and the call of the salsa has me swapping my battered old football boots for a set of Strictly soft shoes’

James says ‘I’m not known for my shimmy or my twinkle toes – in fact my kids regularly laugh at my dad dancing but it’s an honour to be asked and I’m going to give it my best shot.’

Helen says: ‘I’m really excited to get stuck into a fun adventure. My family and friends have always loved the show and can’t wait for me to get started’

Will says: ‘I know it will be a huge challenge but that’s what life is all about. This is also my Mum’s favourite show and she’s had a really tough few years so I’m doing this is for her as well. Bring it on!’

Kaye says: ‘I said I wanted to make the last year of my fifties memorable and i can’t think of a better way of doing it than showing the world my two left feet. Pray for me!’

Jayde says: ‘I’ve been a massive fan of the show for years. I feel like I’m watching myself in a dream and I can’t believe I’ve manifested this.’

Matt says: ‘I’ve been reclusive, I come and work and then go back to America. I thought, it’s time for me to come home and get out of my own way’

Molly says: ‘I already know it’s gonna be an experience of a lifetime and I can’t wait to meet the rest of the Strictly family I’ll be sharing it with.’

Fleur says: ‘I’m equally nervous and thrilled to be part of this year’s Strictly line up. I’m excited to learn new skills and I want to soak up every moment of this magical experience.’

Hamza says: ‘I am absolutely over the moon to be joining Strictly 2022. Never in a million years did I think I’d be on such a cool show.’