Home » World News » Strangulation, a red flag for murder, but law yet to be implemented

The family of a murdered Victorian mother says the state government has failed to introduce strangulation laws that could reduce the risk of homicide to women, despite promising two years ago to bring the legislation in.

Joy Rowley was choked unconscious eight months before she was smothered to death in her home in Rye in 2011. 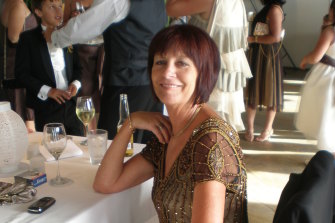 Non-fatal strangulation has been recognised in multiple research studies as an important risk factor for homicide of women, and is a standalone offence in NSW, the ACT and Queensland.

Three years after police called for Victoria make strangulation a standalone offence, and two years after the state government committed publicly to its introduction, the law Ms Rowley’s children say is potentially life-saving is yet to be enacted.

“Despite a royal commission into family violence finalised in 2016, the inquest for our mother in 2018, we have a government that is still yet to implement an enforceable, specific law that could have protected our mother in her own home,” Ms Rowley’s daughter Renee Woolridge said. 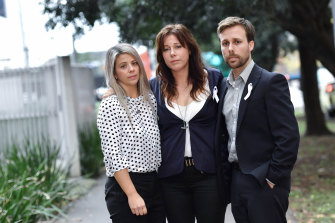 Charges that strangulation could fall under, such as attempted murder, require prosecutors to prove intent.

Research has also shown strangulation often does not leave a visible injury, and while assault charges could apply, then state coroner Sara Hinchey said in her 2018 findings into Ms Rowley’s death a stand-alone charge may “significantly help” to ensure strangulation is treated for the serious risk it poses to victims.

Ms Hinchey said such an offence would more effectively hold perpetrators to account and may build further awareness among police members, courts, and community services practitioners of the dangers and potential lethality of strangulation.

A spokeswoman for the Victorian government said its promise to create a non-fatal strangulation offence has not changed. 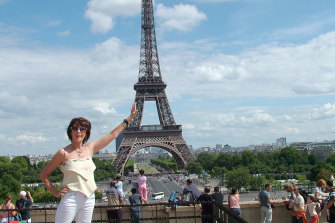 Joy Rowley during a trip to Paris.

“To ensure we get these laws right, targeted consultation with key legal and family violence stakeholders has been underway for some time, with further consultation planned before reforms are finalised,” they said.

In Ms Rowley’s case, police took six months to charge James Martin Mulhall over the assault in which he choked her to the point of unconsciousness.

When charges were laid, including counts of threat to kill and assault, police still doubted they had sufficient evidence.

After the charges were laid, and two weeks before Mulhall murdered Ms Rowley, police were again called to her home and found Mulhall there. He was on bail and in breach of his intervention order, but he was not taken into custody, the inquest heard.

He pleaded guilty and was convicted of murder and sentenced by the Supreme Court in 2012 to a maximum 19 years jail, with a minimum of 16 years.

“Our mum was defenceless in her own home and unprotected by lawful enforcement. The perpetrator was charged with minimal charges,” Ms Rowley’s son Aaron Woolridge said.

Police would later apologise for failing Ms Rowley during her inquest, accepting there were multiple missed opportunities to potentially prevent her death.

But the police concessions came only after her three children – Renee Woolridge, Nadine Power, and Aaron Woolridge – hired a QC to fight for an inquest into their mother’s death after the coroner indicated a finding without inquest was sufficient.

Ms Rowley’s children said they were tired, and that it shouldn’t take families of victims, like theirs or now high-profile campaigner Rosie Batty, to continually be responsible for affecting change.

“We should be able to pass this to a system or a government that should be learning from what has happened before,” Ms Power said.

“Our story will repeat because our system to protect surviving victims of domestic violence still has so many deficiencies.

“But we are tired. We need to pass the battle over to someone who cares like we do. It’s been 10 years, and we want our mum to rest in peace in our hearts, so we can continue to live our lives in her honour.”

“To end family violence we need robust, collaborative responses from across the community and services. This can’t be limited to just the justice system,” Ms Farha said.

“Strangulation has grave consequences and is a serious risk factor when it comes to family violence, which needs more emphasis in policy, practice and training for service providers and police.”

The call to implement the stand-alone offence comes as pandemic-induced lockdowns in Victoria fuelled a record number of police call-outs to family violence, called a state emergency by experts in March.

Am I allowed to go trick or treating this year for Halloween? Latest Covid rules explained