‘Hot-tempered’ stockbroker, 53, who was sacked for calling bosses ‘f***ing incompetents’ over his 17% pay cut launches £10m lawsuit for wrongful dismissal because ‘screaming vitriolic abuse did NOT breach his contract’

A ‘hot-tempered’ stockbroker who branded his bosses ‘f***ing incompetents’ after being told he was getting a pay cut is now suing for £10m compensation after he was sacked.

Gino Palmeri, 53, claims he was wrongly dismissed, insisting he did not breach the terms of his contract by ‘screaming vitriolic abuse’ at his superiors at London firm Charles Stanley and Co.

Mr Palmeri’s 21-year career at the premier investment company was ended following the highly charged face-off with senior managers in April 2017, during which they say he hit them with a ‘barrage of abuse’.

The broker ‘lost all semblance of self-control or professionalism’ and the ‘vitriolic abuse and disparagement’ which he fired at his bosses justified his immediate dismissal for breaching his contract, they say.

However, the ‘successful but volatile’ investment manager says his reaction was justified, having been incited into losing his temper, and that he did not deserve to be given the boot. 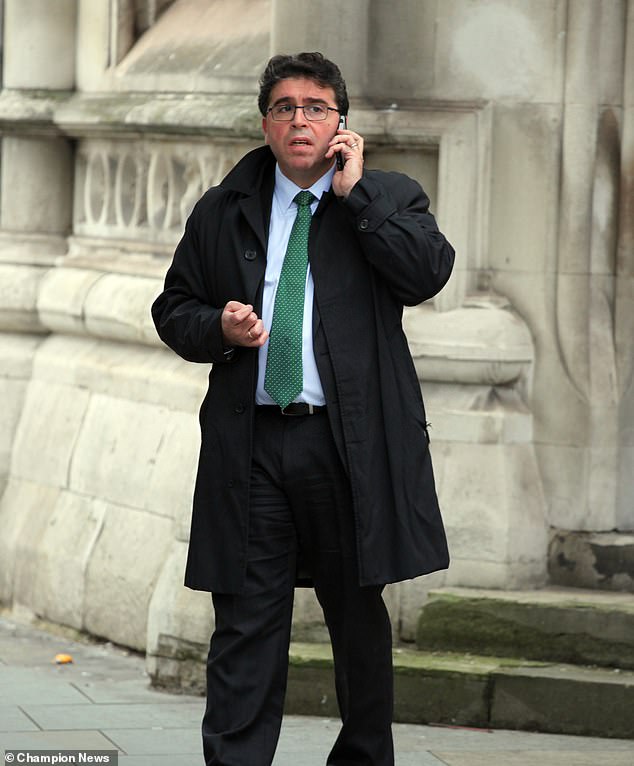 Gino Palmeri, 53, insists he did not breach the terms of his contract by ‘screaming vitriolic abuse’ at his superiors at London firm Charles Stanley and Co

He was ‘very upset’ after being told he had to accept ‘vastly inferior’ financial terms, adding up to a 17% year-on-year pay cut, his lawyers told London’s High Court.

‘His trenchant language was as a result of provocation and was not excusable, but was also not a fundamental breach of contract,’ his QC Michael Duggan told Mrs Justice Collins-Rice.

Mr Palmeri is suing Charles Stanley and Co Ltd for wrongful termination of his self-employed brokers’ agreement, alleging that the company had no right to force him out without giving three months’ notice.

And Mr Palmeri, of Welwyn Garden City, Hertfordshire, claims Charles Stanley and Co also breached the contract between them by seeking to retain his clients after his departure.

His role involved him giving investment advice direct to his clients, with Charles Stanley acting as an ‘umbrella organisation providing regulatory and administrative services’ and taking a cut from his fees.

But Charles Stanley is vigorously disputing the claims – insisting the broker’s case is ‘without foundation’.

Mr Palmeri richly deserved to be fired in light of his aggressive conduct at the April 2017 meeting, defence lawyers insist.

Charles Stanley’s QC, Gavin Mansfield, told the court: ‘Mr Palmeri was a successful but volatile investment manager with – as he puts it – a ‘hot temper’.

‘At a meeting with Charles Stanley managers that morning, he lost all semblance of self-control or professionalism, descending into vitriolic abuse and disparagement such as amounted to a repudiatory breach of contract.’

Mr Palmeri had harangued senior management in a ‘barrage of abuse’ laced with expletives, said the barrister, branding the management team ‘devious, deceitful and dishonest’ as well as stating that he did not want to deal with ‘f*cking incompetents’. 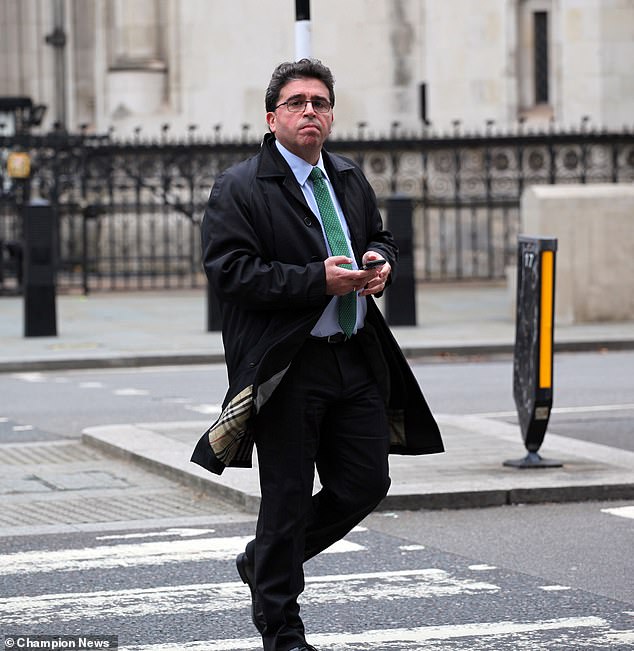 Mr Palmeri, of Welwyn Garden City, Hertfordshire, claims Charles Stanley and Co also breached the contract between them by seeking to retain his clients after his departure

‘Charles Stanley cannot be expected to continue to engage an investment manager who loses control in the way that Mr Palmeri did at that meeting, screaming vitriolic abuse at senior managers,’ said the QC.

‘His conduct was utterly destructive of trust and confidence and any continued relationship was untenable.’

The stand-off between Mr Palmeri and his bosses occurred against the background of a company-wide restructuring, in which self-employed managers such as he were being transferred to new standardised terms and conditions.

While most of his colleagues had agreed to the terms, he was ‘adamant that he would not agree,’ claimed Mr Mansfield.

The final spark was lit when Mr Palmeri was told it was ‘crunch time’, said the QC, and that he should either accept the new terms or leave Charles Stanley.

His response was ‘abuse and aggression’ and Charles Stanley was ‘not prepared to tolerate such conduct’.

But Mr Palmeri’s QC said his behaviour was not grounds for sacking in the context of him being presented with ‘vastly inferior’ new financial terms which would have left him up to 17% worse off year by year.

He had agreed to sign the new terms but made clear that he would be looking to leave with his clients in due course.

But when he explained this to his bosses, ‘Charles Stanley summarily terminated him, escorted him immediately off the premises and sought to divert his clients away to Charles Stanley,’ alleged Mr Duggan.

Amid a ‘pre-determined plan’ to incite him to lose his temper, the company had ‘jumped on’ Mr Palmeri’s outburst, he added, using it as an ‘opportunistic excuse’ to justify sacking him.

‘He was very upset at the ultimatum, and the peremptory and dogmatic way it was put to him, but he was prepared after some volatile exchanges to sign up to the new terms,’ he said.

‘Mr Palmeri says that the way he reacted at the meeting on 21 April was because he was ambushed and given an ultimatum for immediate response that affected the livelihood he had built up for himself and his team and their families over a 20-year period at Charles Stanley.’

Mr Palmeri is seeking up to £10m in damages, with the judge being asked to decide whether the terms of his contract were breached.

Toyota motorist has miracle escape after driving into huge sinkhole