Home » World News » Statue of The Queen is TOPPLED by protesters in Canada over deaths of 1,000 Indigenous children found in mass graves

PROTESTERS toppled then defaced statues of Queens Victoria and Elizabeth II amid fury over the gruesome discovery of hundreds of Indigenous children's graves.

Demonstrators smeared Queen Victoria's sculpture in red paint and left a sign that read "we were children once. Bring them home". 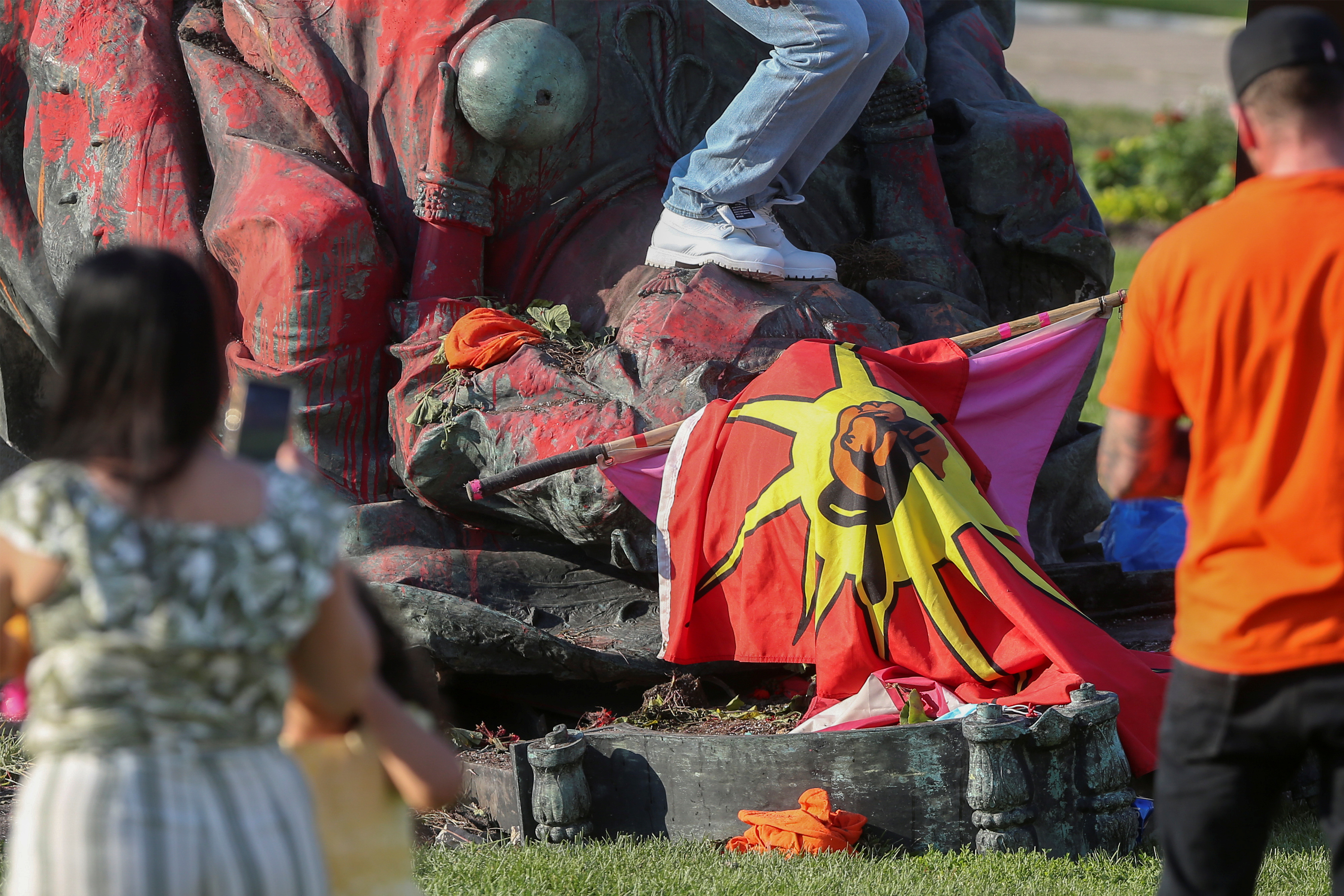 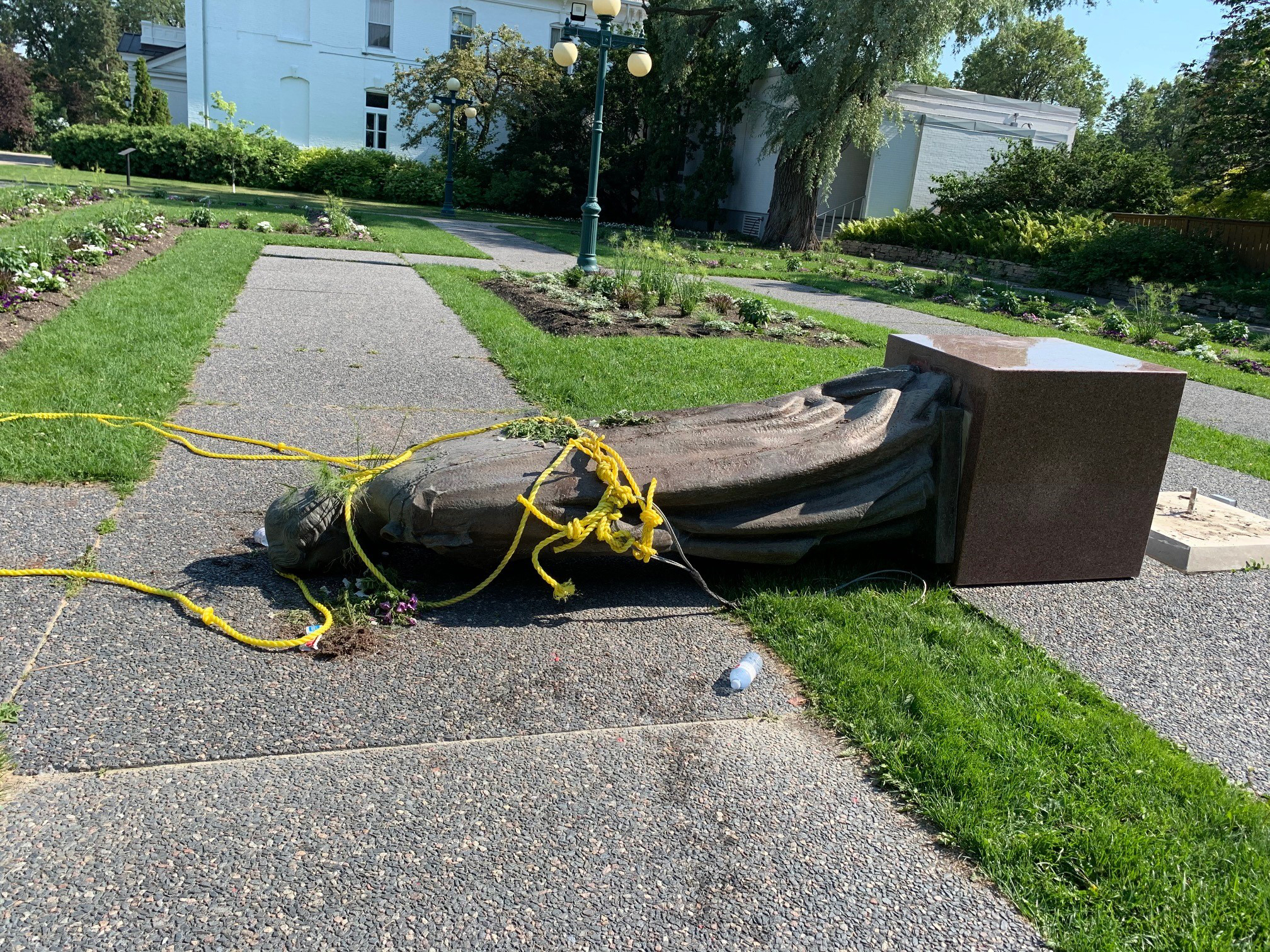 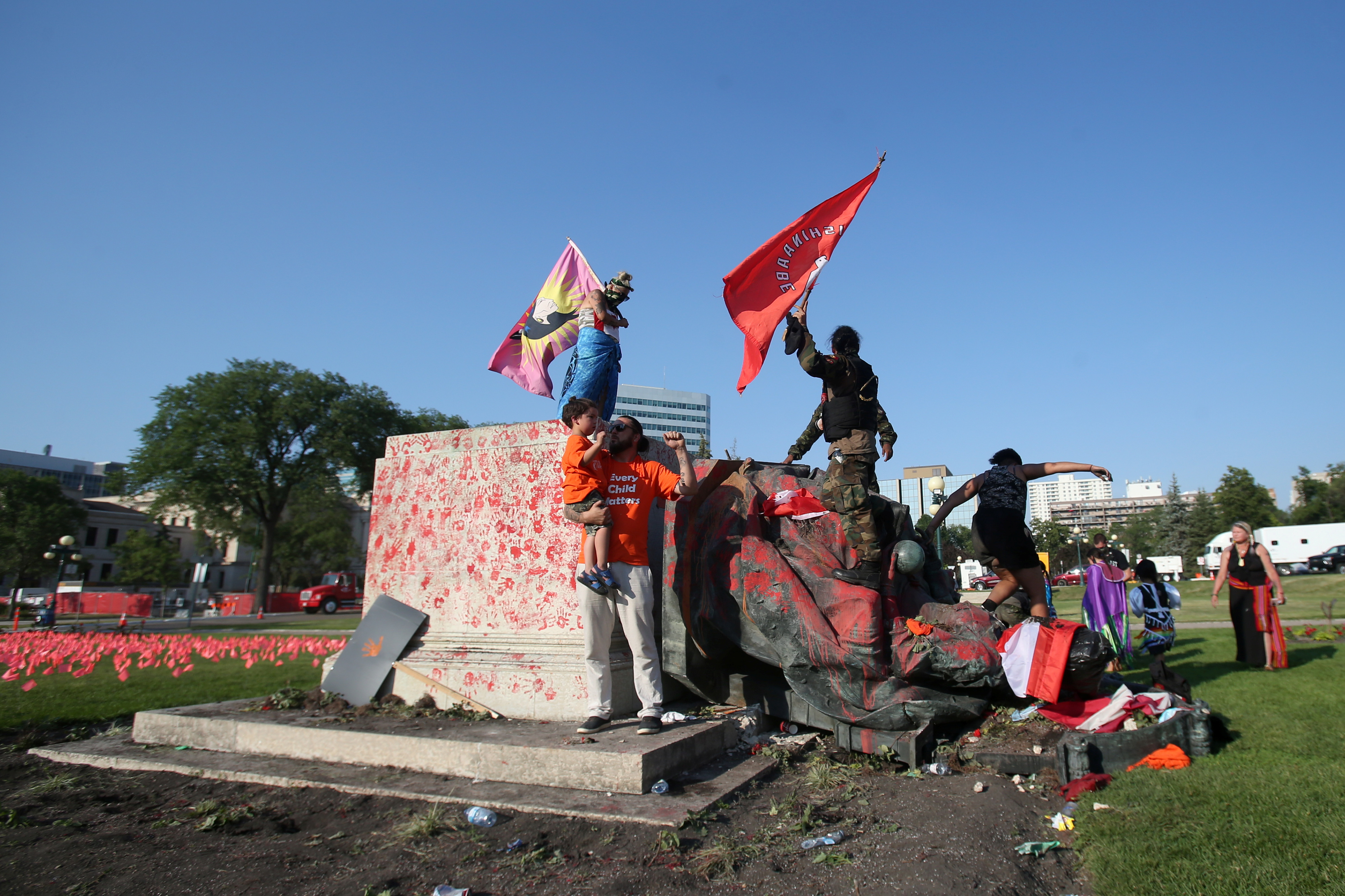 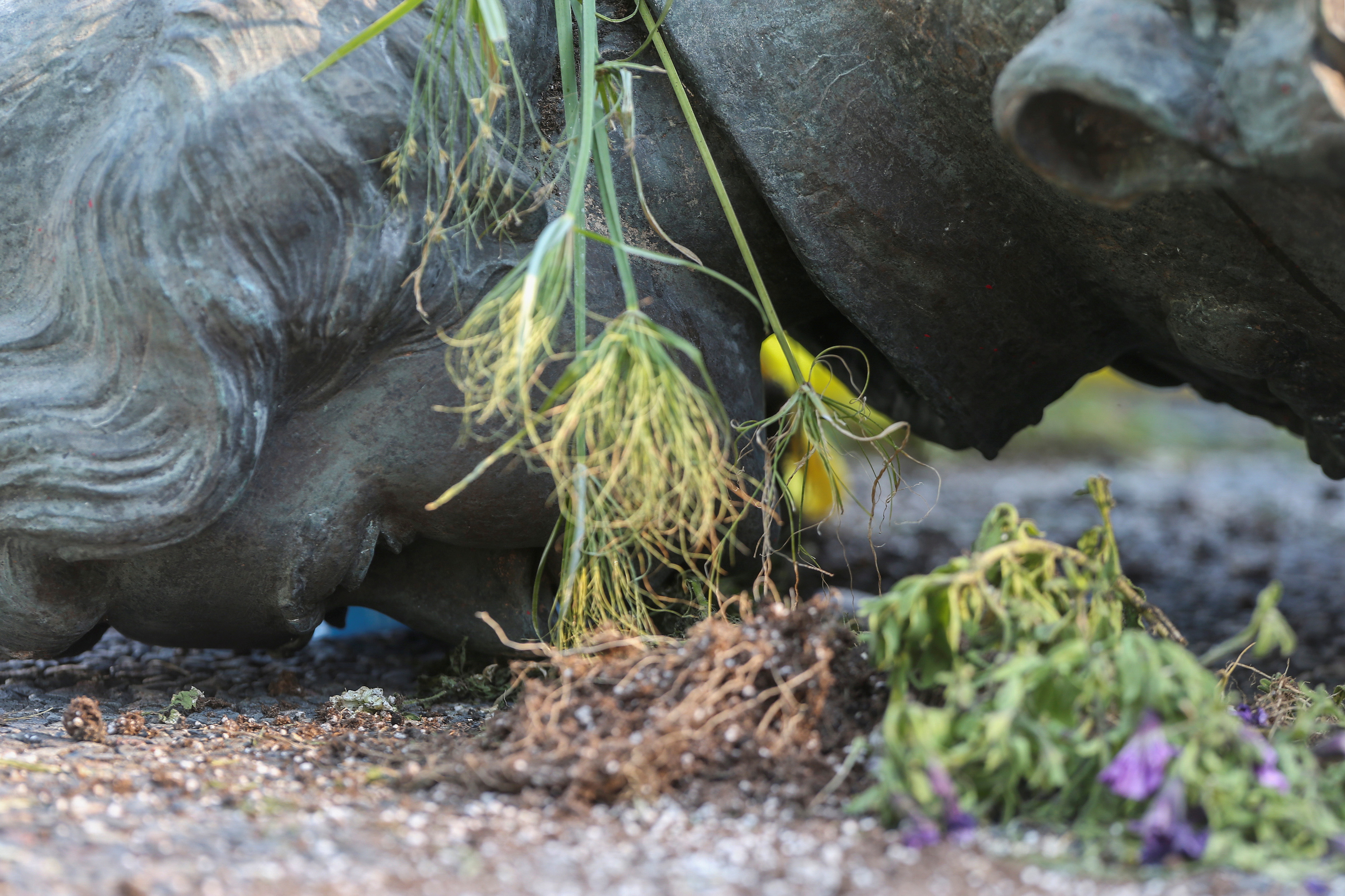 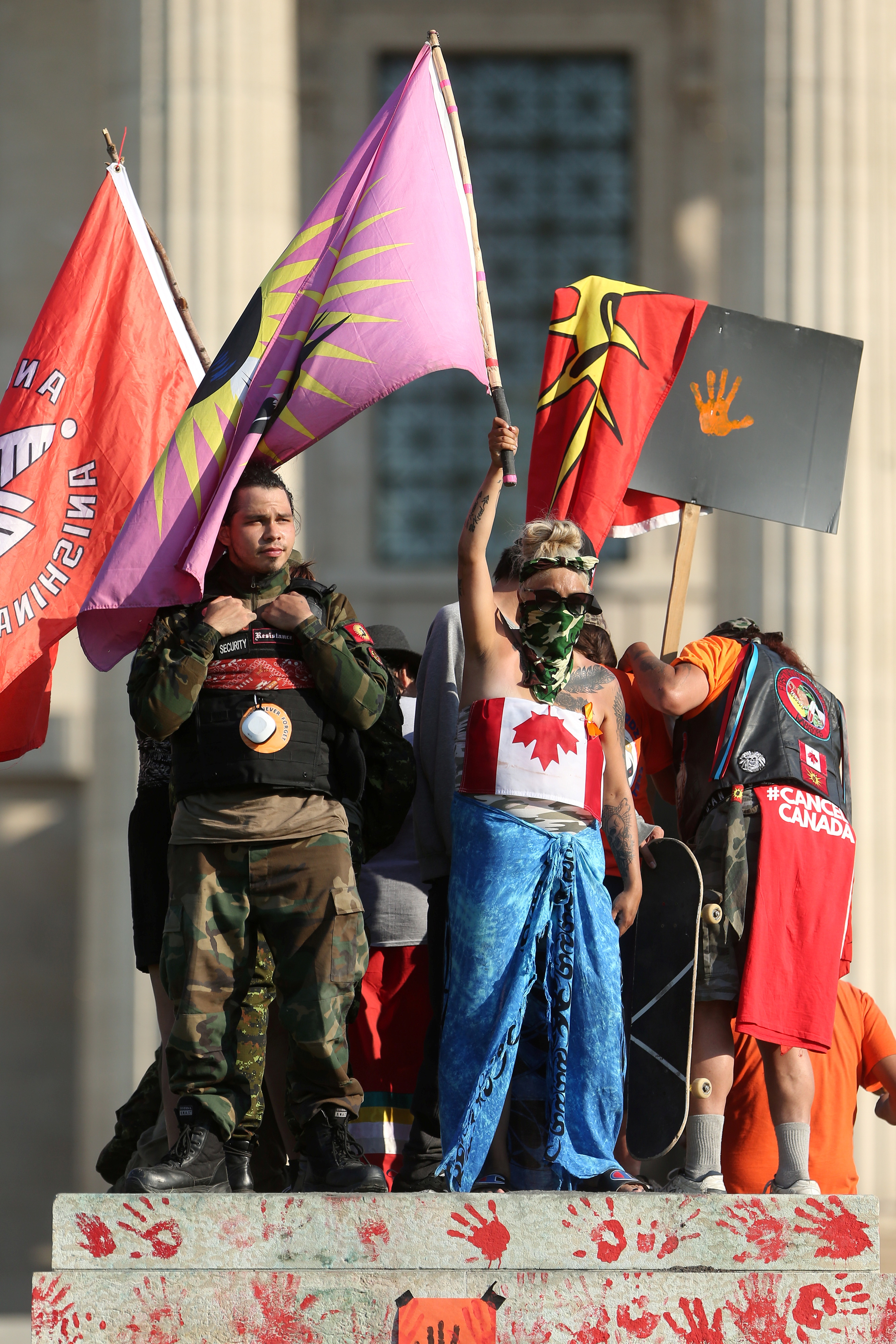 Footage captured of the toppling shows protesters tying a rope around one statue, chanting "knock her down!".

A group of supporters rally around and yank the statue down, receiving cheers from onlookers.

The protesters, dressed in orange shirts to honour the lost children, headed for the legislature as part of the "Every Child Matters" rally.

CBS News reports a man who came to criticise the demonstrations has been arrested.

Police are yet to arrest protesters but have launched an investigation.

The toppling outside Manitoba's legislature, Canada, on Thursday coincided with Canada Day, the country's federal holiday celebrating its confederation on July 1, 1867.

It also comes amid intense backlash by First Nation communities at the discovery of hundreds of children's remains in former residential schools, often run by the Catholic Church.

Demonstrators have rallied around gravesites while Catholic churches around the country have faced arson attacks.

It follows the uncovering of 200 bodies in a mass grave at St Eugene's Mission school in Cranbrook, British Columbia, earlier this week.

Another 761 children's remains were found in a mass grave at a former Indigenous boarding school in southern Saskatchewan.

The discovery – the largest to date – was made by the Cowessess First Nation on last Thursday, who are continuing their mission to expose the exploitation and "cultural genocide" of their ancestors.

More than 150,000 First Nations children were subjected to the horrific 'education', that saw them stripped from their families, housed in squalid conditions and sexually and physically abused.

An estimated 6,000 children perished while attending the schools. 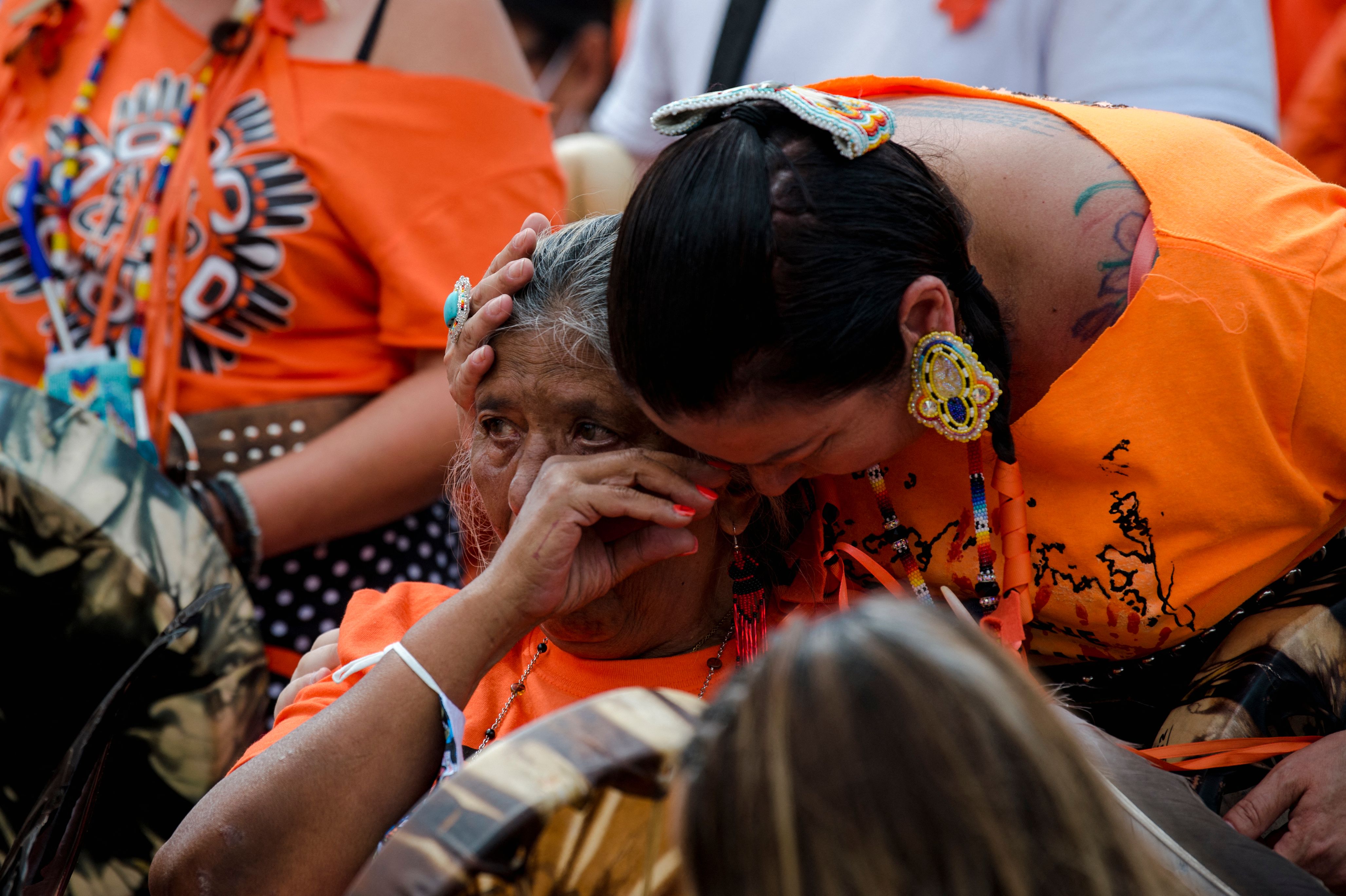 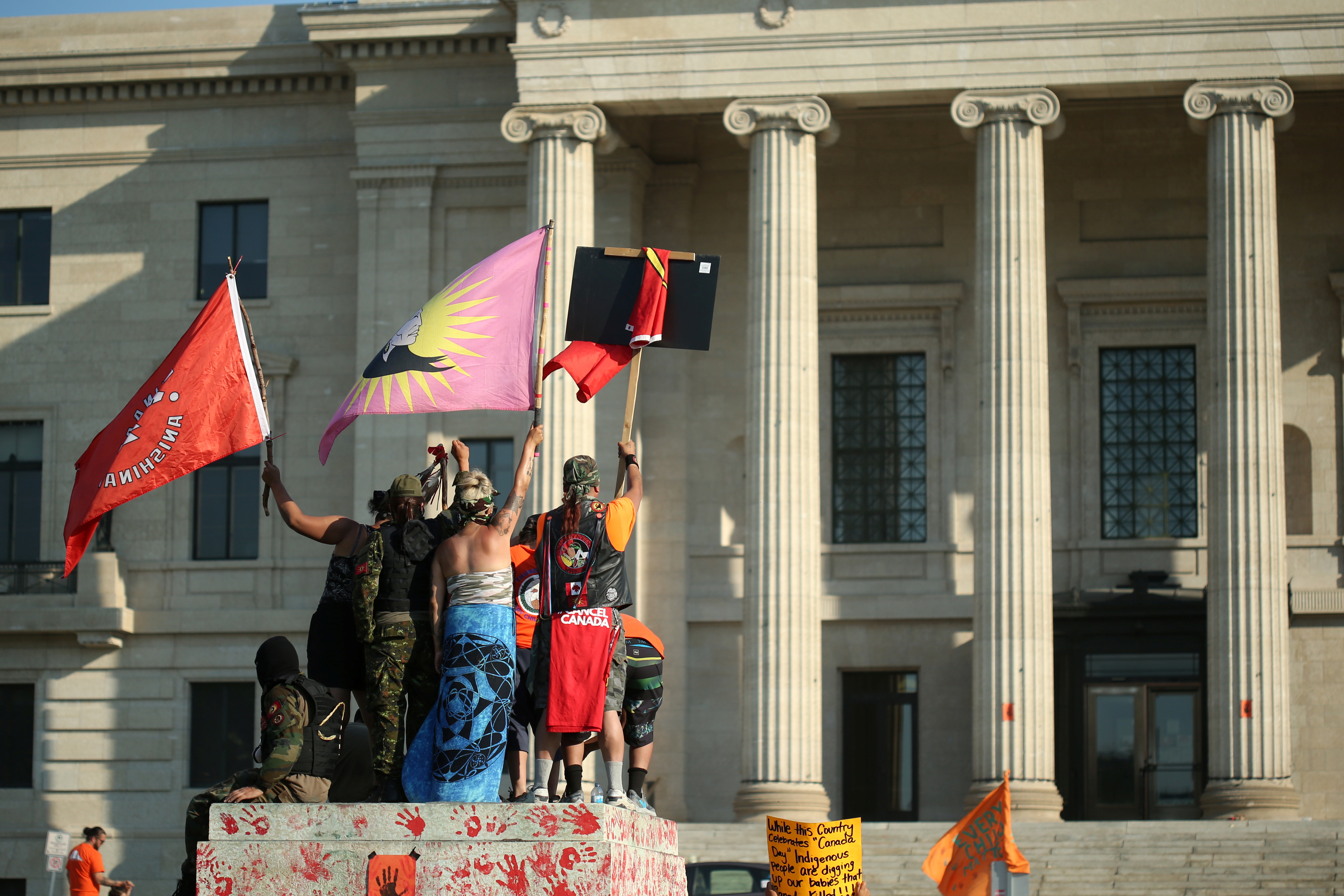 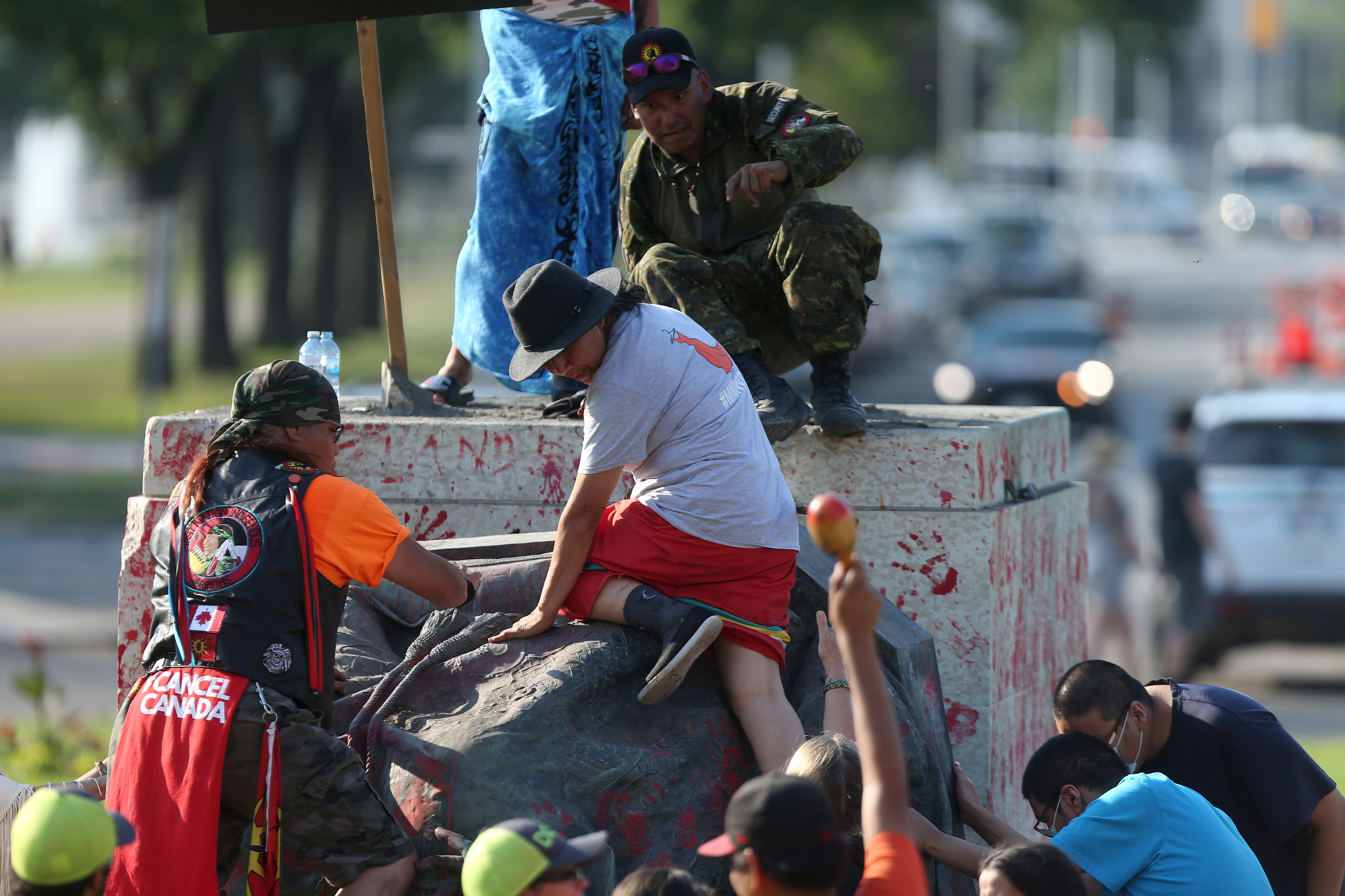 "This queen is the one that gave our land away just like that to her merry gentleman — her fur traders," she told CBS news.

"So I really have no place for her in my heart. I never did.

"She means nothing to me except that her policies and her colonialism is what is dictating us right to this minute as you and I speak," she said.

Jack Kruger, one of many students transported by train and cattle truck to St Eugene's, said he still suffers from nightmares.

"As they uncover more graves at other sites, I’ll have to relive it all over again.

Residential schools were established during Queen Victoria's reign and remained open until the 1990s.

Students were prohibited from speaking in their native tongue and it was common for them to never be reunited with their families.

"The horrific findings of the remains of hundreds of children at the sites of former residential schools in British Columbia and Saskatchewan have rightly pressed us to reflect on our country’s historic failures, and the injustices that still exist for Indigenous peoples and many others in Canada," he said in a statement.

"We as Canadians must be honest with ourselves about our past," he said.

Five goats honored for eating their way through Riverside Park