He pleaded guilty to possession of cannabis for sale or supply when the market value exceeded €13,000 (£11,200) or more.

Mr Allen, with an address in Ballinamona, Shanagarry Co Cork, pleaded guilty to possession of cocaine on the same occasion. 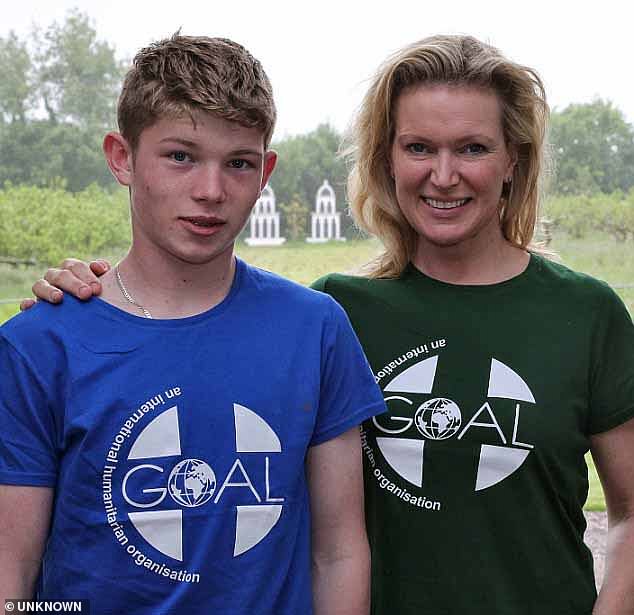 Rachel Allen with her son Joshua. He admitted drugs charges for possession of cocaine and cannabis after being arrested at at Ballymaloe Cookery School in Shanagarry, Co Cork

He also pleaded guilty to one other charge related to the possession of cannabis on the September 5, 2018, at Ballinamona, Shanagarry, Co Cork.

Mr Allen appeared in court accompanied by a male family member. He was wearing a dark suit.

Siobhan Lankford, SC, representing Mr Allen said that he had signed a plea of guilty going forward from the District Court on six charges.

However, Ms Lankford stated that due to a duplication her client was now pleading guilty to three charges which encompass the other offences.

Ms Lankford said that her client was a ‘young man’ who had never been before the courts. She stressed that Allen was taking ‘full responsibility’ for his actions. 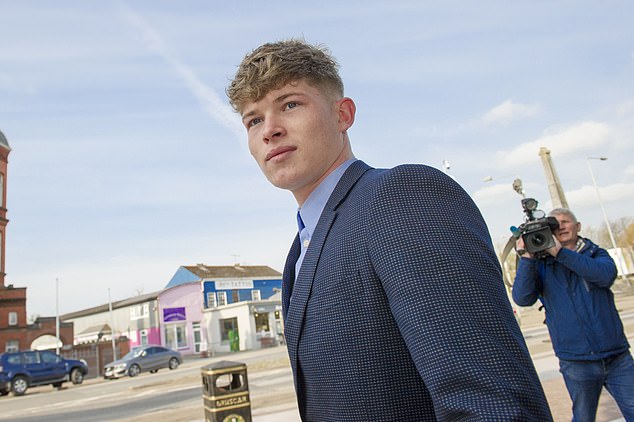 The court heard that Mr Allen is in treatment. A probation report will be compiled prior to the sentencing hearing on November 8.

Judge Brian O’Callaghan remanded Mr Allen on continuing bail until his next court appearance. There was no application for legal aid in the case.

In a statement last year Rachel Allen and her husband Isaac said they were ‘devastated’ by the arrest of their son Joshua in relation to drugs charges.

The couple issued a statement in a bid to ‘alleviate the frenzy of enquiry and speculation on going in relation to our son Joshua.’

Mr and Mrs Allen said in the statement that Joshua had admitted his guilt and was cooperating with Gardai.

The couple said their son had made a ‘huge mistake’ which would lead to ‘profound consequences’ for him.

Rachel Allen was brought up in Dublin and left home at 18 to study at the internationally renowned Ballymaloe Cookery School.

She is a TV chef and author and teaches in Ballymaloe, and has written four best selling cookery books and has appeared in television series for RTE and the BBC.

The late Myrtle and Ivan Allen opened Ballymaloe, their home, to the public as a restaurant in 1964 and later as a guesthouse.

Ballymaloe House is now internationally known arising out of the work of its founders and amongst others chefs Darina and Rachel Allen.

‘Exactly what I want’: Trainee paramedics hit the road