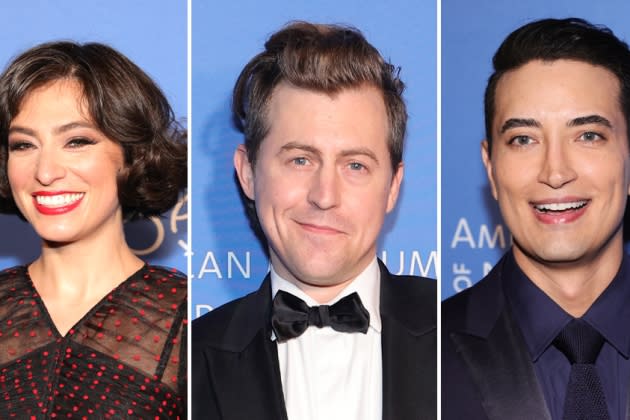 There are more cast changes coming to “Saturday Night Live.”

Alex Moffat, Melissa Villaseñor and Aristotle Athari are not expected to return for the venerable NBC late-night program’s 48th season, according to a person familiar with the matter, adding to an exodus that began in May when Kate McKinnon, Aidy Bryant, Kyle Mooney and Pete Davidson revealed plans to exit the show.

The new departures follow that of senior producer Lindsay Shookus, who is parting ways with the program after years of managing talent relations.

As more TV viewers migrate to streaming services to watch their favorite scripted dramas and comedies on demand, “SNL” has taken on new importance for NBC. Once relegated to airing after the late local news in a time slot network executives didn’t consider paramount, “SNL” now runs live across the U.S. all at once, meaning that it airs in primetime in certain parts of the country. “Saturday Night Live” in the 2020-2021 season was the most-watched entertainment program on TV among viewers between 18 and 49, the demographic most preferred by advertisers.

The large number of exits brings to mind the transition “Saturday Night Live” started in 2012, when Andy Samberg, Abby Elliott and Kristen Wiig left at the end of the season, followed a few months later by Jason Sudeikis, and, a year later, by Fred Armisen and Bill Hader. The show’s remaining cast and some new members had to work to gel more cohesively.

Athari spent one season with the “SNL” as a featured player, but Moffat and Villasenor have been with the program for some time. Both joined the series as a featured player in 2016. Moffat gained traction in recent years for his impression of Eric Trump and his portrayal of an obnoxious playboy character on “Weekend Update.” Villasenor is known for her impressions and musical replications of celebrities ranging from Christina Aguilera and Owen Wilson to Britney Spears and Kirsten Wiig. Athari had a turn in the spotlight on “Update” by portraying a quirky robot, the “Laughingtosh 3000.”

The cast shifts are likely to leave a handful of current members shouldering more responsibilities each. week. “SNL” has enjoyed the use of a larger-than-usual group of players in recent months, and among those getting more air time are Heidi Gardner, Chloe Fineman, Ego Nwodim, Mikey Day, Chris Redd and Bowen Yang. The status of veterans including Colin Jost, Michel Che, Kenan Thompson and Cecily Strong for next season has yet to be revealed officially by NBC.

Woman jailed for biting a chunk out of her friend's cheek