Chicago boy, 6, who was found dead in Indiana had extremely cold core temp but also had ‘charring’ on his body, coroner says: Death is ruled a homicide after boy was ‘killed by three family members who forced him into cold shower until he passed out and then they dumped his body’

A six-year-old Chicago boy who was found dead in freezing temperatures in Indiana on Saturday morning was ruled to have been the victim of a homicide, a medical coroner said Tuesday.

The postmortem examination for Damari Perry was conducted on Monday. He was found to have an extremely cold core temperature and partially frozen internal organs, according to the Lake County Coroner’s Office.

The exam also found a scattered discoloration of the skin on the right leg and postmortem thermal injury or charring over the body, the coroner’s office said.

The young boy’s body was found naked and wrapped in a plastic trash bag in an alley.

He reportedly had been forced into a cold shower by three of his family members until he vomited and passed out.

They allegedly then dumped his body near an abandoned house in Gary, Indiana.

The boy’s mother Jannie Perry, 38, has been charged with first-degree murder with two of his siblings also facing charges for their involvement.

Police were initially told that the boy was missing but the investigation turned to Damari’s home ‘after the family’s story was contradicted,’ the Lake County, Illinois, State’s Attorney said. 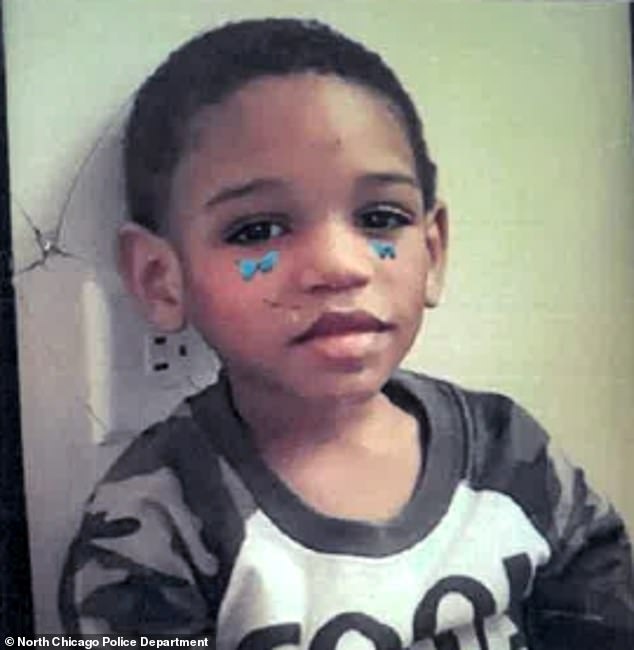 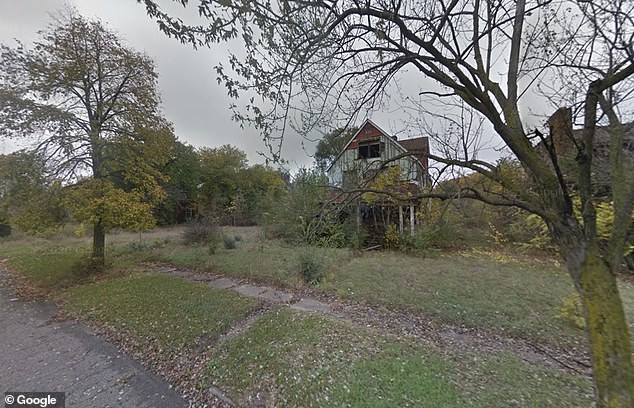 The young boy’s body had been disposed near an abandoned house in Gary, Indiana after his mother and two of his siblings allegedly dumped him there

Perry was reported missing on January 5 by his mother Jannie Perry, 38, and his 20-year-old brother, Jeremiah R. Perry.

They reportedly told authorities that he may have gone missing in Skokie, Illinois, where he and his 16-year-old sister were driven to a party, according to NBC 5 Chicago.

When police questioned the girl, she reportedly told officers that she fell asleep after having several drinks and woke up to find that Damari and the man who had driven them were gone.

But investigators quickly uncovered several contradictions in the story based on evidence they found in Skokie, and instead turned their attention to the boy’s North Chicago home.

They interviewed several juvenile witnesses at the Lake County Children’s Advocacy Center, who led them to find Damari’s body near an abandoned home in Gary, Indiana. 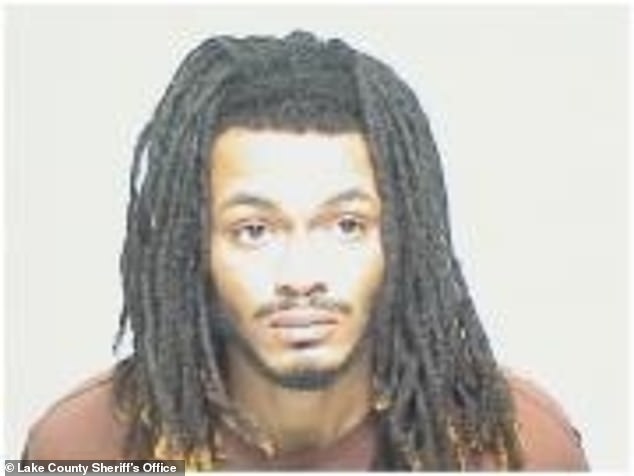 Perry’s older brother Jeremiah R. Perry faces charges for his involvement in the death of the young boy 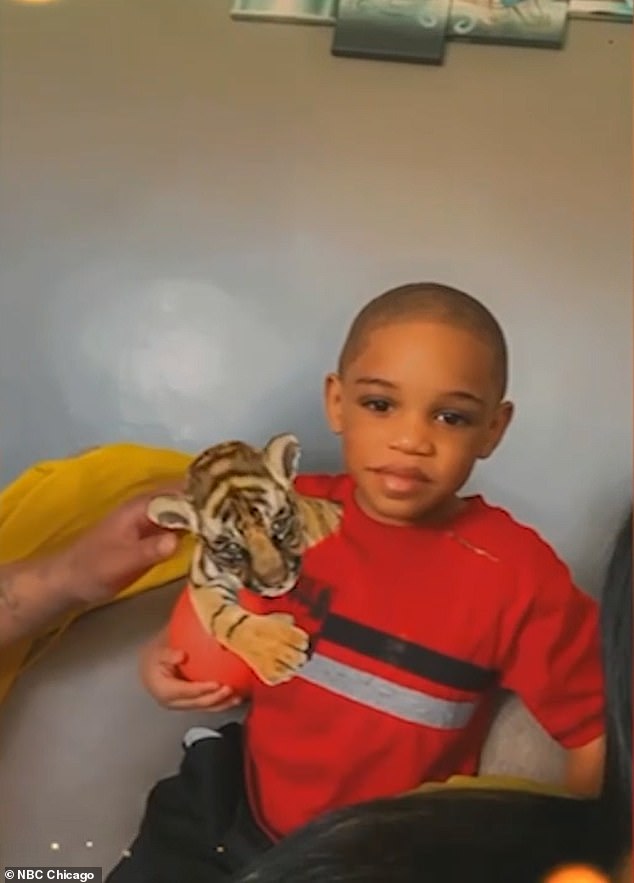 According to authorities, Damari was punished by being placed in a cold shower for an undetermined amount of time prior to his death.

He reportedly ‘did something to upset family’ on December 29, NBC 5 Chicago reports, and as a result, family members put him in the cold shower.

At some point, Damari vomited and was then taken out of the shower, but he eventually died. Prosecutors claim the relatives did not call for medical help and instead spun the ‘completely false’ story about Skokie. 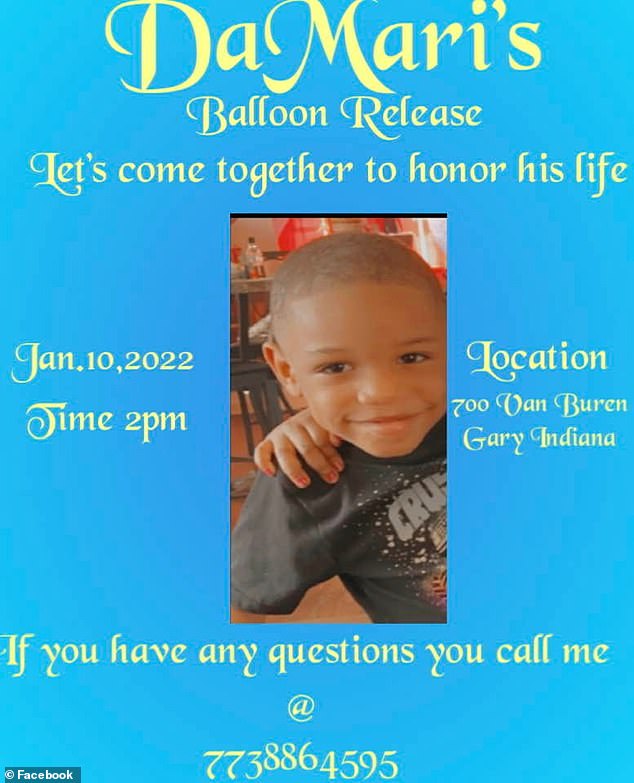 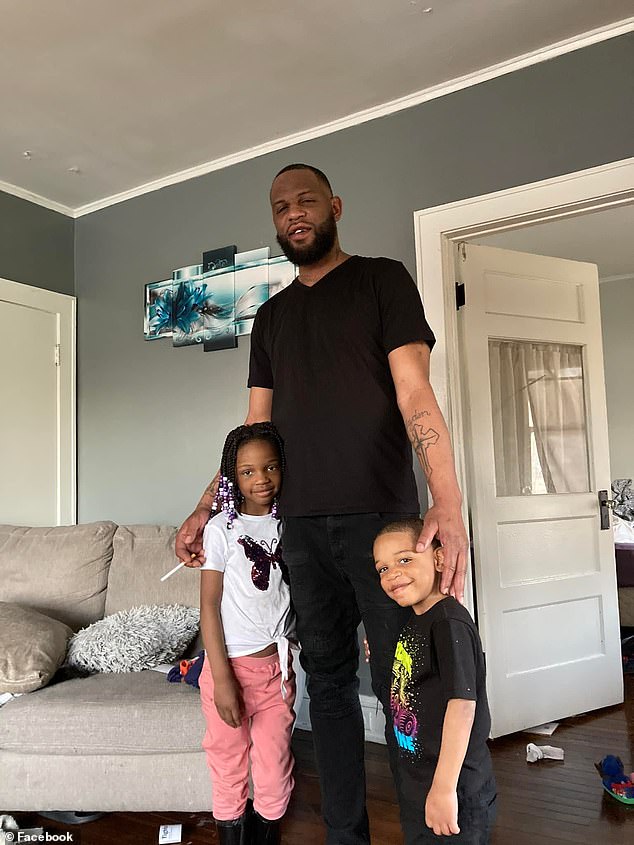 Damari is pictured with his father Dalvin Driver

Jeremiah was also charged with aggravated battery causing great bodily harm to a child under 12, concealing a homicidal death and obstructing justice. A judge on Sunday ordered him held on a $3 million bail.

And an unnamed juvenile sibling also faces charges in Lake County Juvenile Court, with no further details offered on that suspect.

More charges could be filed against the family as the investigation continues.

‘Our hearts ache over the murder of 6-year-old Damari Perry,’ Lake County State’s Attorney Eric Rinehart said in a statement. ‘We would not have reached the awful truth of this case without the work of the FBI, the North Chicago Police Department and the investigators and staff at the Lake County Children’s Advocacy Center.’

‘Prosecutors, investigators and victim support professionals worked late into the night and into the early morning to make sure we understand this tragic crime,’ he continued. ‘Now, because of their rigorous and detailed investigation, we will be able to bring Damari’s killers to justice in a courtroom.’