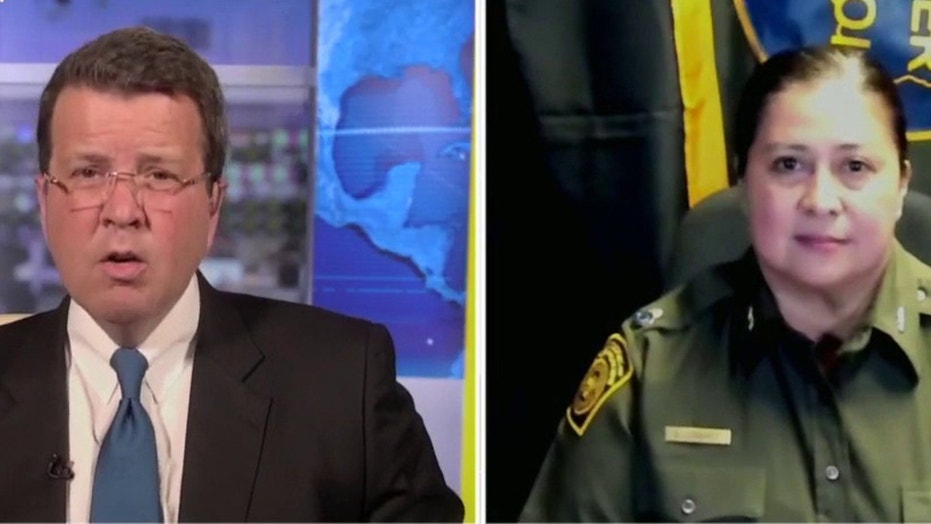 Border Patrol officer: ‘Human beings are a commodity’ to smugglers

The young girls who were literally dropped on the American side of the U.S.-Mexico border and abandoned by smugglers earlier this week are sisters from Ecuador who are “doing fine” and are “so resilient,” El Paso Border Patrol Sector Chief Gloria Chavez told “Your World” Thursday.

“I was really horrified and appalled and worried when I first saw the images come through from my staff,” Chavez told host Neil Cavuto. “When I saw that first child dropped to the ground and then not see her move for a few seconds, I honestly thought this child just probably hit her head and is unconscious. And then I see the second child and immediately DHS, obviously, within a few minutes responded to that area to rescue them.”

On Wednesday, Chavez released video showing what she said were two smugglers scaling a 14-foot fence and dropping each child on to the ground, along with what appeared to be some belongings, before retreating back onto the Mexican side of the fence. Chavez said the girls — ages five and two — were left “in the middle of the New Mexico desert … miles from the nearest residence” and were only picked up thanks to the “vigilance of our agents using mobile [surveillance] technology.”

“When I visited with these little girls, they were so loving and so talkative, some of them were asking the names of all the agents that were there around them, and they even said they were a little hungry,” Chavez recalled. “So I helped them peel a banana and open a juice box and just talked to them. You know, children are just so resilient and I’m so grateful that they’re not severely injured or [have] broken limbs or anything like that.” 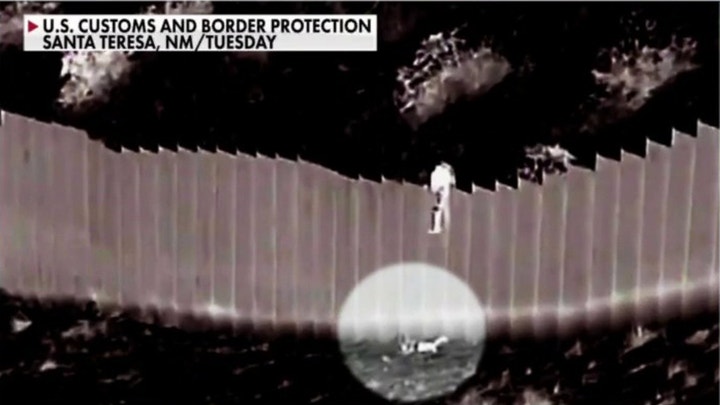 Chavez added that authorities had not previously seen “ruthless” smugglers drop off unaccompanied child migrants in remote areas outside of El Paso.

“I’ve been doing this for over twenty-five years now and we know exactly the tactics of these people,” she said. “For them, it’s just a profit … So when we see an image like that , that raises my alert and my worry that they may continue to try these tactics further out in the desert area like [near] Lordsburg, New Mexico [or] Fort Hancock, Texas, where it’s not urban, it’s very remote, it’s very rural and the logistics and the challenges that exist for Border Patrol agents to get to those locations are quite high.

“So I worry when I see images like this and the tactics that smugglers are using [are] really hurting these children.”

Chavez went on to explain to Cavuto that the girls didn’t make it to the border “just by walking or taking a ride.”

“This is a coordinated effort all the way up to our border, right up to the smugglers operating in that area and then paying — either the families pay a fee or relatives pay a fee,” she said.

“If you saw in that video, there is a third item that is thrown over that barrier, and that was a bag,” said Chavez. “In that bag, there was a phone, there was a phone number and their passports. And we were able through the intelligence and the agents working this case already, they were able to make contact with the mother who resides in New York. So that connection has been made, and we continue with the investigation because … we want to get these guys so that they don’t do this to another unaccompanied minor on that border.”