THIS is the stomach-churning moment a Youtuber's stunt goes horribly wrong, leaving him with a broken skull while his friend thought he was dead.

YouTube star Jeff Wittek has released a video of himself being swung around on a rope attached to an excavator in a bid to explain his injuries. 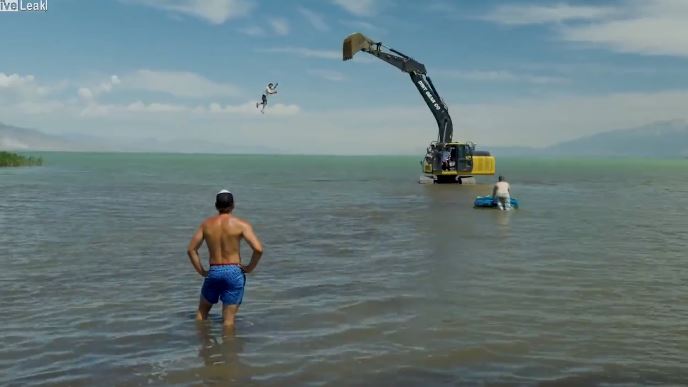 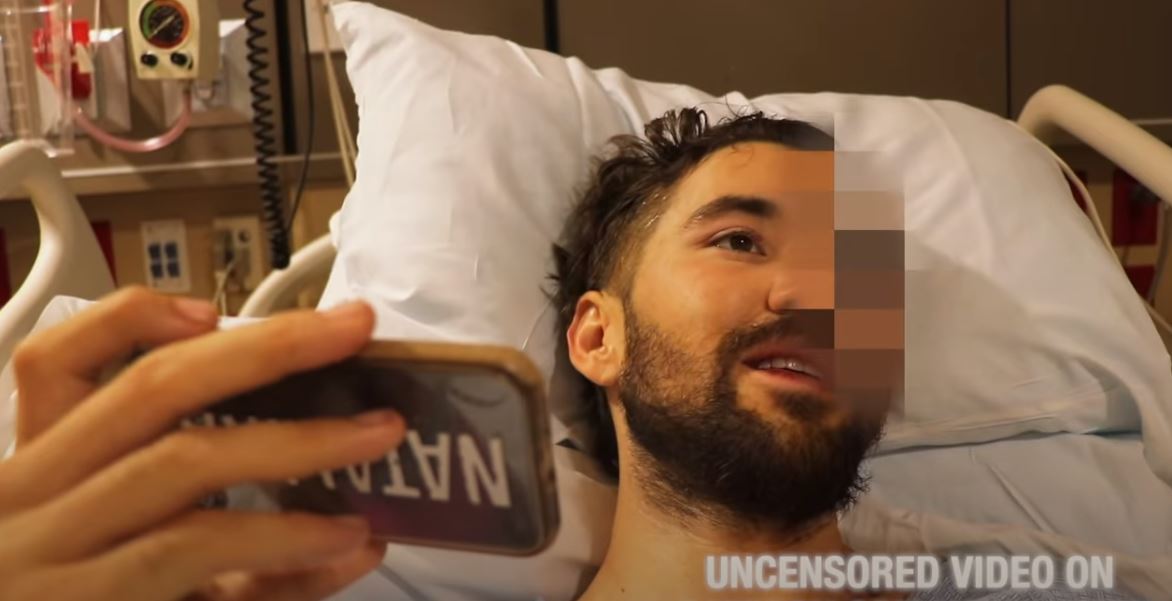 Last month the YouTuber shared images of himself with a black eye leaving his followers wondering what happened to him.

The shocking video shows him screaming while he is swung around before hitting his head on the excavator.

He can be seen falling into the ocean as a group of people who were watching quickly run towards him.

Initially the vlogger did not reveal the reason behind his injuries and just said it happened while shooting a vlog.

He said he has had "a couple of eye surgeries" but "wanted to keep that part of my life private".

He said his eye had looked "pretty gnarly" so he didn't want to appear publicly.

Last week the star uploaded a YouTube clip called How I Broke My Face where he explained how his injuries stemmed from falling from an excavator driven by Dobrik.

And yesterday he shared another video called After the accident detailing his injuries and how he is focused on getting better.

"When I woke up in the hospital I was in shock, I was in a lot of pain, "he said.

"The only thing you want to do when you wake up in pain is just heal." 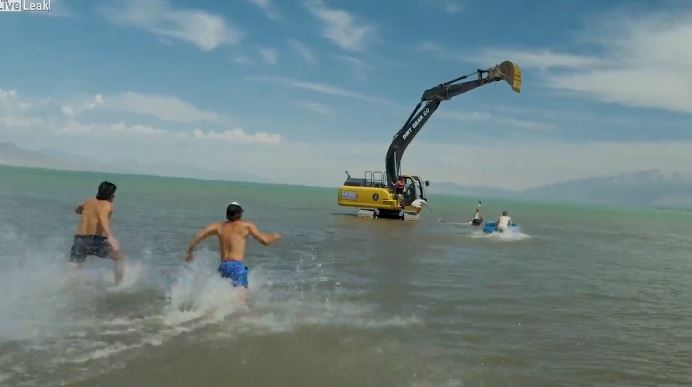 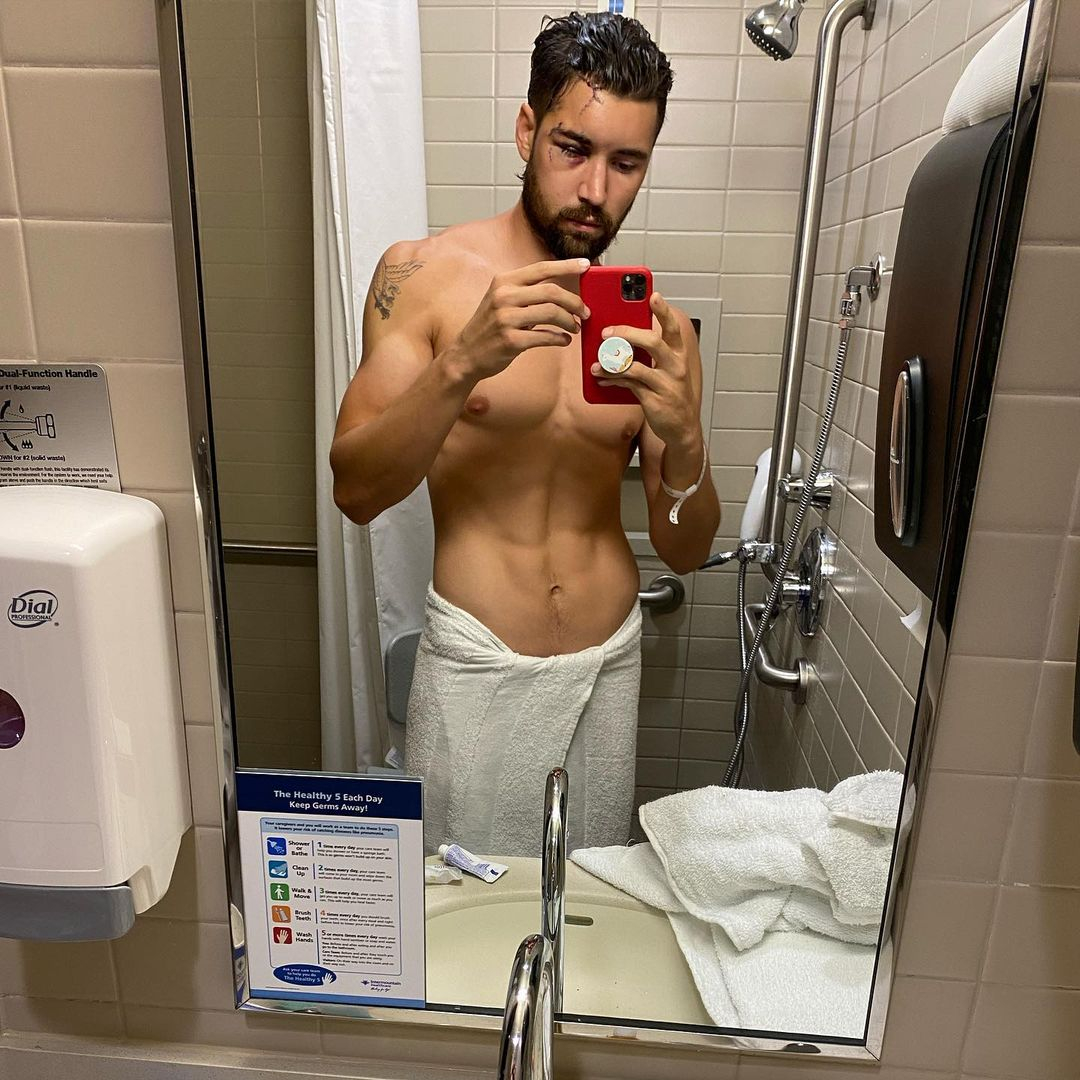 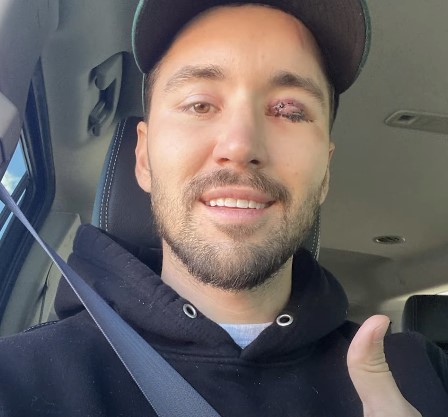 The video continues by showing him in a hospital bed as his friend exclaims:" Holy s*** Jeff I thought you were dead."

Speaking about his accident he said: "Yes it's an accident, s*** happens, it doesn't go always as planned but this was not my fault.

"I didn't sign up to swing around an excavator at 60 miles per hour.

"David didn't sign up to nearly kill his friend and nearly lose everything that he's worked for.

"Nobody asked for this but this is what happened.

"I know I'll come back from this and I'll make it on my own but I'm lucky I'm not dead and I'm not blind.

"It was just a lot emotionally, I felt scared and angry that I had to go through this I want to erase that day and get back to where I was at."

In the video where he appears with the black eye called My Truth Wittek addresses sexual assault allegations against the Vlog Squad. 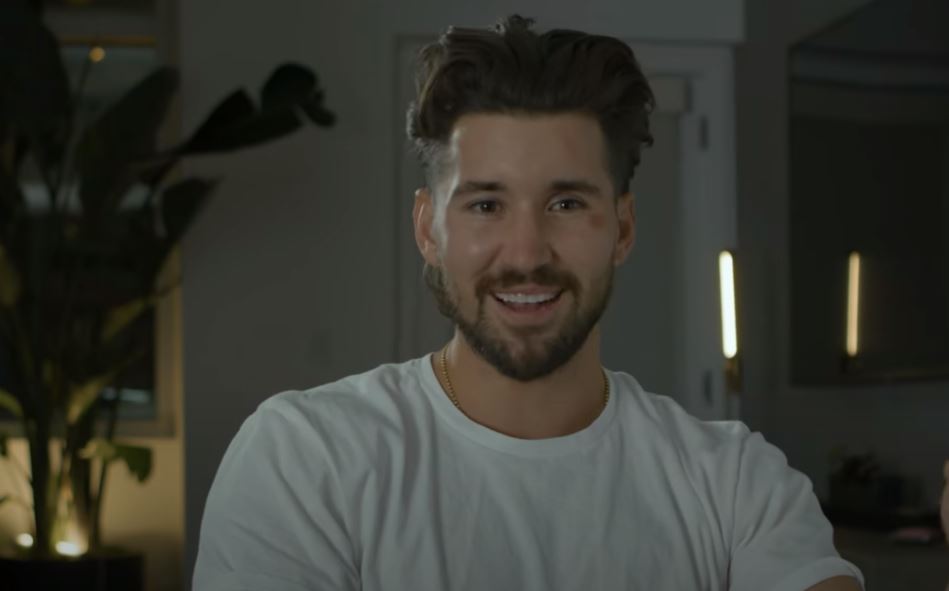 An explosive article published by Business Insider in March 2020 reported that a woman featured on the channel was raped by member Durte Dom in 2018.

He was accused of buying alcohol for underaged girls on the same night but he has declined the claims.

He added: "It just makes me angry because it is so not true."

'Stubborn' cat is filmed running the wrong way down an escalator