THIS IS the jaw-dropping moment the ex-wife of a self-proclaimed Zimbabwean prophet gatecrashes his wedding to demand child support for their two-year-old child.

Ezekiel Rufaro Chivasa, 25, was at the altar with his pregnant fiancée when his ex-wife stormed up to the couple and interrupted the service. 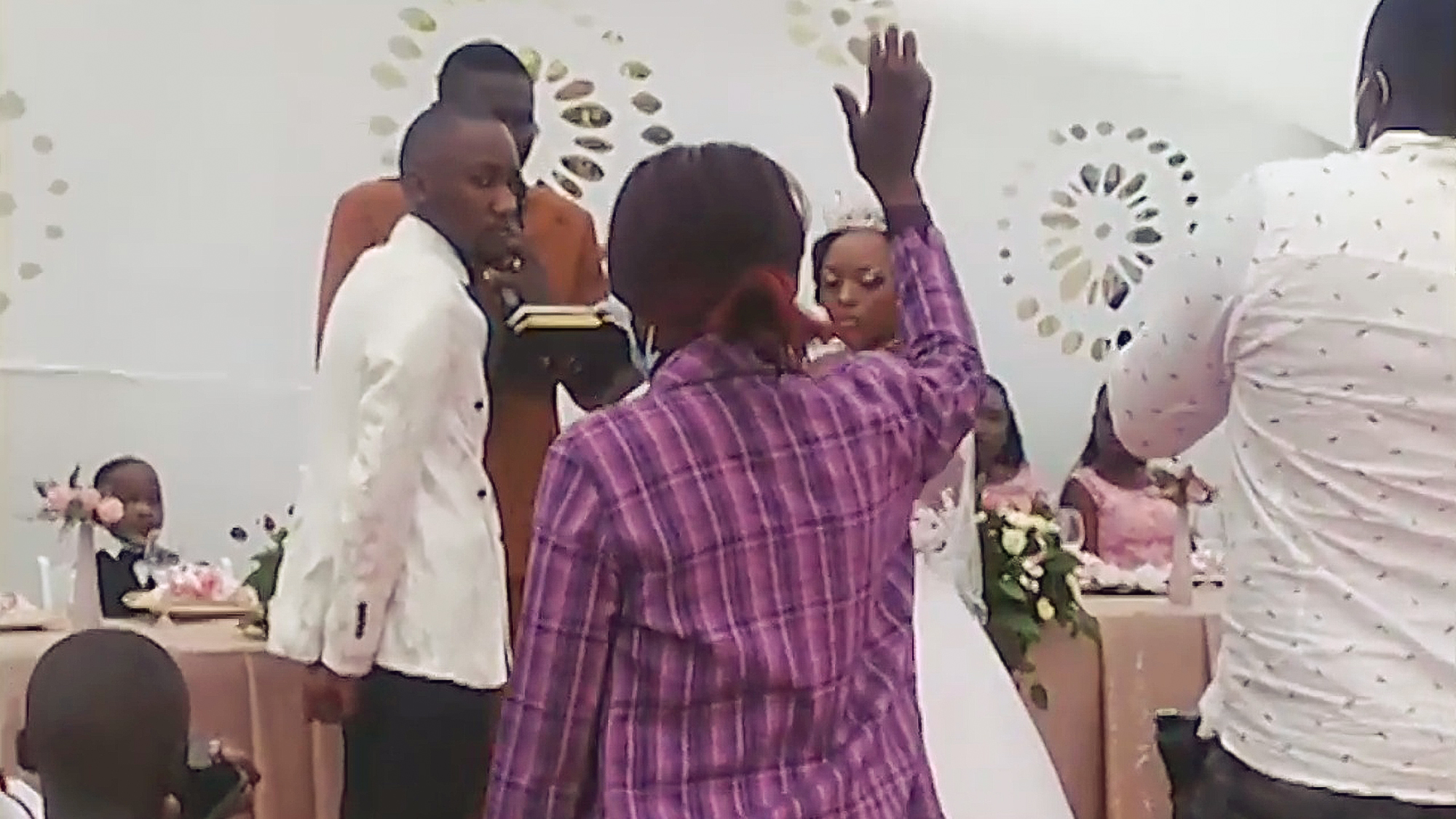 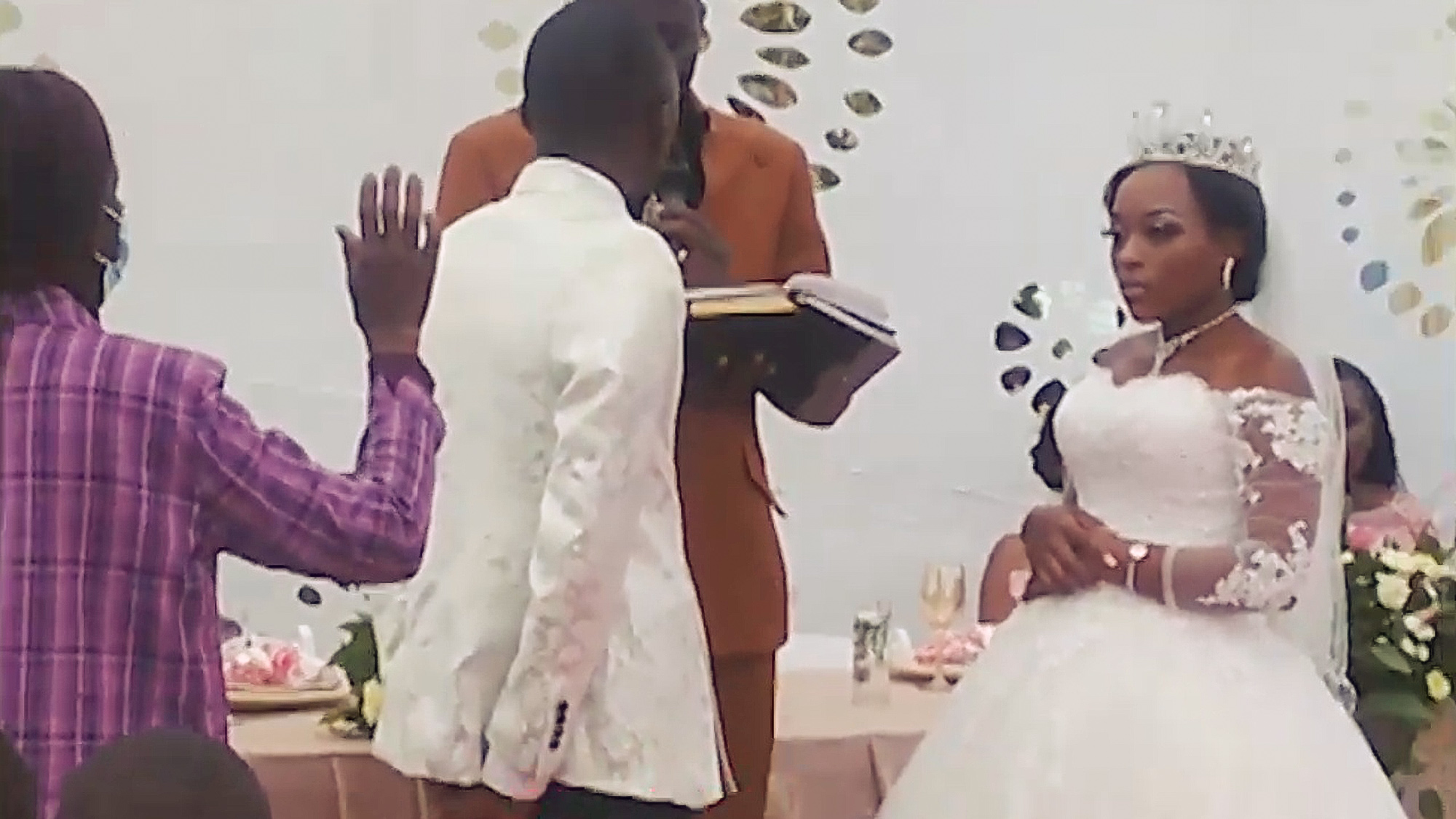 Dressed in their finest wedding gear, Chivasa and his pregnant fiancée Tafadzwa Mukanganga do their best to carry on but are forced to halt proceedings.

Chivasa, of the Rehoboth International Ministries, was getting married at his fiancée’s family home in the suburb of Budiriro in the Zimbabwean capital Harare.

But in an unexpected twist, the groom’s ex-wife Jacqueline Mbangami showed up and reportedly demanded child support for their two-year-old child after claiming he had not been sending any money.

Just before the self-proclaimed prophet and his fiancée were about to exchange their vows, Mbangami gatecrashed the wedding with her relatives. 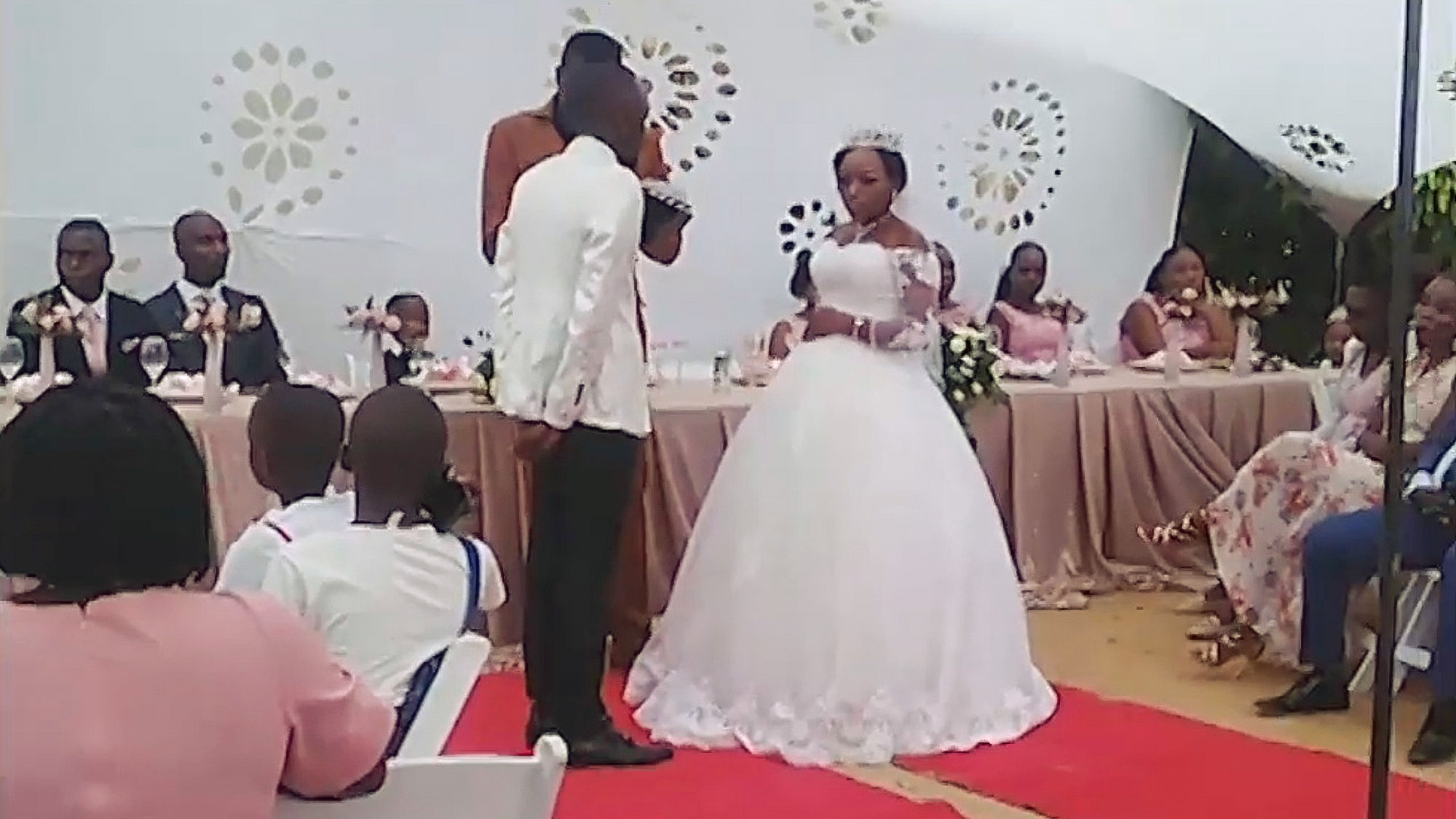 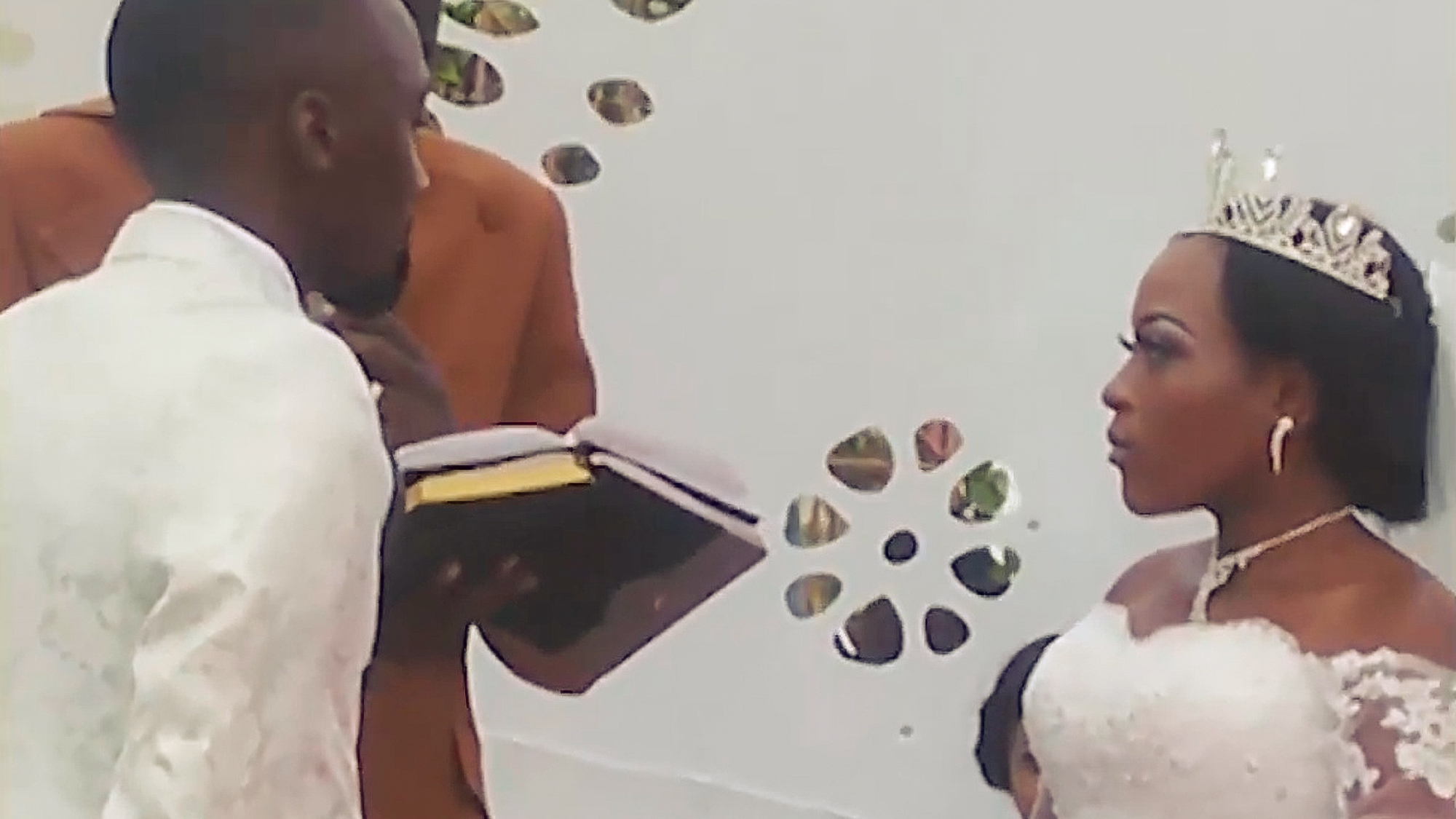 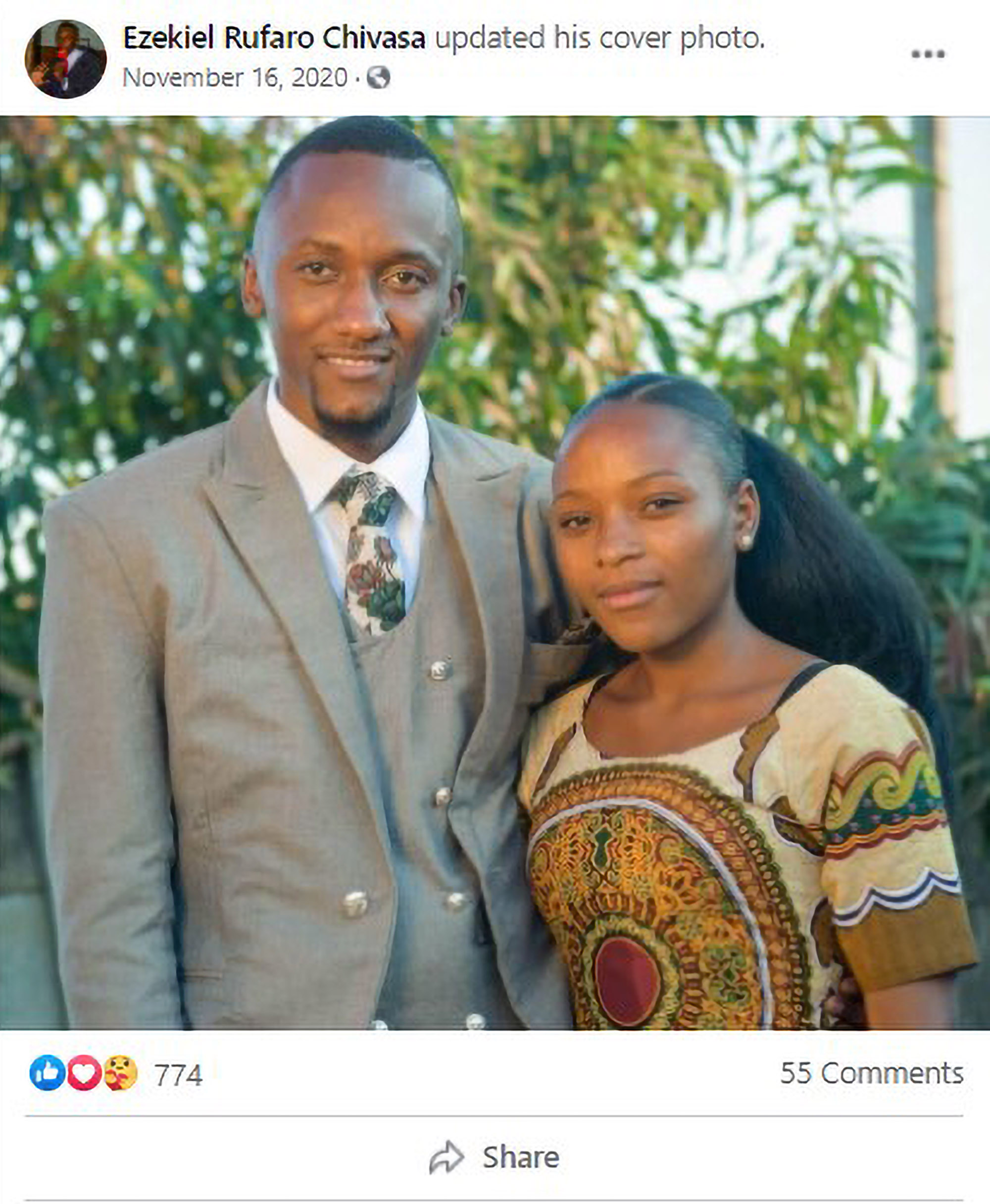 Bishop Jerdan Paradise was forced to pause the ceremony while Mbangami and her family aired their grievances.

In the footage, the bishop is seen asking the DJ to turn up the music and entertain the baffled guests while he tries to sort out the issue.

According to the news site H-Metro, the bishop immediately held a meeting with the Mbangami and Chivasa families to resolve the row.

The groom had to leave the ceremony to attend the impromptu meeting between the two families.

The Chivasa family reportedly agreed to pay a fine of $500 – around £350 – to his ex’s family to be allowed to finish the wedding in progress.

They also vowed to support the two-year-old child and help with some of the costs the Mbangami family had taken on over the last two years.

After nearly half an hour, the Mbangami family gave their blessing for the wedding to continue.

The groom’s brother, gospel musician Jonah Chivasa, told iHarare: “We nearly cancelled the wedding date and his unresolved issues have left us with egg on our face, especially for my father who is a pastor and myself as a musician.

“The incident has affected our mother more considering that she has not been well for the past months.”

After the wedding, the groom’s ex-wife said: “We did not come with the intention to stop the wedding, but took the opportunity to seek attention because Ezekiel has not been supporting the child for the past two years.”