SHOCKING footage shows the moment a masked knifeman swung a massive machete at two cops in the street as they struggled to Taser him.

The horrifying broad daylight attack in Croydon, south London, left one officer with concussion and the other injured as the balaclava-clad thug repeatedly slashed at them. 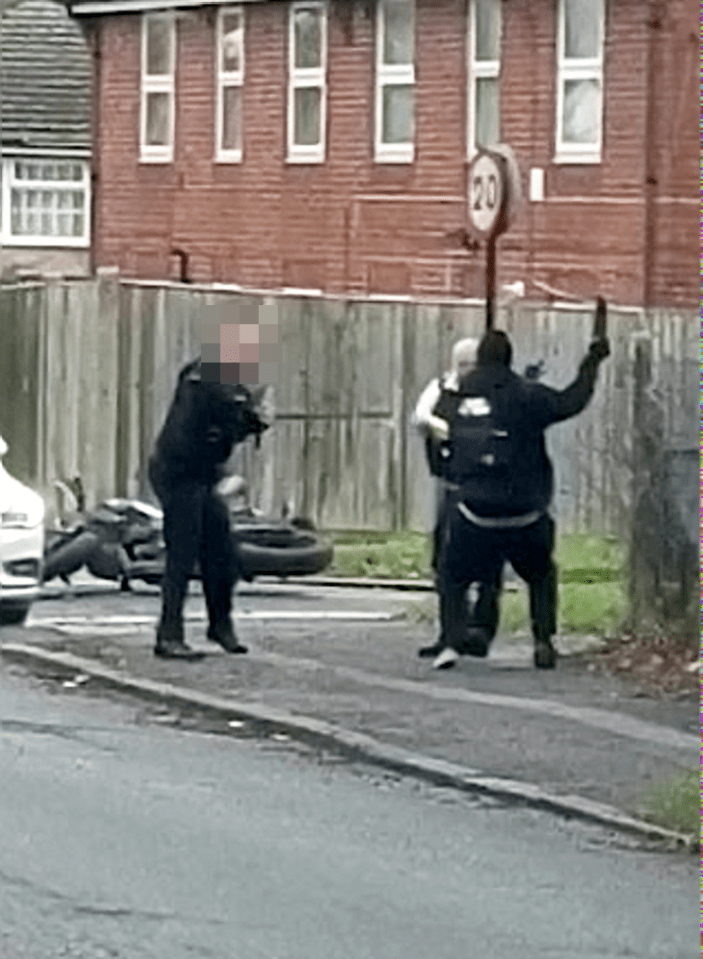 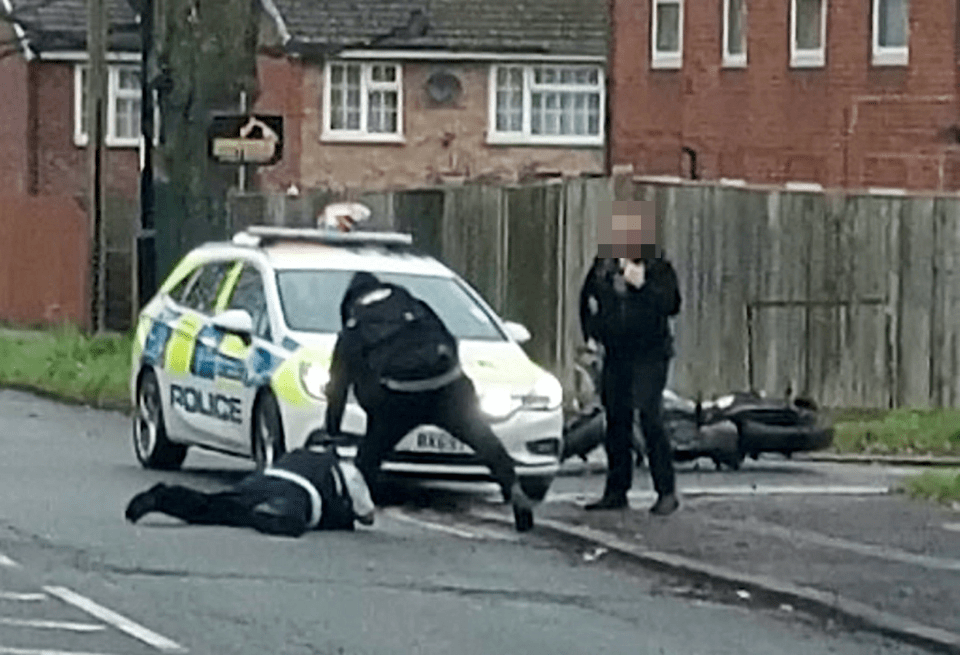 A dramatic clip of the incident shows the knife-wielding man hacking at two cops who try – and fail – to Taser him.

The knifeman can be seen repeatedly hacking at an officer lying on the road desperately trying to cling onto his leg.

After an failed attempt to Taser him, a second cop then appears to stun the attacker with pepper spray as he continually hits out at the officers.

The attacker then trips and fall backwards as a panicked member of the public rushes over to help.

Police said a 23-year-old man was arrested and charged following the incident in Cherry Tree Green at about 10am on December 30.

One officer suffered concussion while the other cop has a suspected fracture.

Disney+ actress who starred in series Snowdrop ‘dies suddenly’ at 29

The terrifying incident was caught on camera by roofer Robert Ball.

"I was really shocked when I realised it was a knife," the 31-year-old told SWNS.

"He was trying to unsheathe it.

"The blade must have been as long as your forearm. I was like, "what the hell!". I live in the area. It doesn't feel very safe."

The Metropolitan Police are now appealing for witnesses.

A spokesman said: "At around 10am on Thursday, December 30, officers from the Met’s South Area Command Safer Transport Team stopped a man riding a motorcycle at Cherry Tree Green, Croydon.

"The man, aged 23, became violent during the stop. He was detained following Taser deployment.

"A knife was recovered at the scene.

"A 23-year-old man has been charged in connection with the incident." 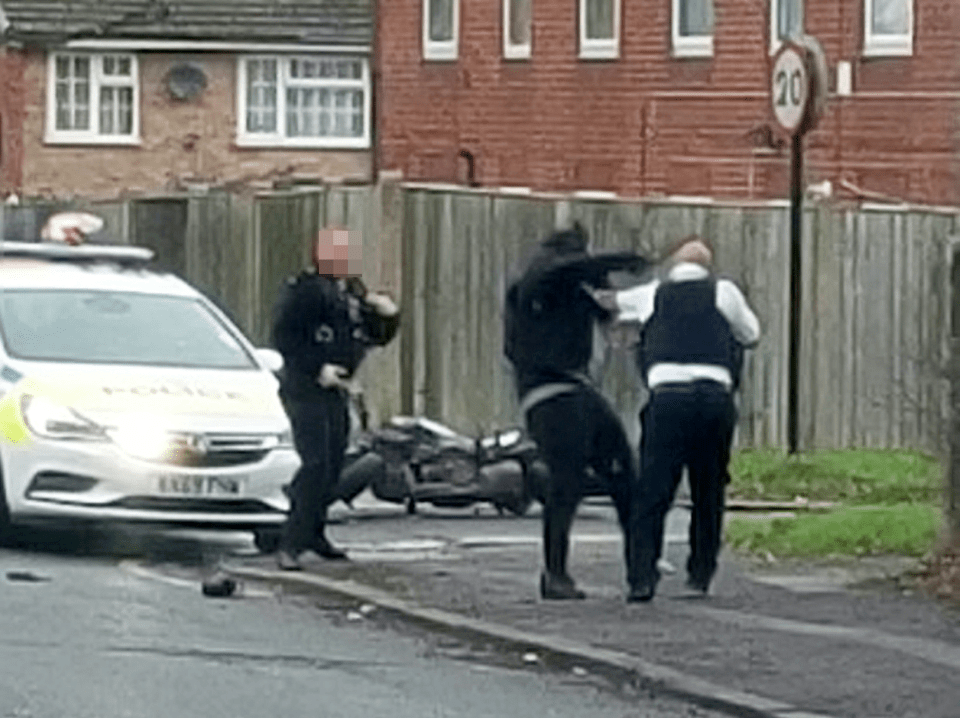 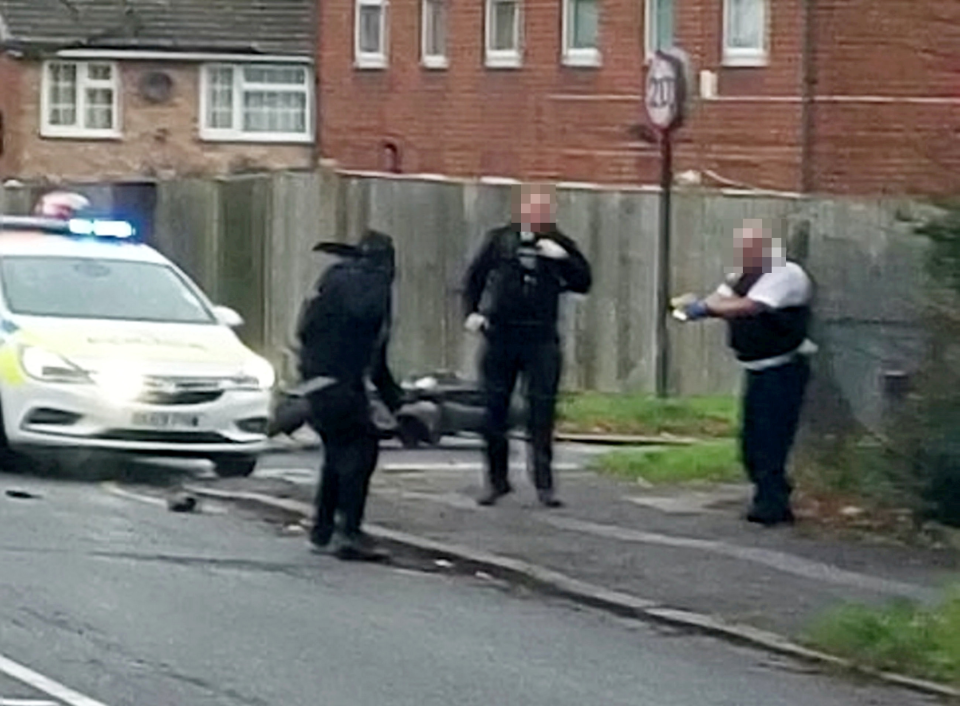 Covid cops give gran, 82, a warning for enjoying cup of tea with neighbour in communal garden in lockdown

NYPD cop dies after being struck by car in Queens

US Navy vet shot dead his ex-girlfriend after she stopped him from seeing their newborn baby, cops say