THIS is the shocking moment a banned elderly pub-goer is floored by a flying chair in a Wetherspoons pub.

The punter, who had reportedly just attempted to steal a phone, is hit on the head by the fast-moving piece of furniture in front of stunned drinkers. 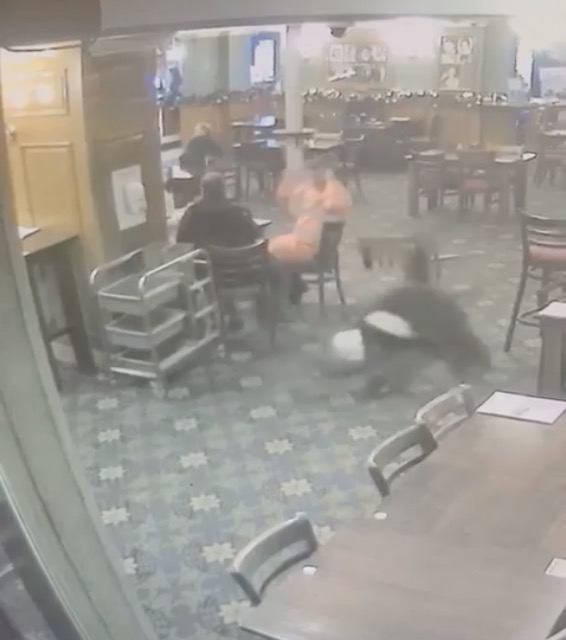 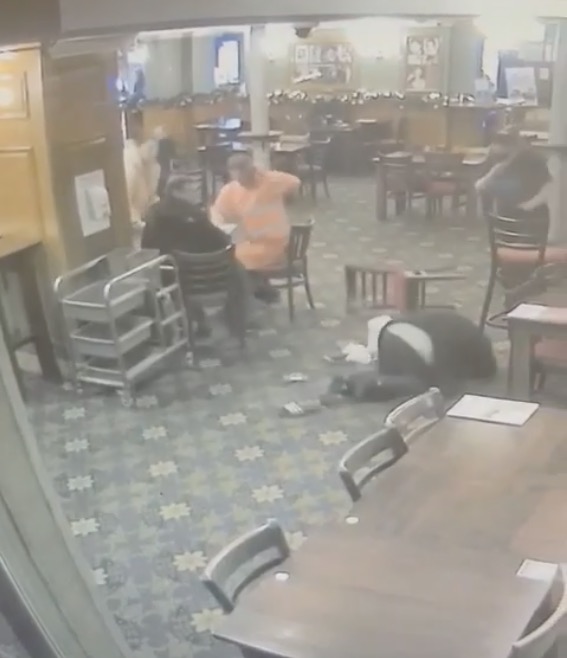 A Wetherspoon spokesman told the Sun Online the man is a barred customer from the pub and had snuck in without staff knowing.

They said he tried to steal a phone before the customer threw a chair at him, and both were asked to leave.

In the footage the elderly man is seen wandering around the pub wearing a black bobble hat and jacket while carrying a plastic bag.

He turns and shouts at somebody out of shot before the chair is flung across the room and he falls to the floor.

The man collapses to the ground as members of Wetherspoon staff and customers rush to his aid.

The footage is from The Thomas Frost on Walton Road, Liverpool, and filmed on December 9.

A Wetherspoon spokesman said: "It is alleged that he tried to steal a mobile phone from a table, and an argument ensued between the barred customer and the customer who owned the phone.

"The customer who owned the phone then proceeded to throw a chair at the customer, knocking him to the floor.

"The duty manger then became involved and went to assist the barred customer, he was asked if he was okay and did he need any attention, he declined this, then became abusive towards staff and he left the pub

"The other party was asked to leave and they did so. We apologise to our customers that this happened in our pub."

Hundreds of people noted their shock at the horrifying incident in the pub. likes leaving users shocked at the violent incident.

Someone else wrote: “Who throws a chair at an Arl fella walking away with his back turned aswel f***in s***house." [sic]

Merseyside Police had no record of a complaint or report made in relation to this incident. 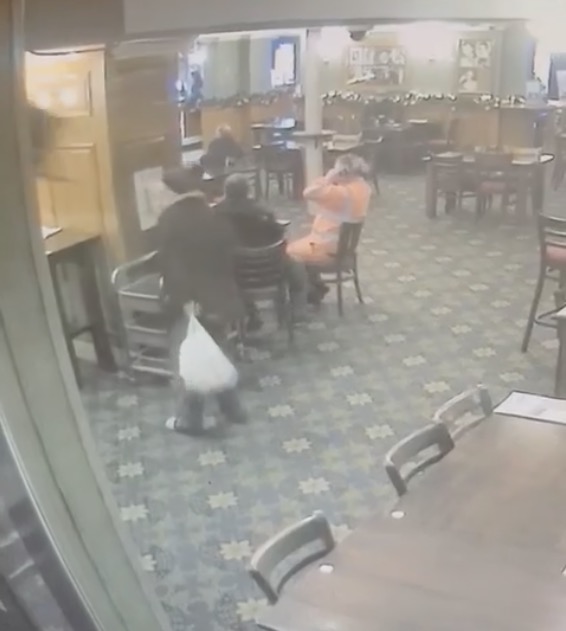 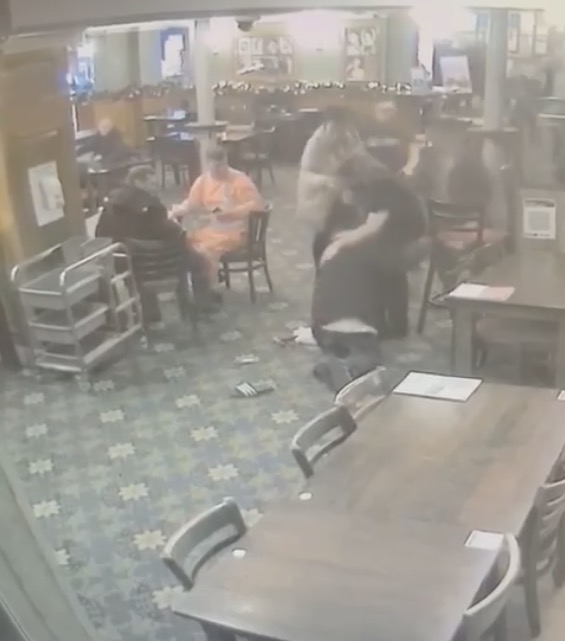