Seven Nigerian men, including two who have already appeared in court, will face no further action over a suspected hijacking of an oil tanker off the Isle of Wight.

The force, which was leading the probe into the ‘maritime security incident’, said it decided to drop charges following advice from the Crown Prosecution Service.

Two men, Matthew John Okorie, 25, and Sunday Sylvester, 22, had been remanded into custody and were due to appear at Southampton Crown Court on January 29.

However they will now face no further action for an offence relating to conduct endangering ships under section 58 of the Merchant Shipping Act 1995. 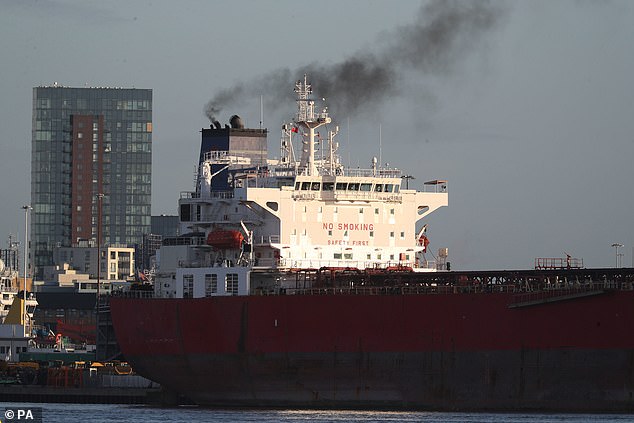 The Nave Andromeda oil tanker docked next to the Queen Elizabeth II Cruise Terminal in Southampton on October 26, 2020 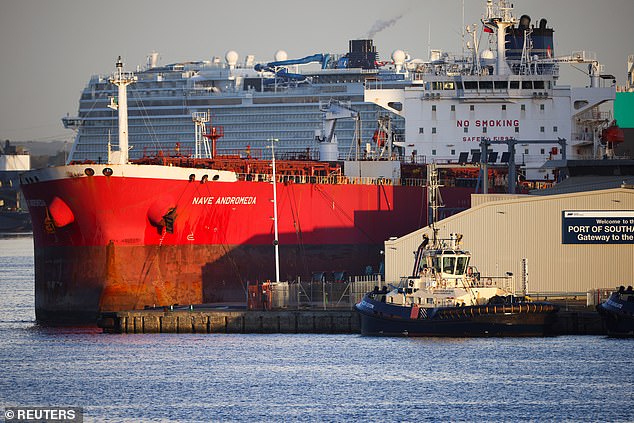 A police spokesman said today: ‘This decision was taken by the Crown Prosecution Service after additional evidence came to light as part of the investigation.’

Officers said five other men, who were arrested on suspicion of seizing or exercising control of a ship by use of threats or force, had remained on bail until January 25.

Now, they will also now face no further action in relation to the probe but will ‘remain detained under immigration powers in accordance with published processes’.

Senior District Crown Prosecutor Sophie Stevens said this morning: ‘The CPS has a duty to keep all cases under continuous review. 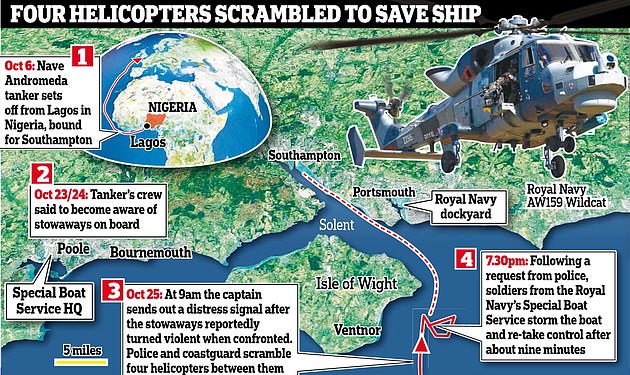 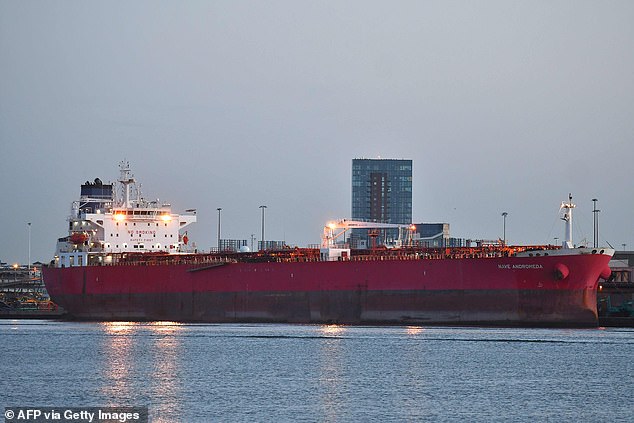 The ship’s operator, Navios Tanker Management, said the stowaways ‘illegally boarded’ the Liberian-flagged tanker in Lagos. It is pictured is berthed at Southampton docks last October

‘And, after additional maritime expert evidence came to light, we concluded there was no longer a realistic prospect of conviction and discontinued the case.’

It follows the raid carried out by around 16 members of the Special Boat Service (SBS), backed by airborne snipers, who secured the tanker in around nine minutes.

It came amid reports stowaways had boarded the vessel and attempted to hijack it.

The operation was authorised by Defence Secretary Ben Wallace and Home Secretary Priti Patel after a tense 10-hour stand-off. 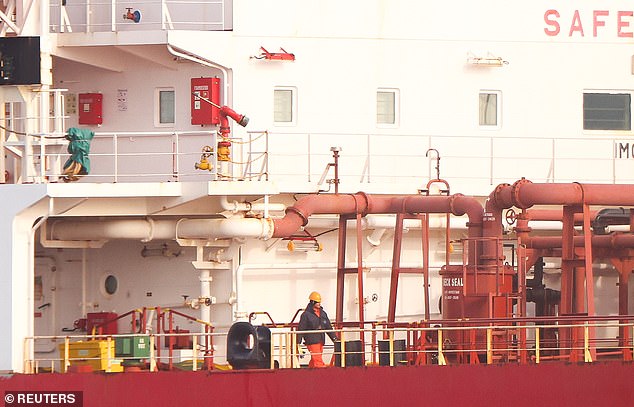 A man is seen on the deck of the Nave Andromeda at Southampton Docks on October 26, 2020

Hampshire Police previously said the force was alerted to concerns over the welfare of the crew of the 748ft (228m) Nave Andromeda soon after 10am on October 25 as the ship headed towards Southampton, having set sail from Lagos in Nigeria.

The company revealed one day later that the master, a Greek national, had remained on the bridge throughout the SBS operation in order to stay in contact with them and continue the safe navigation of the ship.

All other members of the crew went to a secure area on the vessel for their own safety, except for the engineer – another Greek national – who remained in the engine room taking instructions from the master. 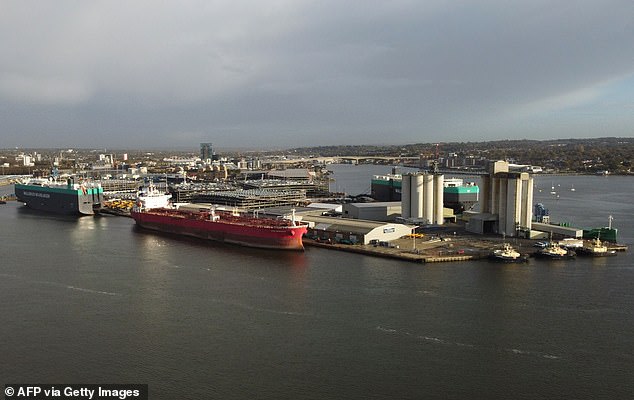 The vessel had been located around six miles off the coast of Bembridge on the Isle of Wight. It is pictured at Southampton docks on October 26, 2020

The SBS is the elite maritime counter-terrorism unit of the Royal Navy, with most of its personnel Royal Marine Commandos, whose operations are highly classified and not officially confirmed.

Four military helicopters – thought to have included two Merlin Mk4s, a Wildcat and a Chinook – took 40 personnel to the scene of the suspected hijack and about 16 members of the SBS boarded the vessel.

Before the armed forces action, Hampshire Police said the vessel had been located around six miles off the coast of Bembridge on the Isle of Wight.

An exclusion zone with a three-mile radius was placed around the vessel, with two Coastguard helicopters spotted circling the ship in the afternoon.