Home » World News » Sen. Joe Manchin says he hasn't ruled out a presidential bid in 2024: 'Everything is on the table' 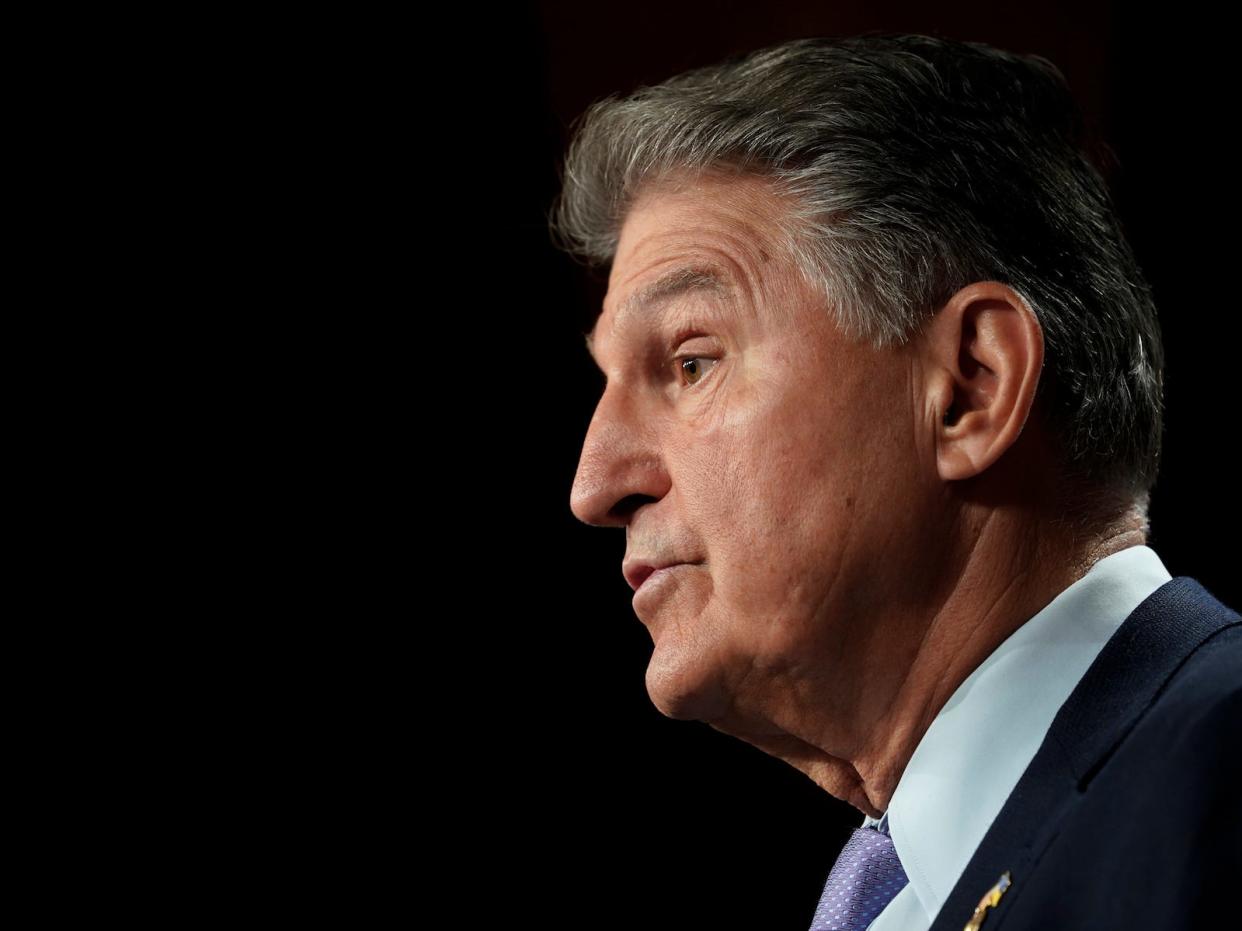 Sen. Joe Manchin has not ruled out a presidential run in 2024, nor has he committed to remaining a Democrat.

The senator from West Virginia remained noncommittal on his future plans while speaking with NBC's Chuck Todd on "Meet the Press" on Sunday morning.

"I haven't made a decision what I'm going to do in 2024. I've got two years ahead of me now to do the best I can for the state and for my country," Manchin said. "Everything's on the table."

Manchin, a moderate who has at times been labeled an obstructionist by his party, specified that a bid for governor of West Virginia is not on his horizon, leaving only the presidency, as Todd noted on Sunday.

"So everything on the table," Todd said. "There's basically only one other thing, the presidency. Is that something you would do outside the Democratic party if you did?"

"The only thing I can tell you is what I will do is whatever I can when I make my decision what I think is the best that I can support and represent the people of West Virginia but also be true to this country and the constitution of this country," Manchin replied. "I'm going to do everything I can to make sure that, when I make my decision, I make it based on what's best, what I think I can do to support and best for my country and my state."

EARLIER: @Sen_JoeManchin (https://t.co/A9qEVDhA58.) won't rule out a presidential or reelection bid with a different party in 2024.

Manchin: "Everything is on the table." pic.twitter.com/FNwxydA4Hc

Todd noted that Manchin wasn't denying the possibility of a presidential future, but he pivoted to asking whether the senator would support a reelection bid from President Joe Biden, who turned 80 years old in November.

"He'll have to make that decision," Manchin said, withholding his immediate endorsement. "I haven't decided on anything I'm going to do until I see what the lay of the land is going to be at that time because this country needs to unite. We need to come back together. We're not coming together. And it needs to be somebody that can bring this country together."

Many Democrats questioned whether Biden should seek a second term while the president has tepidly indicated that he plans to run again. While Biden has not yet officially announced, his plans have become firmer among insiders in recent weeks, notably since former President Donald Trump announced his 2024 reelection bid in November.

"I think he's done a good job in so many factions, in so many areas. I think there's a lot more to be done. I think he's been pulled to the left too far, and I think I've told him that. I've been upfront with that. That centrist center is what the country wants, that's what the people want in America," Manchin said.