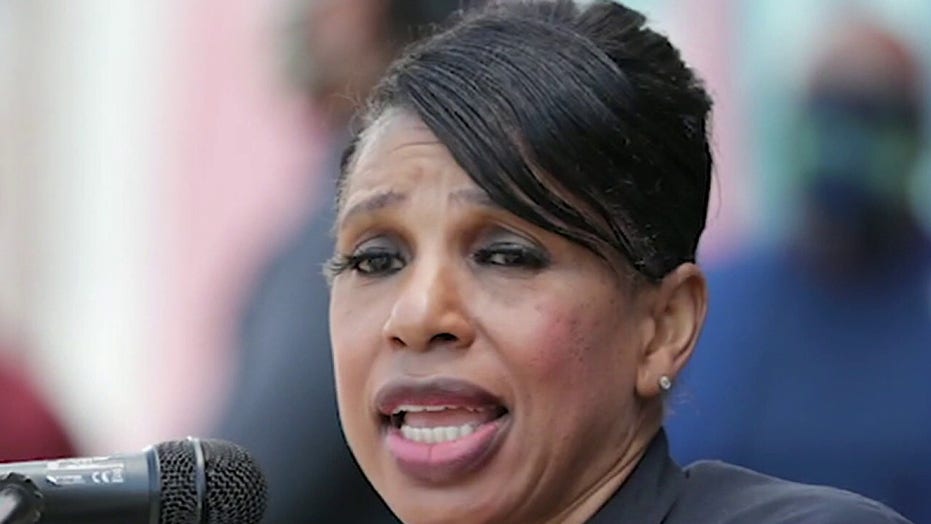 Eighteen people were arrested late Sunday in Seattle when an anti-police protest descended into a riot, with members from the group throwing rocks and explosives at law enforcement officers, authorities said Monday.

The protest began in the Seattle neighborhood of SoDo around 7 p.m., with an estimated 100 people marching on foot with cars following behind them, according to a Monday morning press release by the Seattle Police Department. They made their way to the building that houses the Seattle Police Officer Guild and, within hours, the demonstration turned violent.

Sometime after 10 p.m., demonstrators detonated a “large explosive” and tried to break the window of a police car, authorities said. 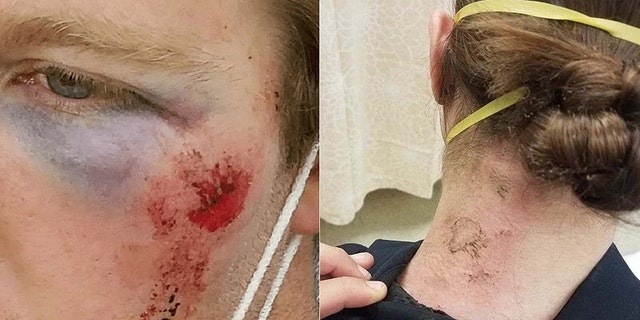 An officer’s injuries after an explosive was thrown at them. Left photo shows injury to eye; right image shows burn injuries to back of neck. (Seattle Police Department)

Even after police officers ordered the crowd to disperse, people from the group allegedly began throwing bottles and rocks at them.

"Multiple explosives were thrown toward officers,” the press release stated. “Several officers were struck by explosives and injured.”

Police then declared a riot and fired blast balls and pepper spray toward the crowd.

Three officers were hurt, and one was taken to an area hospital for their injuries, police said. Their condition was not immediately known.

Meanwhile, police said 18 people were arrested and jailed as a result of the night’s events.

The continued anti-police protest comes just days after the city's police chief, Carmen Best, retired from the force following Seattle's plan to slash the police department by as many as 100 officers.

"It really is about the overarching lack of respect for the officers, the men and women who work so hard, day in and day out," Best said last week, adding: “The idea that we’ve worked so incredibly hard to make sure our department was diverse, that (it) reflects the community that we serve, to just turn that all on a dime and hack it off, without having a plan in place to move forward, is highly distressful for me.”

British tourist, 60, died watching a blue movie in a sex shop private booth during bicycle tour of Italy – The Sun

Girl 14, in 'extreme danger' after she was 'abducted by her mother's ex-boyfrien