Two Star Wars super fans have proven their love for each other and for the iconic film franchise with a Star Wars themed wedding.

Bride George FitzClarence, was a vision in a white gown, but instead of a veil she opted for a Stormtrooper helmet.

Meanwhile her groom Anthony Middleton dressed in costume as villain Kylo Ren, complete with helmet and a red light saber.

The nuptials took place at the luxurious Aviator Hotel in Hampshire on Saturday – better known to fans May the 4th.

Even the couple’s children got in on the theme, dressing up as characters from the movie including Darth Vader, Luke Skywalker, Obi-Wan Kenobi and Han Solo. 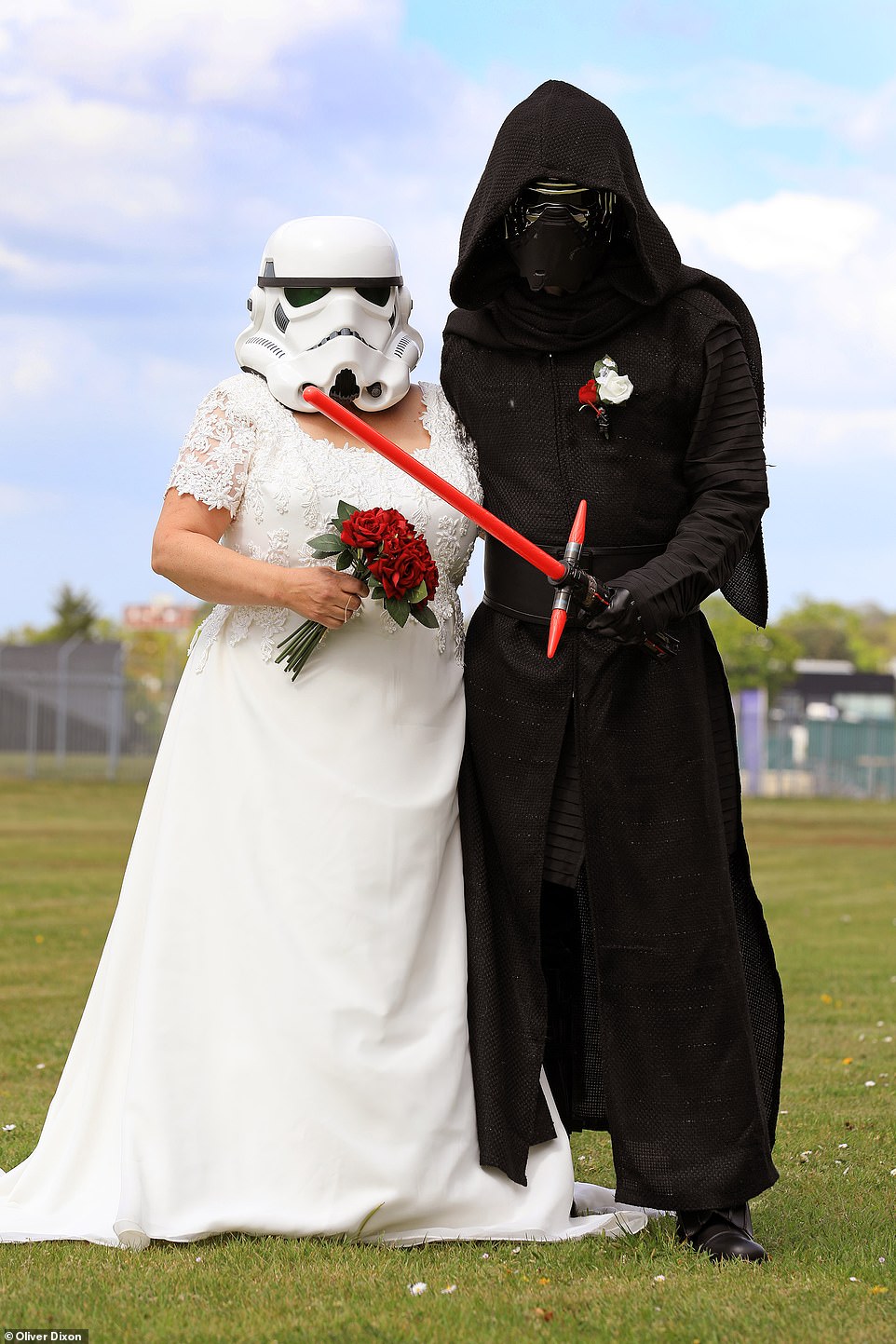 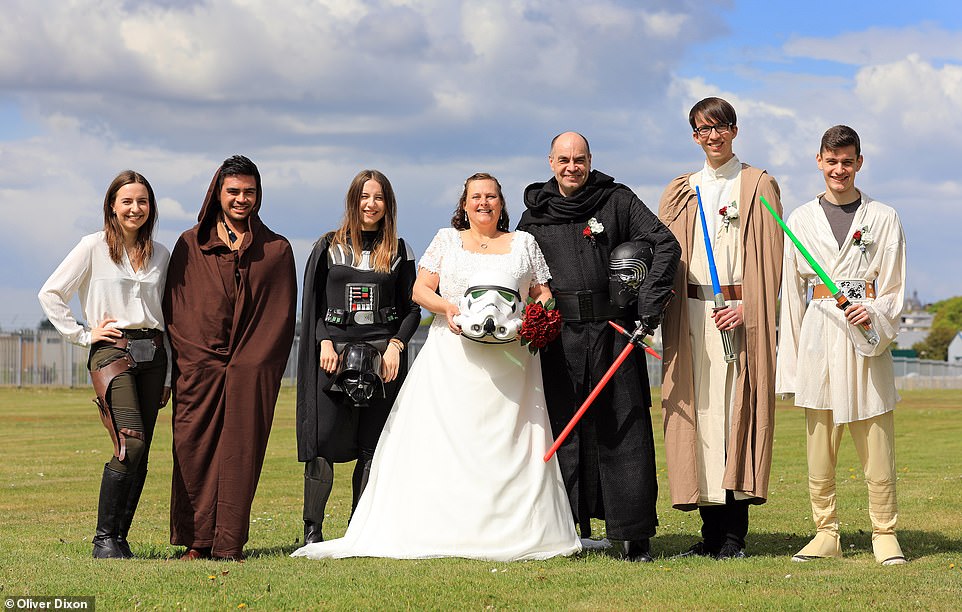 The couple’s children involved on the theme, dressing up as characters from the iconic film franchise. Anthony’s daughter Jessica dressed as Han Solo (right) while her partner Christopher Glover dressed as Obi-Wan Kenobi (second right) 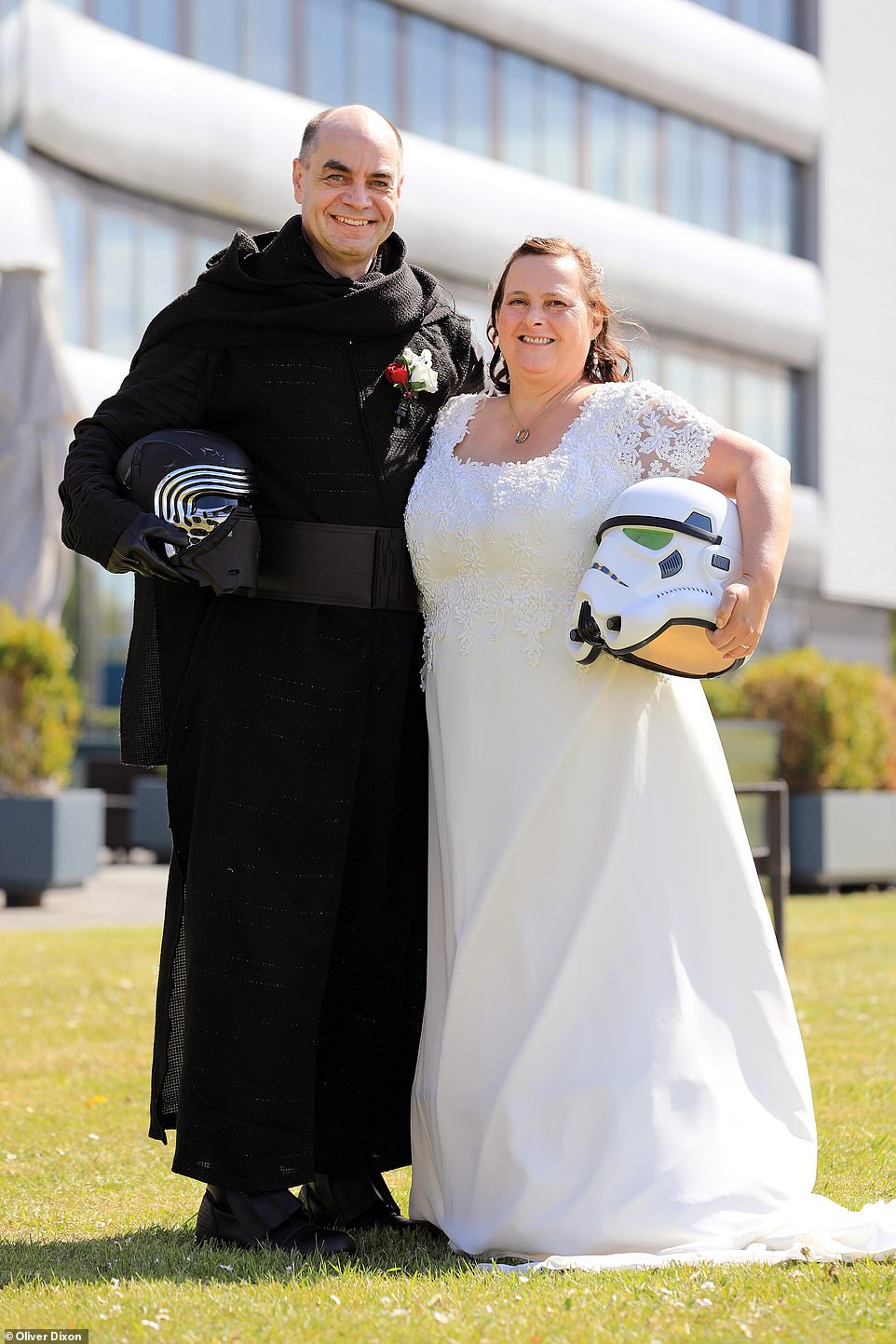 The bride was a vision in a white gown, but instead of a veil she opted for a Stormtrooper helmet. Meanwhile the groom was in costume as villain Kylo Ren, complete with a helmet and red light saber 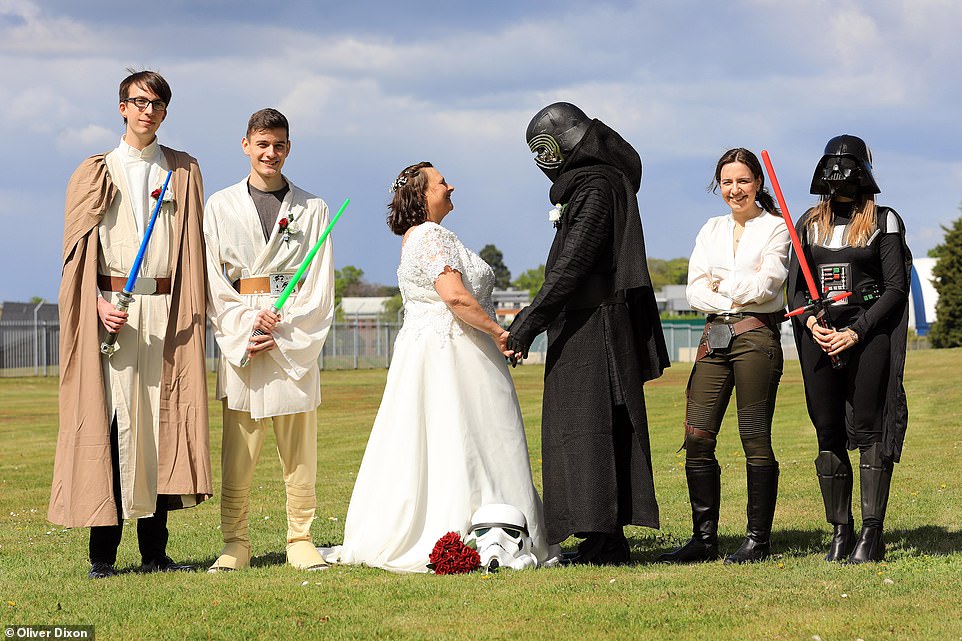 Mother tried to get schizophrenic son sectioned days before he killed

Trump asks, ‘Will you remember that, Texas?’ as Biden vows ‘transition’ from oil