Thousands of schools closed during the week of Jan. 2 after the holiday break, amid a surge of COVID-19 cases and harsh winter weather conditions.

More than 5,200 schools closed across the U.S. the first week of the year, some of which will remain closed until Jan. 16, according to community events website Burbio, which has been tracking school closures in about 5,000 school districts during the pandemic.

“During the school closures last year, I had five kids, including a kindergartner, logging online and supposed to sit there and stare at a computer for six hours a day while I’m a full-time worker,” Independent Women’s Forum (IWF) President Carrie Lukas, who lives in Virginia, told Fox News Digital. “Not that I couldn’t continue my job, but speaking from personal experience, it was totally demoralizing. No matter how hard you try to support your kids, there was a feeling that you could never do enough.” 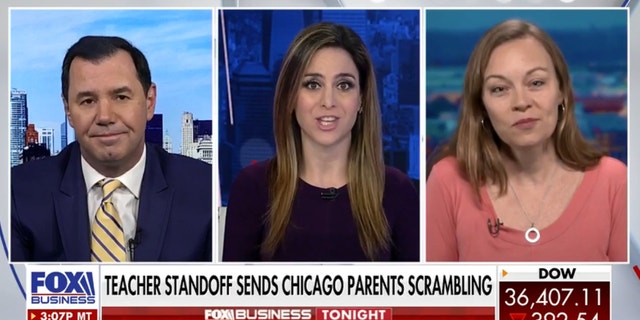 Over the course of a year, Lukas — like so many other parents — acted as a full-time employee, mother and, in some ways, a teacher, as she tried to keep up with what her kids were learning in their local public schools while they were remote. She wanted to make sure their skills continued to improve while they were learning from home.

Most Virginia schools are open now, except for some in the northern part of the state that had to close due to COVID-19-related staffing shortages this week. But in some places like Chicago and California, teachers’ unions are threatening remote work and walkouts if their demands for increased virus protections are not met.

The Chicago Public School system, while pushing for teachers to show up to school in-person, canceled all classes on Wednesday, Thursday and Friday for some 340,000 students and locked teachers out of their online platform amid negotiations with the Chicago Teachers Union.

Researchers at Stanford University, Stamford University and the Cato Institute found that “homeschooling households grew from 6.5% in May 2020 to 8.5% in May 2021, reaching a peak of over 15% in August 2020,” according to the abstract of their study published Jan. 5 in the Social Science Research Network (SSRN). 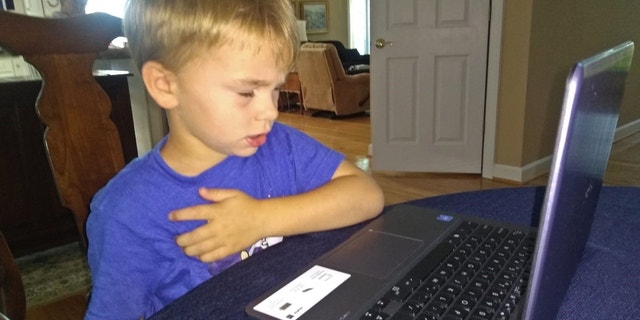 Additionally, researchers found that a 1 percentage-point (pp) increase in remote learning “is associated with a 0.102pp, 0.073pp, 0.061pp, and 0.055pp rise in the probability that parents report anxiety, worry, depression, and loss of interest over half the days in the past week.”

For parents who don’t work from home, “the uncertainty of what they’re going to be doing in a couple of weeks — it’s just an incredible stress,” Lukas said. “You can’t make plans, and it’s very hard on working parents and, in particular, working moms.”

IWF has launched an online school choice campaign allowing parents and teachers to share their remote-learning stories and read about the experiences of others. Many of the comments say parents should have the right to decide how their taxpayer dollars are spent on education.

“We’re at a moment when I think there’s been a lot of very [clarity] over the last two years,” Lukas said, adding that the public is more interested in “what entities are putting kids’ interests first.”

While cases have spiked, deaths from the disease have fallen by more than half. Jan. 13, 2021, saw the greatest number of COVID-related deaths since the pandemic began with nearly 4,050 deaths reported that day. The seven-day average hovered around 3,400 deaths per day. But as of Jan. 5, the last time the Centers for Disease Control and Prevention (CDC) updated its trending data, the nationwide seven-day average was reported at 1,245 deaths. 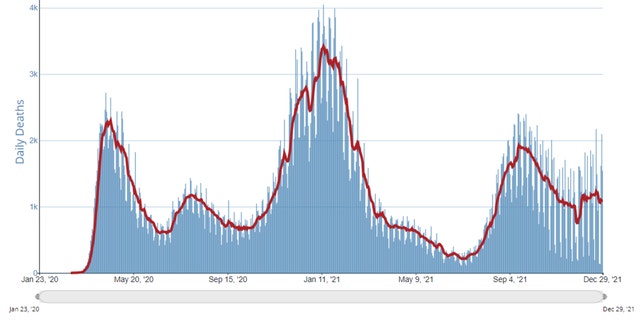 U.S. Surgeon General Dr. Vivek Murthy, as well as the American Academy of Pediatrics, American Academy of Child and Adolescent Psychiatry and Children’s Hospital Association, have declared a “national emergency” or “crisis” in child and adolescent mental health in the U.S.

While some young people got more sleep, exercise and positive family time at home during the pandemic, others suffered, the surgeon general said in a December notice.

“Research shows that for girls — particularly pre-teens and teenagers — having a social circle and positive relationships with friends is so important to mental health,” Lukas said. “… When you rob especially young girls of those positive friendships and put them online, that’s going to be really hard on them. A lot of kids’ … relationships became online relationships.” 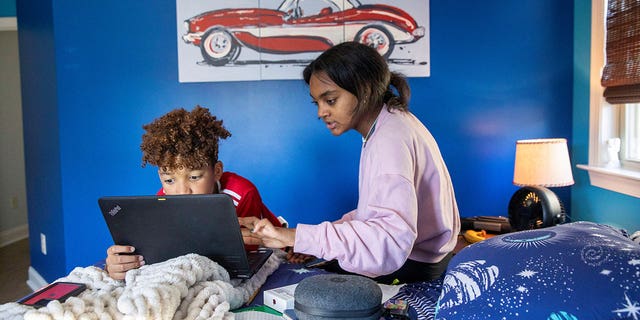 Lukas was making an effort to get her children to spend less time online and more time outside with friends before the pandemic, which put those plans on hold when it forced kids to spend all day on their computers and athletic programs were canceled or paused.

Students are also faring worse academically after two years of the pandemic and related learning complications, according to a July study from NWEA, a research nonprofit. The report found that students were struggling more academically “by the end of the 2020-21 school year compared to what we first reported in the fall.”

While students’ reading comprehension improved slightly in the beginning of COVID-19, it declined into 2021. Students’ math comprehension has been decreasing since 2020; NWEA found that “math achievement fell even further behind historical trends – the difference of 5 to 10 percentile points in fall of 2020 widened to a difference of 8 to 12 percentile points in spring of 2021.”

The pandemic also exacerbated inequalities among minority students, who were “less likely to be learning in person and more likely to encounter obstacles in accessing instruction compared to White students,” according to NWEA.

“The unions should recognize that the parents, especially parents of poor kids and poor and disadvantaged communities … should have the option of using these [school] resources instead of” having those resources put toward “a totally dysfunctional and indifferent bureaucracy, which is most of our public school systems,” Lukas said.