At least 16 children were hospitalised at a school in Germany yesterday when a swarm of wasps attacked them at break time.

Several students at the Adolf Reichwein secondary school in the western city of Lüdenscheid, around an hour’s drive northeast of Cologne, complained of wasp stings after recess at around 10.45am local time (09.45GMT) yesterday.

Thirteen of the stung children were rushed to hospitals across the city with 11 of them needing emergency treatment.

‘I have never seen such a violent occurrence of such a large number of people being attacked by wasps,’ fire department spokesman Jörg Weber said yesterday. 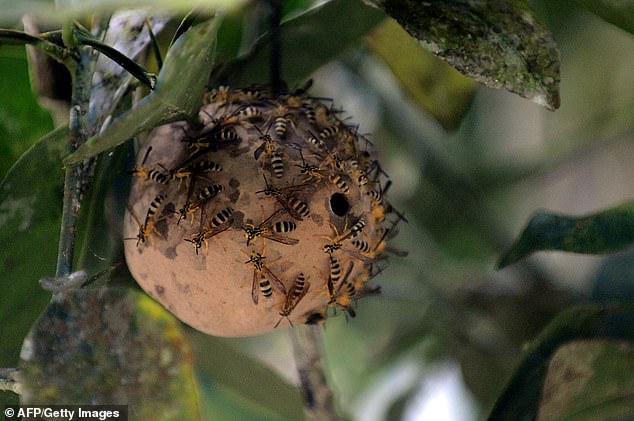 At least 16 children have been hospitalised at a school in Germany after a swarm of wasps attacked them at break time (Pictured: File photo of a wasp nest)

Most of the children, who were said to have been between the ages of 12 and 15, were being treated for minor injuries and have now been sent home, a hospital spokeswoman said.

One child remained under observation due to a known wasp allergy.

The spokeswoman asked parents not to come to the hospital.

The students will also be required to undergo Covid-19 tests while at the medical facilities.

According to Deutsche Welle, there was a nest in the playground and the recess area was closed for exterminators to remove it.

Headmaster Frank Bisterfeld told local news site come-on.de that he heard a ‘sharp scream’ from a young boy coming from the schoolyard, who had been stung on the back of his knee.

Shortly after, he said he was told that a school girl had been stung on her neck and was breathing poorly, showing early signs of having had an allergic reactions.

This was what prompted him to call emergency services.

While it’s unknown why the wasps stung the children, the creatures usually only attack when they feel threatened or annoyed.

If a female wasp feels her home is under attack, she and the rest of the colony will use their stingers to protect the nest. 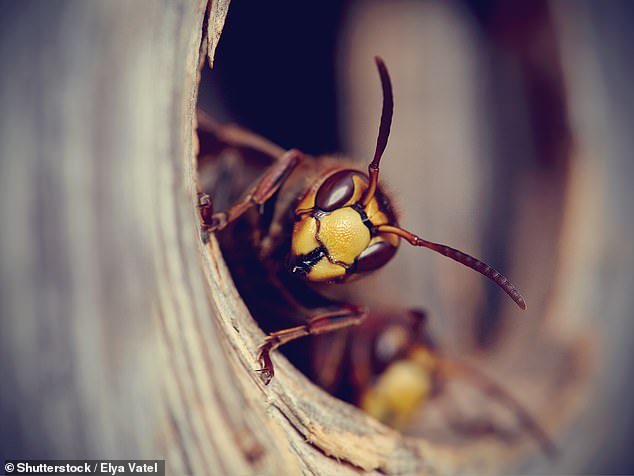 While it’s unknown why the wasps stung the children, the creatures usually only attack when they feel threatened or annoyed (File photo)

However, pest controller Sascha Pick, who was part of the extermination team, told come-on.de: ‘What happened in Lüdenscheid is not normal behaviour by wasps.

‘I have never seen so many children get stung in such a short time.’

He added that they can feel threatened by small vibrations felt in the ground, like those emitted when children play, or by changes in the weather.

The school sent all of its 1200 students home after the incident.

I Thought a Big City Would Be My Queer Sanctuary, but I Found Community When I Moved Back Home