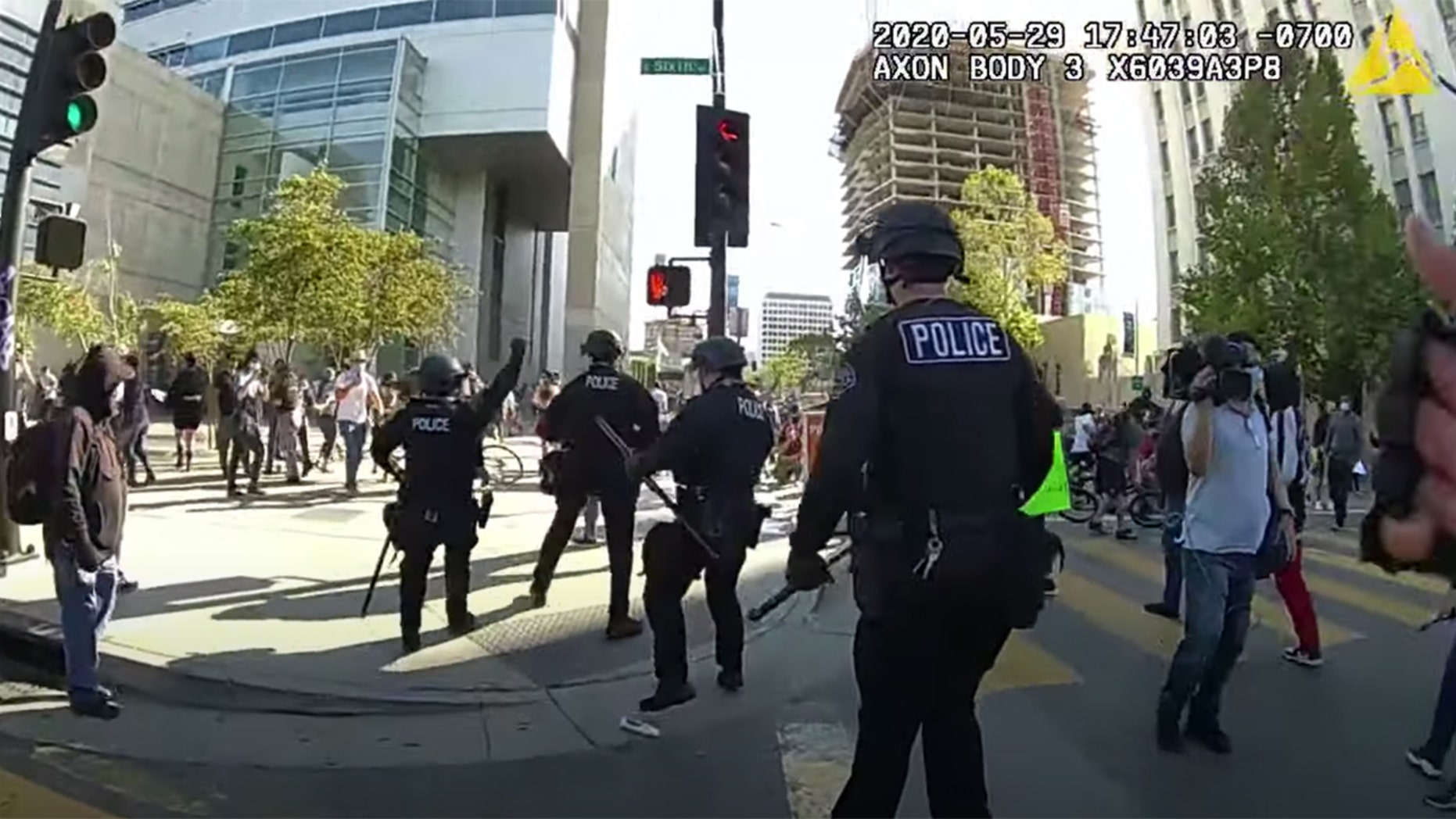 Under pressure from elected officials, the San Jose Police Department in California has released body cam videos shot during George Floyd protests in May.

"We hope releasing these videos will provide the public more clarity into each of these incidents,” Police Chief Eddie Garcia said in releasing the footage Friday. “Each video is only one piece of information used to fully understand a complex event. Some opinions and conclusions may be affected after watching certain videos; others will not."

The three lengthy videos were shot during protests in downton San Jose on May 29 and May 31.

The police footage provides context and offers another viewpoint of incidents captured by cellphone video posted on social media, according to reports.

One video shows an officer on a motorcycle striking a pedestrian, another shows officers using force against a man who was pulled behind a skirmish line and a third shows Officer Jared Yuen taunting and spewing expletives towards protesters, the San Jose Mercury News reported.

Officer Yuen’s behavior prompted calls for his firing, but he has remained on the force as the department conducts an investigation, the Mercury News reported.

Yuen is heard saying “Let’s get this (expletive)” and “Hell yeah, let’s get some” before he and other officers rush toward an individual suspected of throwing a bottle at an officer.

Police said of the man struck by the police motorcycle that he was wanted on suspicion of burglarizing a bank, the Mercury News reported.

Footage shows a handful of officers chasing the man before he darts between two parked cars and into the street where the motorcycle rams into him, knocking him to the ground, the paper reported.

The third video involves an officer striking a protester, David Baca, in the throat with a baton, according to the paper.

In the video, Baca is seen grabbing the baton from the officer and swinging it at other officers who swarm him, the paper reported. He can be heard yelling, “I can’t breathe,” as he his pinned to the ground.