Samuel, who is entering the fourth and final year of his rookie contract with the Niners next season, removed the team from his Instagram profile picture, unfollowed the team and deleted dozens of posts amid negotiations over a contract extension.

A week later, he discussed the blowback from certain fans on the same Instagram account, saying on his story that some fans sent death threats and racial "stuff" to him over direct messages. Those fans probably won't be pleased he wore a Los Angeles Dodgers hat while speaking:

#49ers WR Deebo Samuel says he’s “Chillin,” despite fans switching up on him and sending death threats to him as he goes through contract negotiations 👀 pic.twitter.com/7L3x1dxlKx

Those messages, obviously well over the line, probably aren't helping the Niners' efforts to keep Samuel in San Francisco.

Samuel ascended to stardom last season with a career-high 1,405 receiving yards and six receiving touchdowns, plus 365 rushing yards and eight touchdowns on the ground, earning him first-team All-Pro honors. He was the do-everything piece in offensive coordinator Mike McDaniel's offense, and helped lead the team to the AFC championship game.

Retaining Samuel should be vital for the Niners as they transition to former No. 3 overall pick Trey Lance under center, but it likely won't be cheap after a market-resetting offseason for wide receivers. Tyreek Hill and Davante Adams both signed deals worth at least $28 million per year, and Samuel posted more yards from scrimmage than both players last season with worse quarterback play. 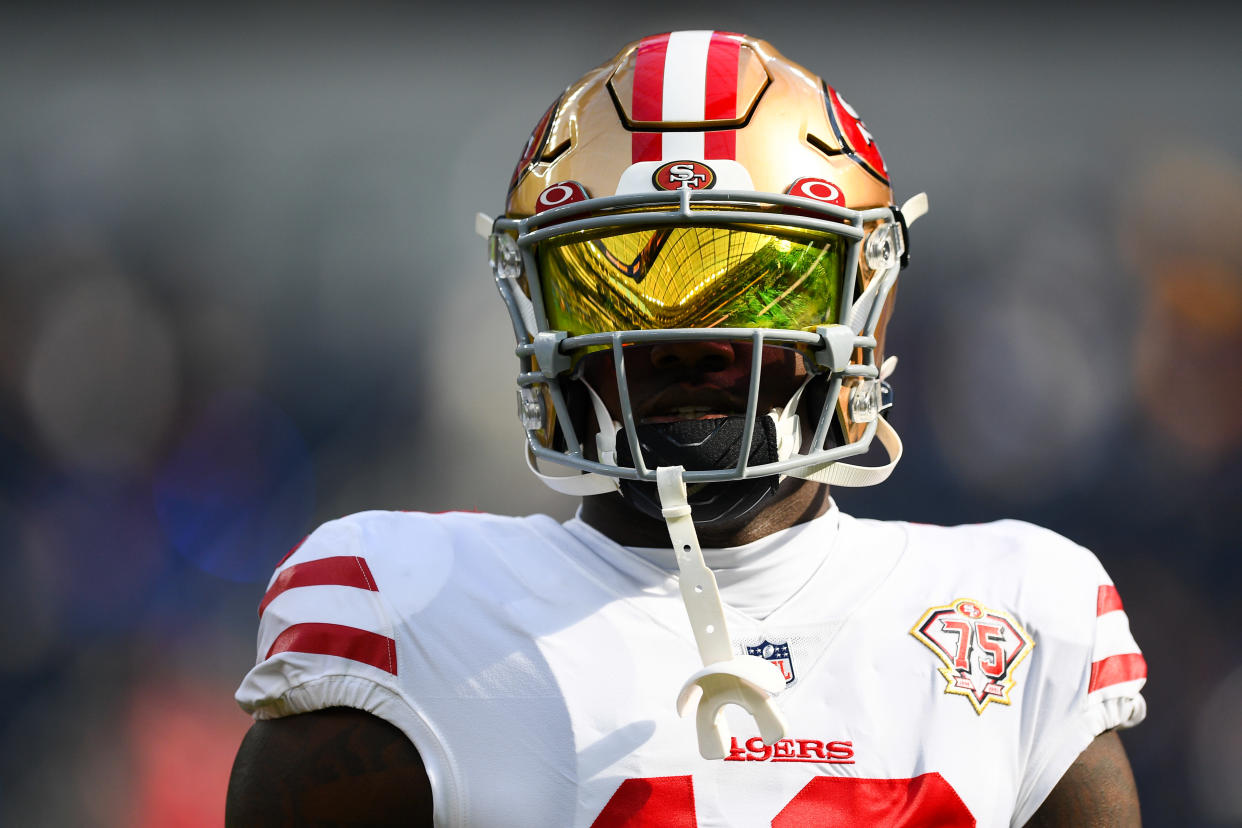