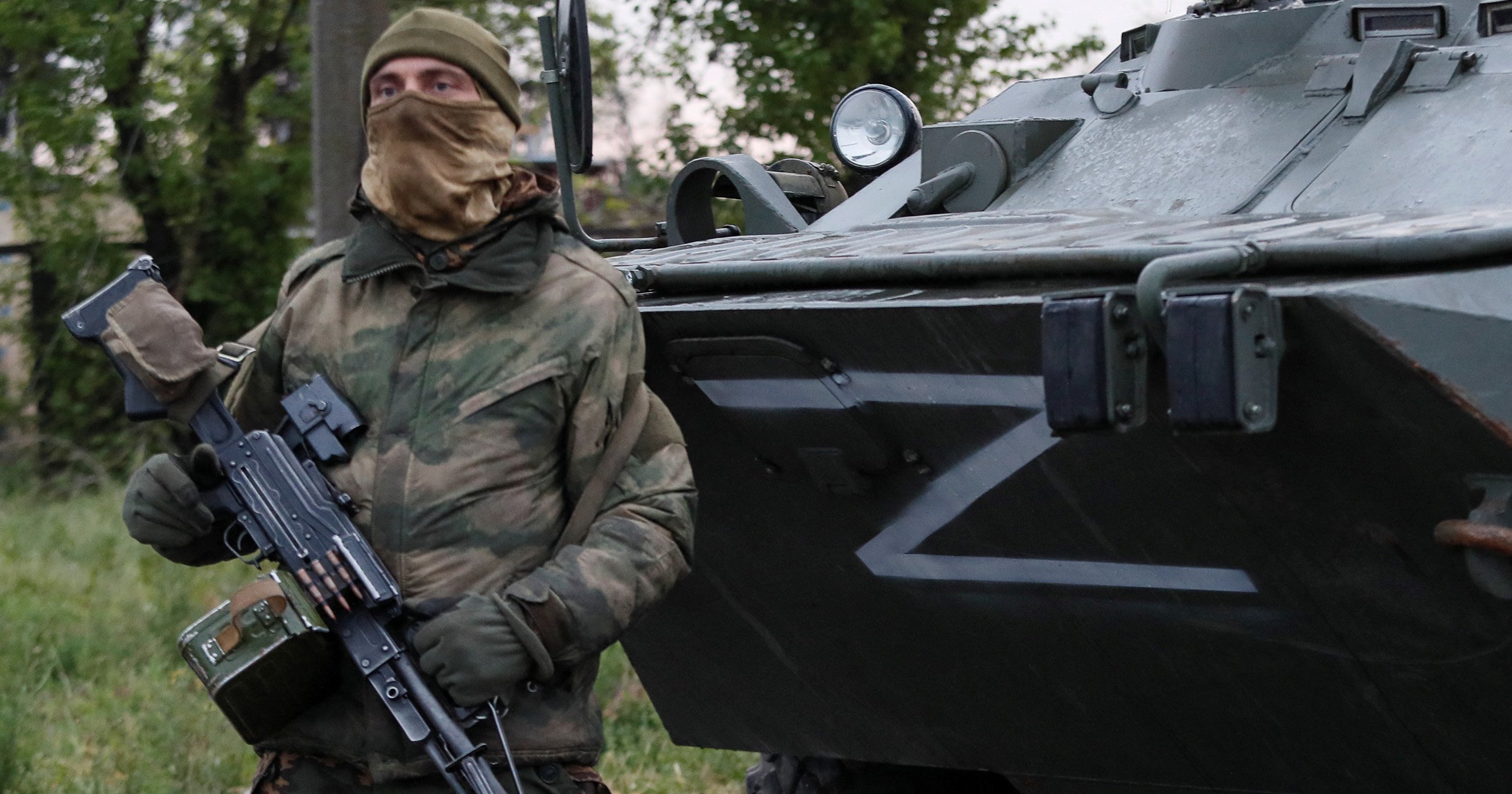 Mutiny is breaking out among Russian troops who are suffering ‘devastating losses’ as they try to secure some military success in Ukraine, the Ministry of Defence has said.

It claimed a generation of junior and mid-ranking officers was being wiped out by generals ordering them to lead the ferocious fighting on the ground in the eastern Donbas region.

‘With multiple credible reports of localised mutinies amongst Russia’s forces in Ukraine, a lack of experienced and credible platoon and company commanders is likely to result in a further decrease in morale and continued poor discipline,’ the MoD said.

Ukraine claims more than 30,000 Russian soldiers have been killed since the invasion on February 24.

But it was struggling last night to prevent the encirclement of the city of Severodonetsk, the most easterly city still held by Ukraine, after Russian units fought their way into the outskirts.

Ukrainian president Volodymyr Zelensky called the situation there ‘indescribably difficult’ after visiting troops in nearby Kharkiv.

Russian artillery has damaged nine in ten buildings in Sievierodonetsk, and around 1,500 civilians have been killed.

‘They use the same tactics over and over again. They shell for several hours, for three, four, five hours in a row and then attack.

‘Those who attack die. Then shelling and attack follow again, and so until they break through.’

Mikhail Romanov was charged with breaking into a couple’s home in Brovary, near Kyiv, in March, raping the wife and murdering the husband.

It came as Ukrainian fighters who surrendered after weeks defending Mariupol’s Azovstal steelworks could face execution. Among them are members of the far-right Azov battalion, which recently ditched its neo-Nazi insignia for the Ukrainian trident.

‘The court will make a decision,’ he added. ‘For such crimes we have the highest form of punishment, the death penalty.’

Meanwhile in the US, president Joe Biden said he would reject Ukraine’s request for rocket systems that could reach Russia — a stance the Kremlin praised as ‘rational’.

And Russian president Vladimir Putin told Turkey he is ready to work with it to facilitate the export of grain from Ukrainian ports, according to Moscow.

The UN, warning a global food crisis is deepening, is trying to broker a deal to unblock Ukraine exports — as Western leaders accused Russia of holding the world to ransom.

‘Vladimir Putin noted the readiness of the Russian side to facilitate the unhindered sea transit of goods in coordination with Turkish partners.

This also applies to the export of grain from Ukrainian ports,’ the Kremlin said of a call between Putin and Turkish president Recep Tayyip Erdogan.

It was not clear which ports he was speaking of. Mr Erdogan urged peace and told Putin Turkey was ready for a role in an ‘observation mechanism’ between Moscow, Kyiv and the UN if an agreement is reached.