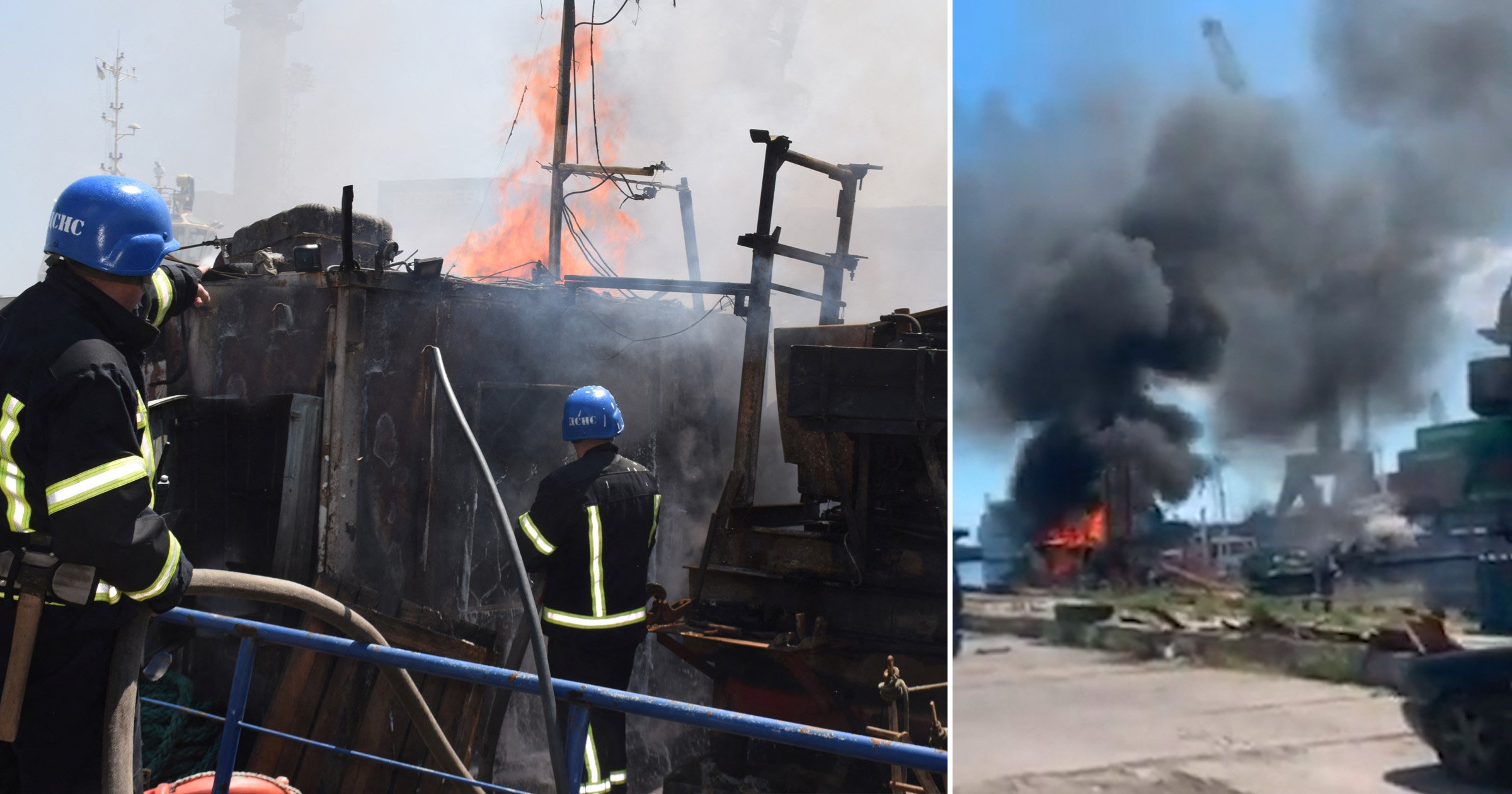 The Ukrainian Foreign Ministry denounced the strike as ‘spit in the face’ of Turkey and the United Nations, which brokered the agreements.

It did not specify how bad the damage was or say whether the strike caused casualties.

Foreign Ministry spokesman Oleg Nikolenko said: ‘It took less than 24 hours for Russia to launch a missile attack on Odesa’s port, breaking its promises and undermining its commitments before the UN and Turkey under the Istanbul agreement.

‘In case of non-fulfilment, Russia will bear full responsibility for a global food crisis.’

After yesterday’s agreement was made in Istanbul, Turkish President Recep Tayyip Erdogan hailed the moment as a ‘turning point’.

The leader, who offered his city as neutral ground, triumphantly said: ‘War will end at the negotiating table.’

UN Secretary-General Antonio Guterres called the deal ‘a beacon of hope, a beacon of possibility, a beacon of relief in a world that needs it more than ever’.

He described the agreements to open Ukraine’s ports in Odesa, Chernomorsk and Yuzhny as an ‘agreement for the world’, as the blockade caused chaos to global food supplies.

Ukraine is one of the world’s largest exporters of wheat, corn and sunflower oil, but Russia’s invasion of the country and naval blockade of its ports halted shipments.

‘Yesterday, all parties made clear commitments on the global stage to ensure the safe movement of Ukrainian grain and related products to global markets,’ it said.

‘These products are desperately needed to address the global food crisis and ease the suffering of millions of people in need around the globe. Full implementation by the Russian Federation, Ukraine and Turkey is imperative.’

Just yesterday Russia’s Defence Minister Sergei Shoigu said Moscow would not ‘take advantage’ of the de-mining and opening of Ukrainian ports, insisting his country made a ‘commitment’.

Ukrainian President Volodymyr Zelensky said in his nightly video address that the agreements offered ‘a chance to prevent a global catastrophe – a famine that could lead to political chaos in many countries of the world, in particular in the countries that help us’.

Today the head of his office, Andriy Yermak, said on Twitter that the Odesa strike coming so soon after the endorsement of the Black Sea ports deal illustrates ‘the Russian diplomatic dichotomy’.

US ambassador to Ukraine, Bridget Brink, denounced the Russian strike on the port of Odesa as ‘outrageous’, tweeting: ‘The Kremlin continues to weaponize food. Russia must be held to account.’