Mum Roxy and owners Mark and Laura Marshall have been working flat out to feed the litter — only the second of its size born in Britain. 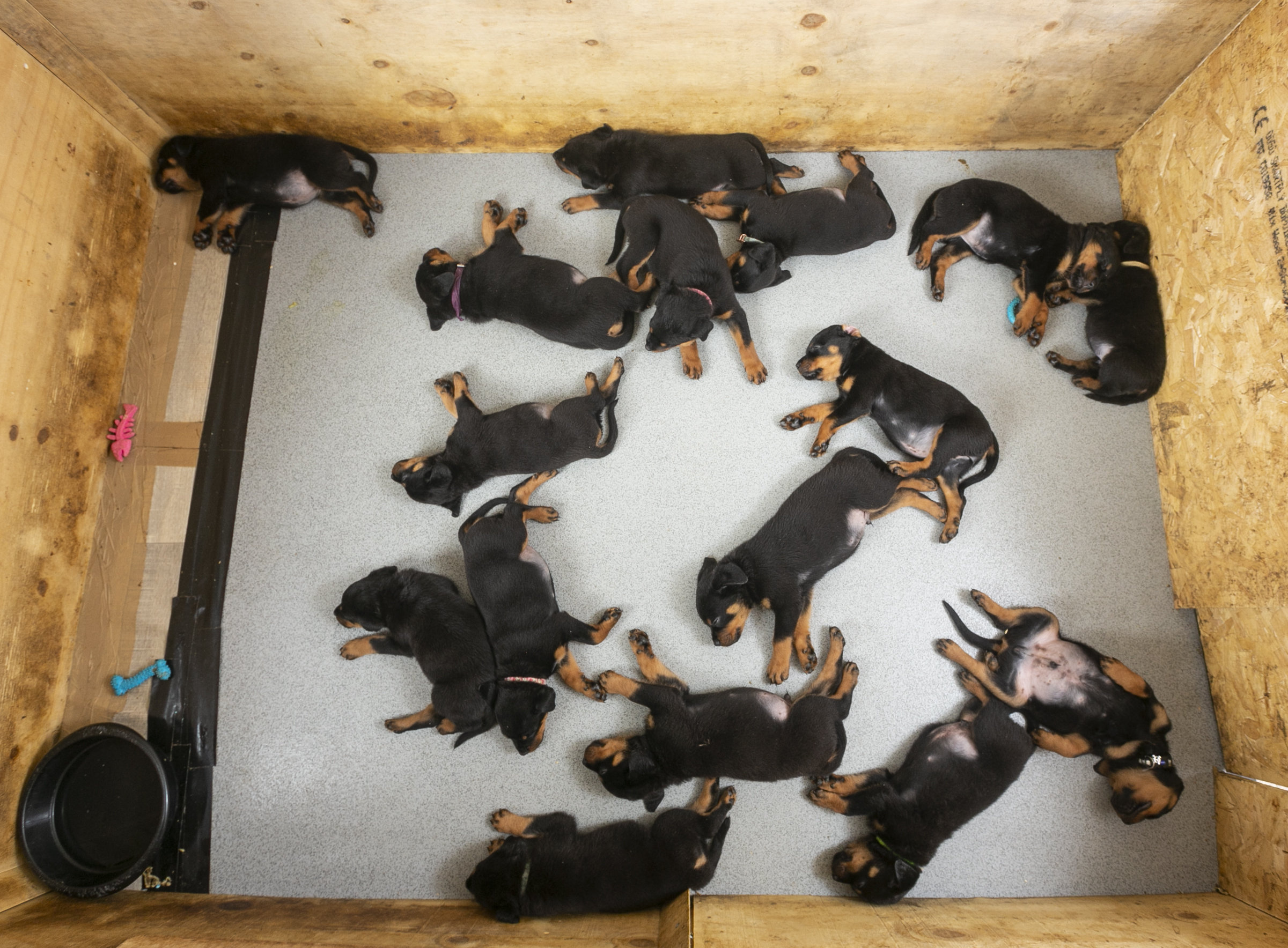 Mark, 32, a corporal in the Duke of Lancaster’s Regiment at Weeton Barracks, near Blackpool, is keeping one, named Bella.

“So we had six in our head the whole time.

“But no – there was another ten hiding somewhere!”

The infantryman and his wife “hadn't prepared” for the arrival of the pups, who joined them and and their five children at their four-bedroom house on army barracks – but “it's been a nice surprise”.

Mark added: “I was feeding them in groups of eight for eight days straight and going to work in between.”

Mark and Laura had never bred puppies before when they “heard a noise downstairs” around 6am on March 12.

They went down to check and found their pregnant pooch hiding behind the sofa.

“We got her back into bed then went back upstairs. She kept on crying so we went to check again and saw a puppy lying on the floor”, Mark said.

“Then we saw one in the kitchen. She delivered another four within the next half hour and by 12pm she had delivered 13.

“I went out to get a few things for them and got a call to say another three had come along. I couldn't believe it.”

Incredibly the puppies are older than Mark and Laura's youngest, Arlo, who was born about a month later. 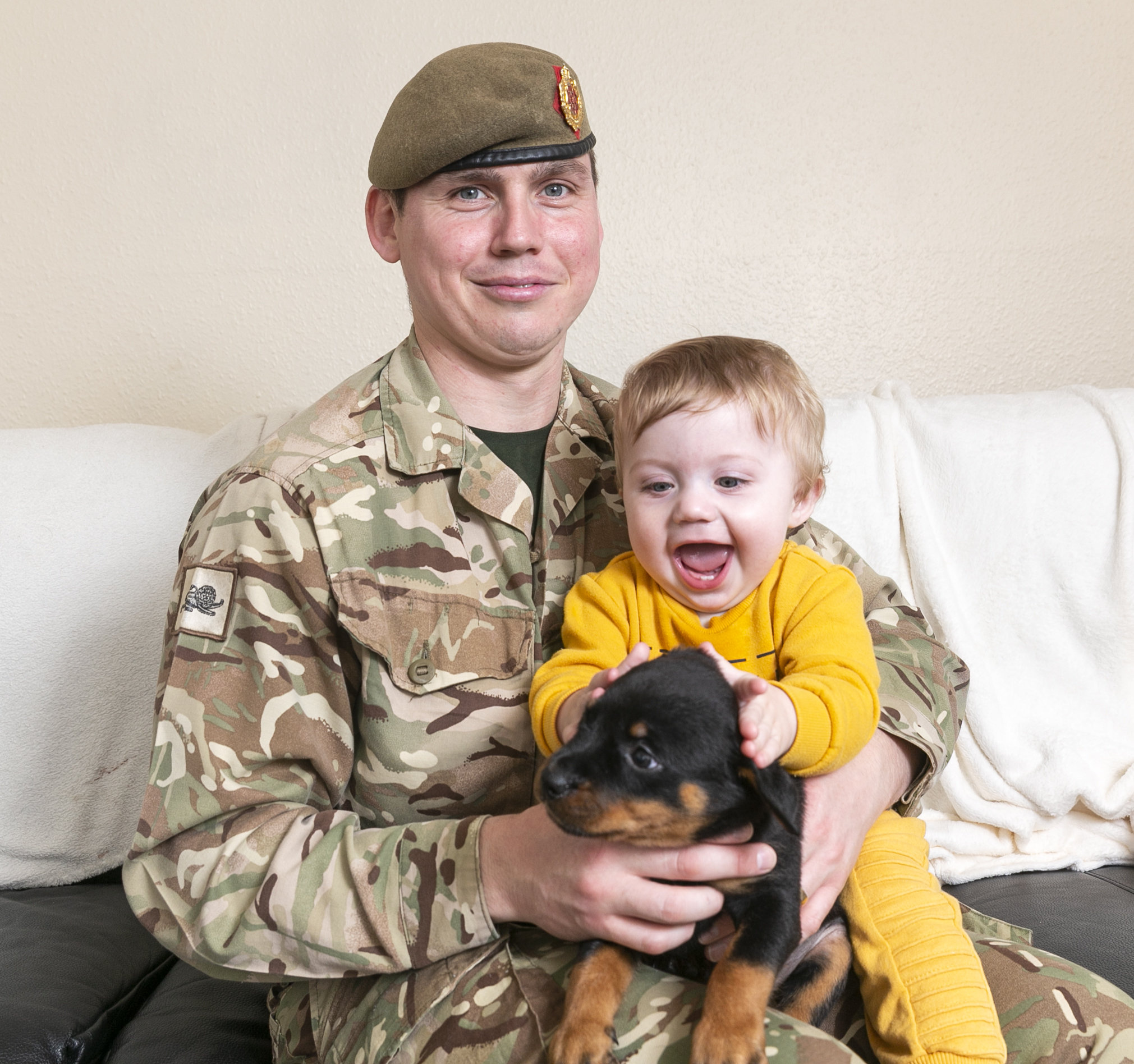 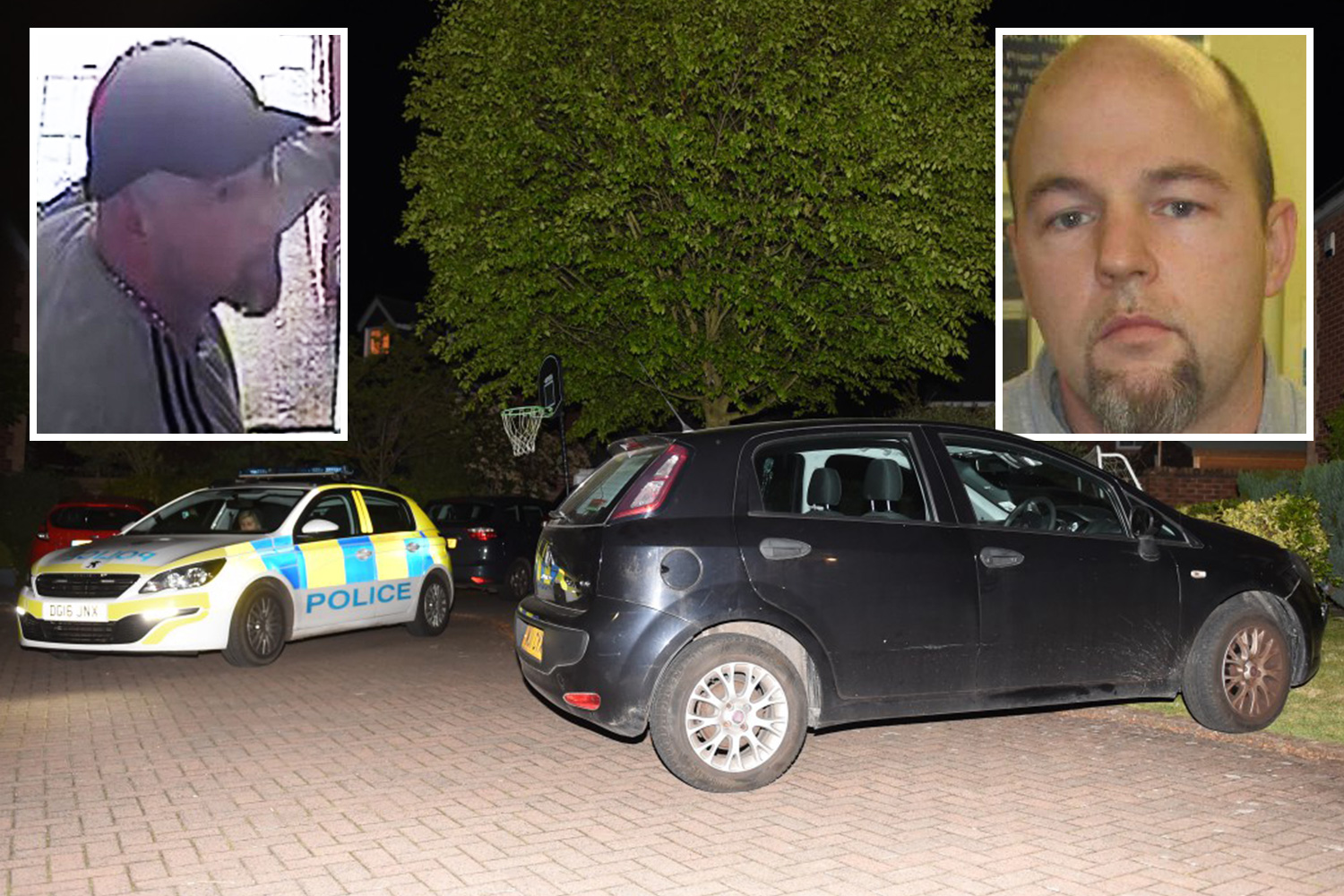 In 2009 a litter of 18 rottweilers were given birth to in Luton, Beds, but one was stillborn and another died two days later. 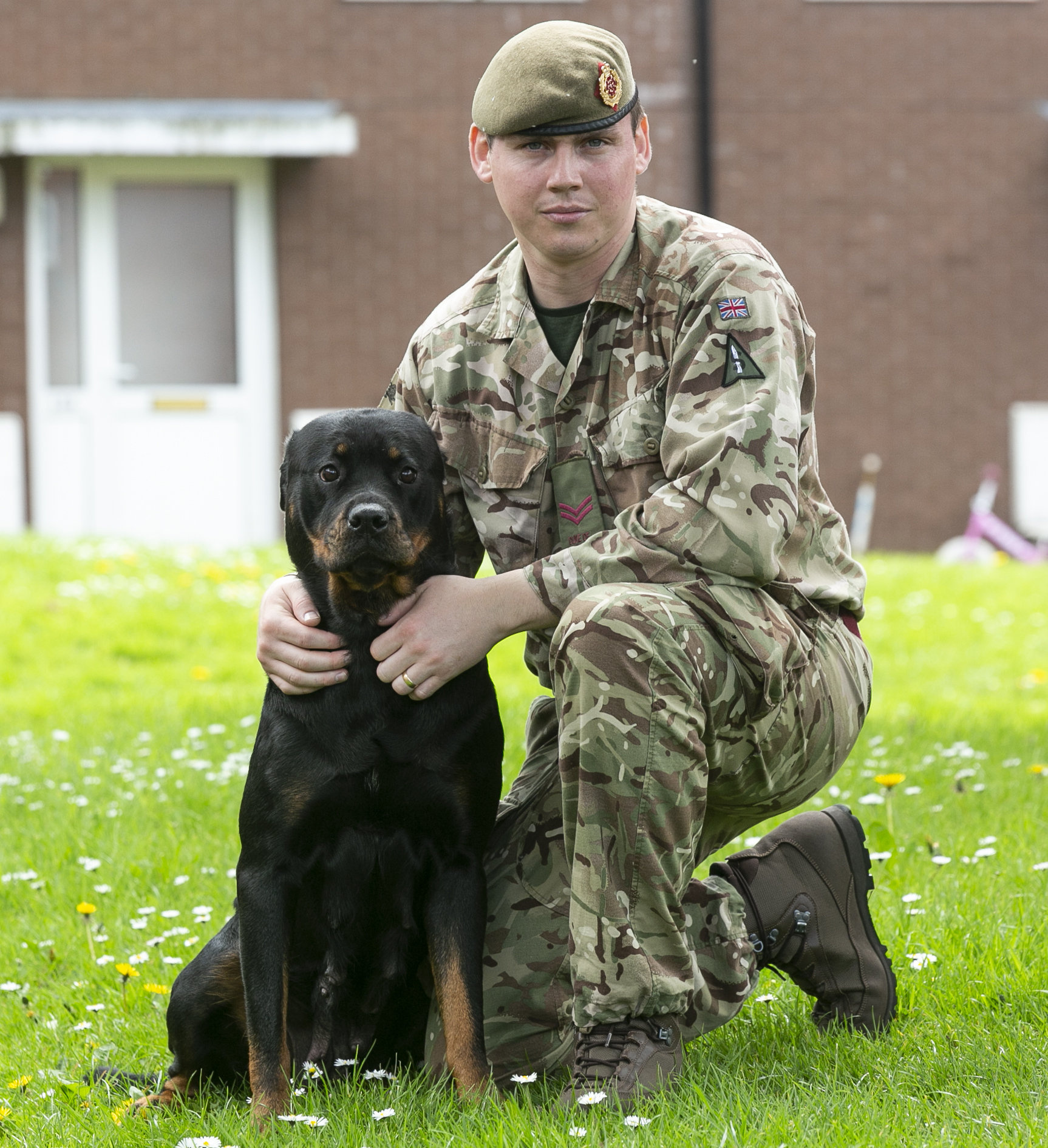 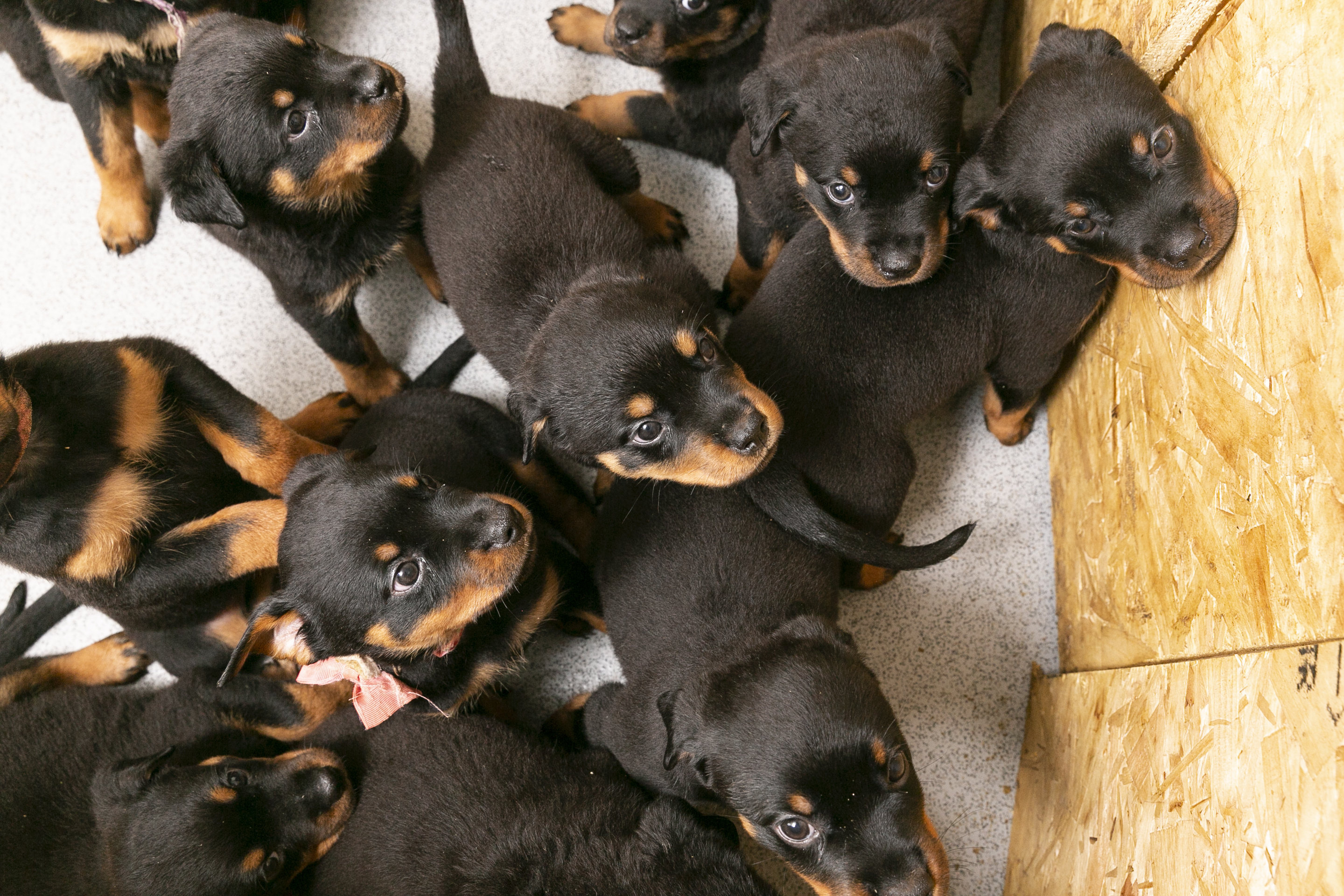 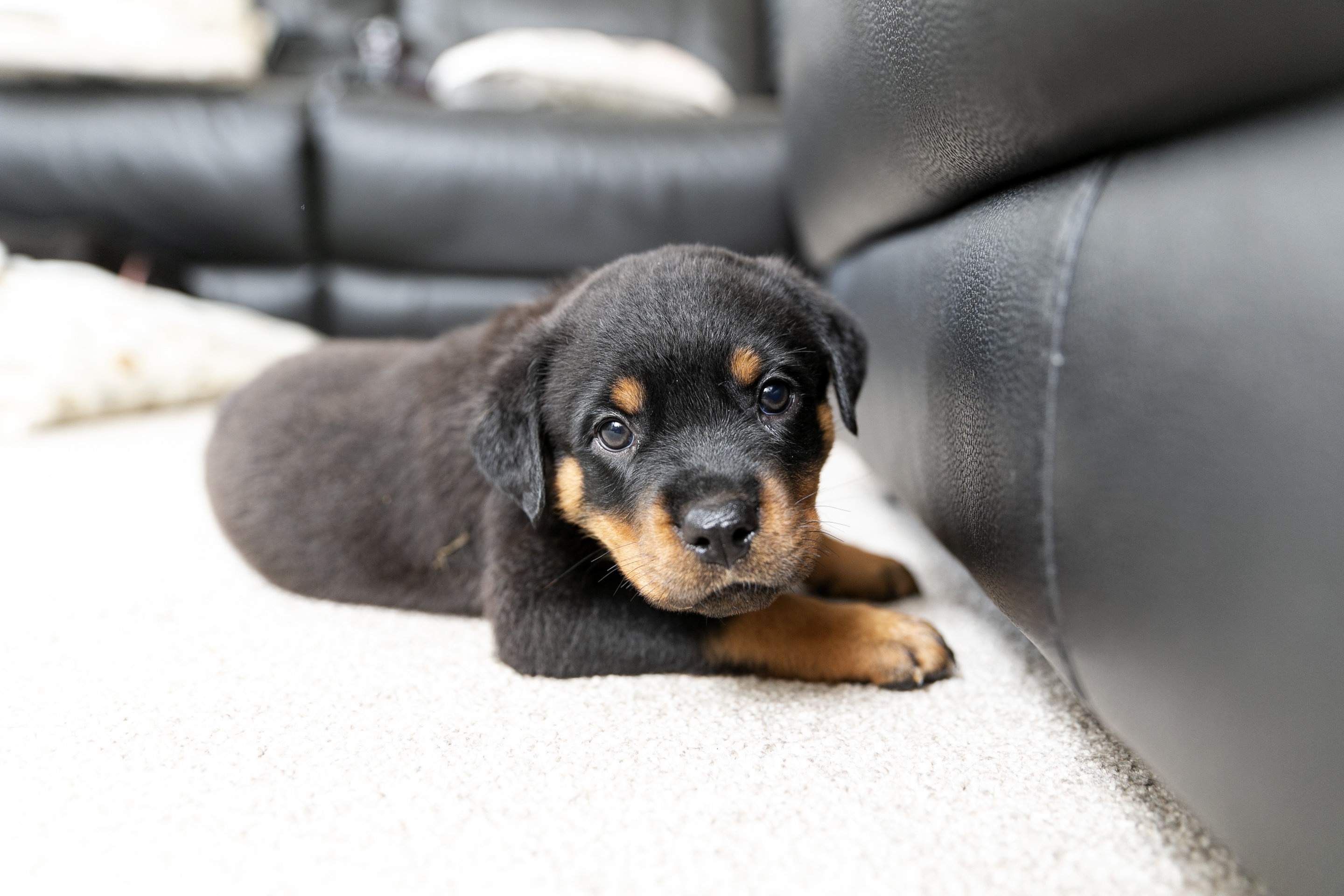 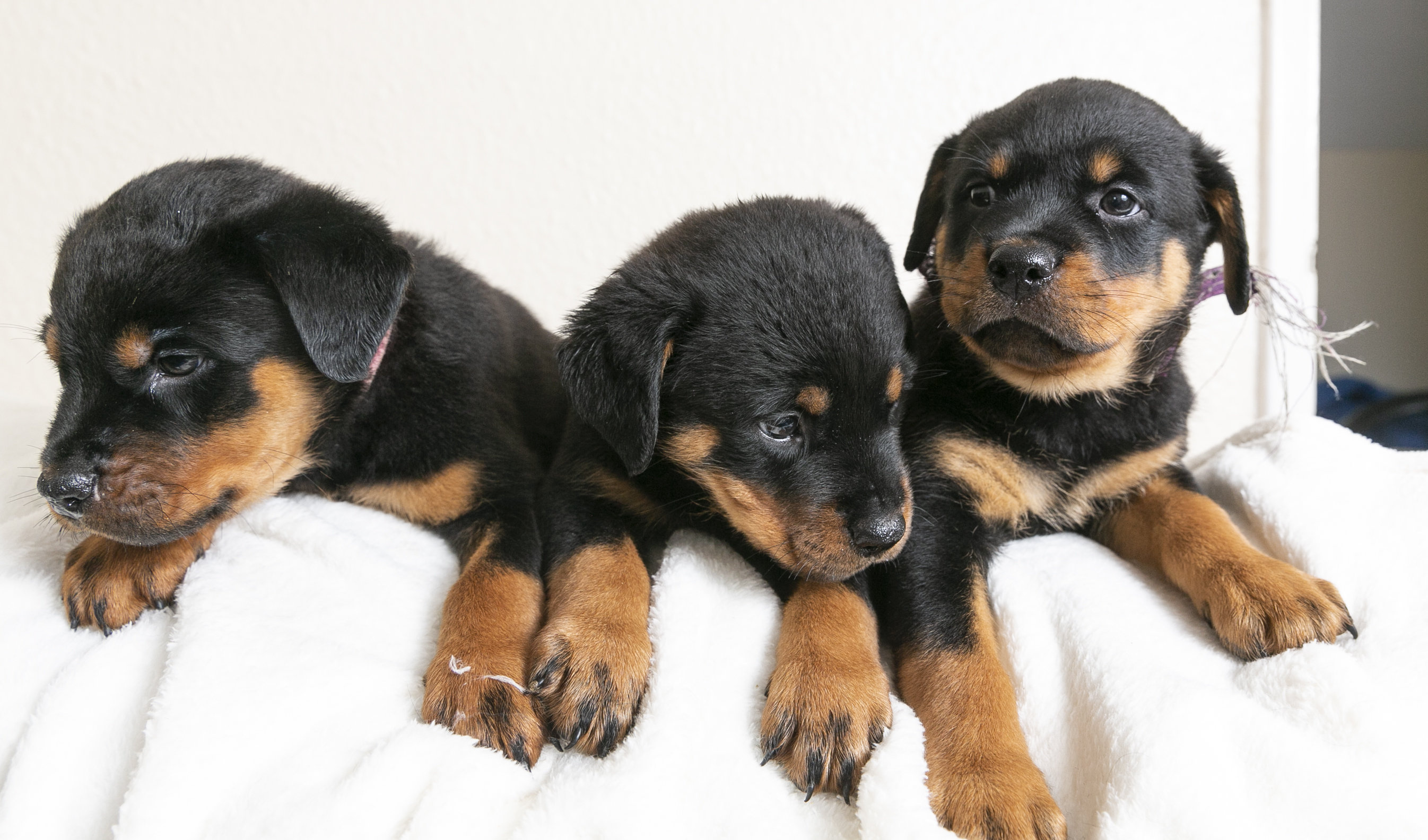 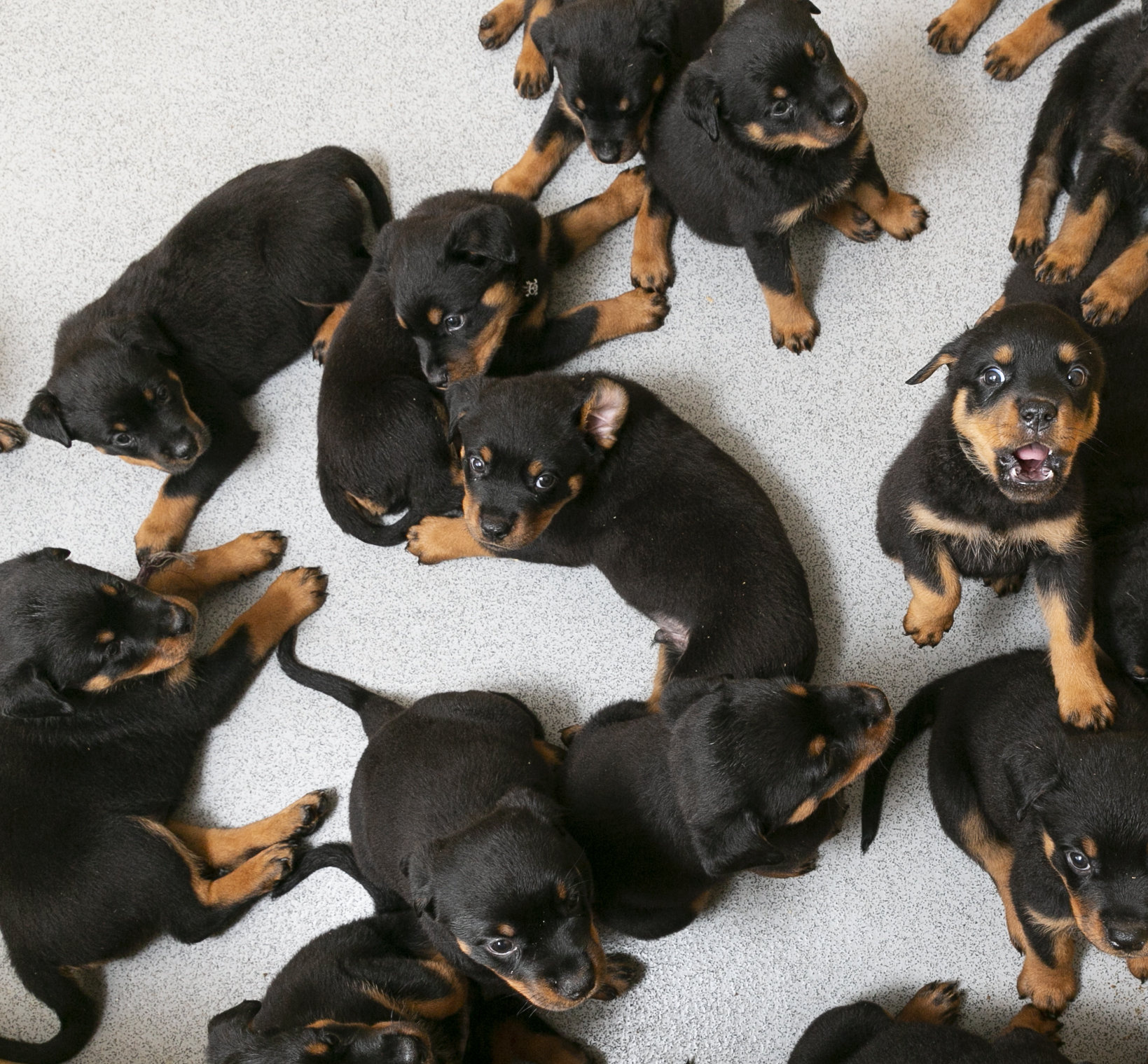 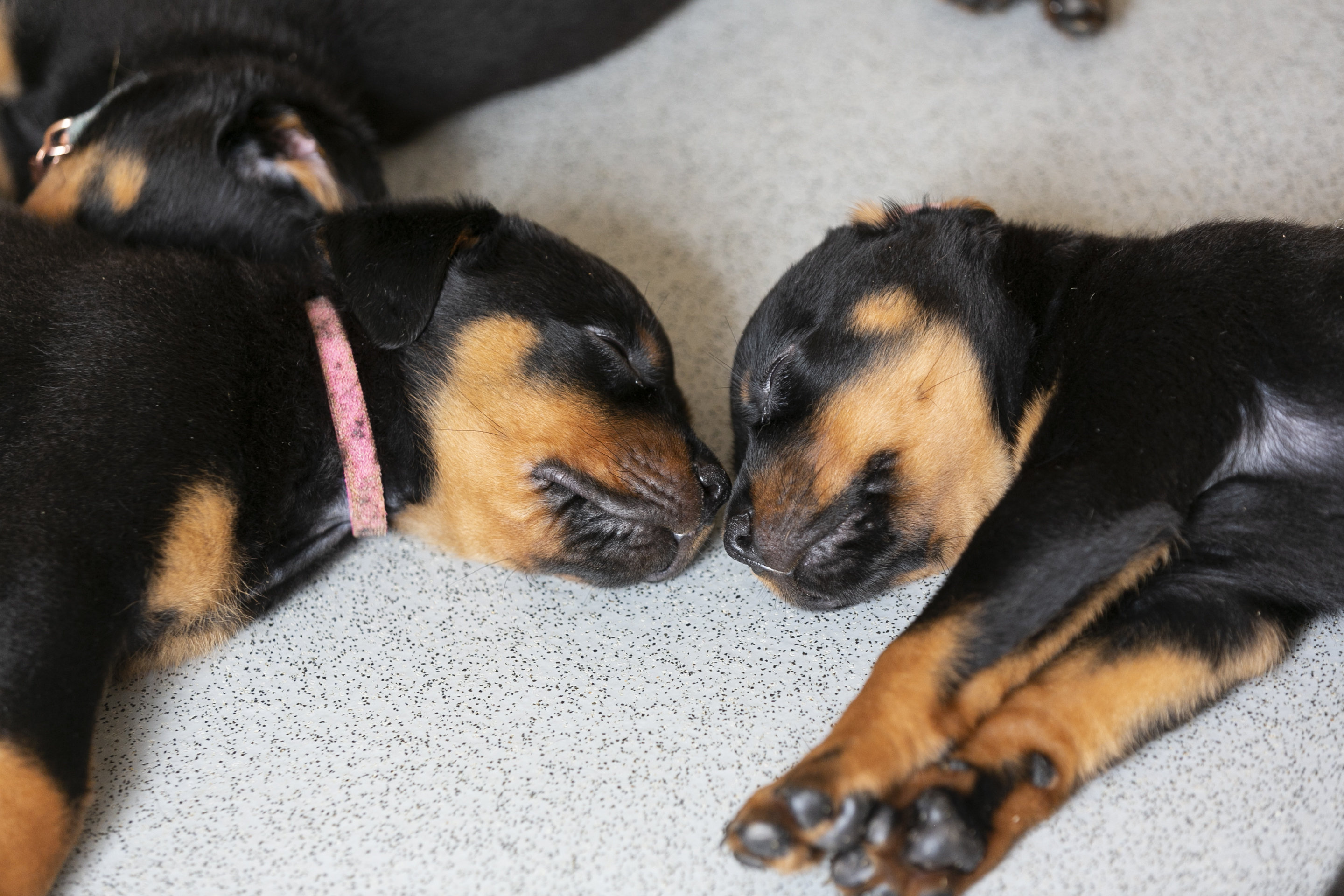 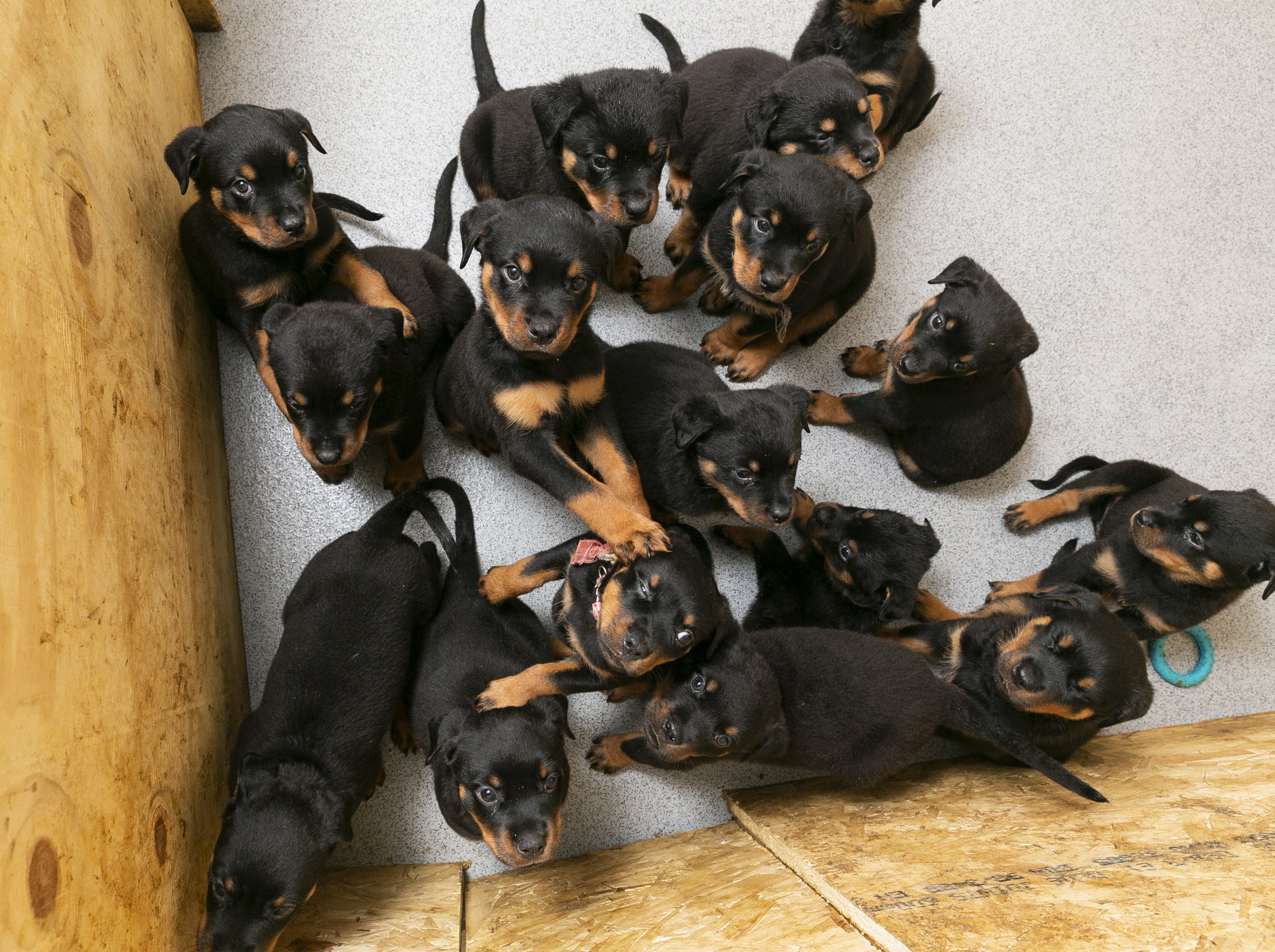