Two pensioners who had been shopping at supermarket Morrisons exploded into a violent brawl that spilled over a car bonnet.

The hard-hitting OAPs started throwing punches outside a branch of the popular groceries store.

Both men were in their 60s but described by onlookers at the Waterglade Retail Park, in Clacton, as being ‘quite agile’.

The sparing sexagenarians’ blows were so rapid and animated people nearby started filming them on their mobile phones.

It is not clear when the wrinkly rampage happened but footage only emerged today in a local newspaper.

The older combatant’s wife is understood to have broken up the car park pasting before things got too vicious.

Witness Lewis Goldsmith, 31, had only been at the shop to buy baby formula so had been stunned to discover the old-age ruckus. 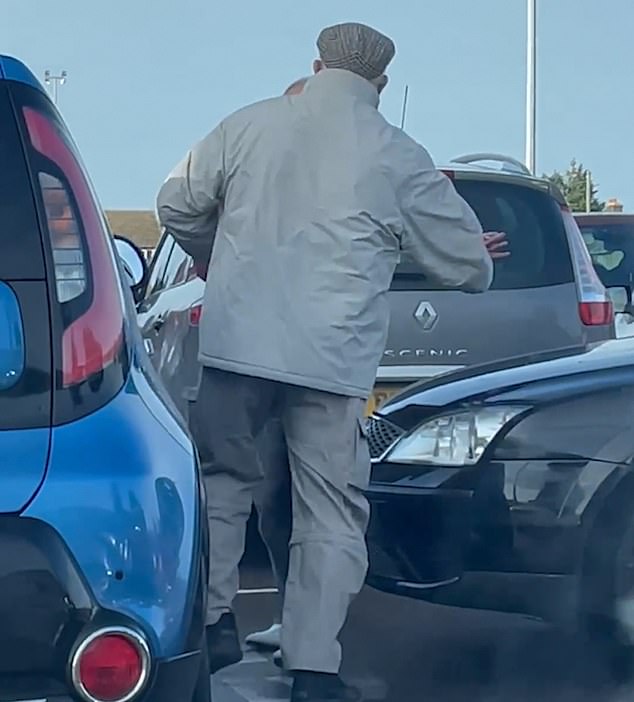 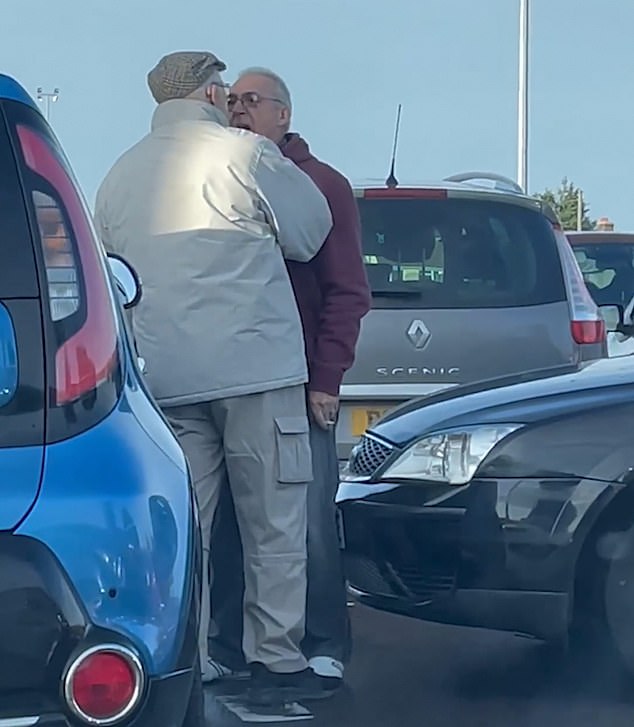 He told the Clacton Gazette:  ‘I was behind the older guy waiting for him to move as he had just stopped and seemed to not notice he was stationed across a junction.

‘Then when the other chap approached that blocked junction he started making hand gestures suggesting he could not get out.

‘He then stepped out of the car to show the elderly fellow the road markings and that he needed to move – but then he got out and started shouting.

‘I never expected the shove and punches but given their age I thought I had to get out and prevent one of them falling or hitting their heads – turns out one was quite agile.’ 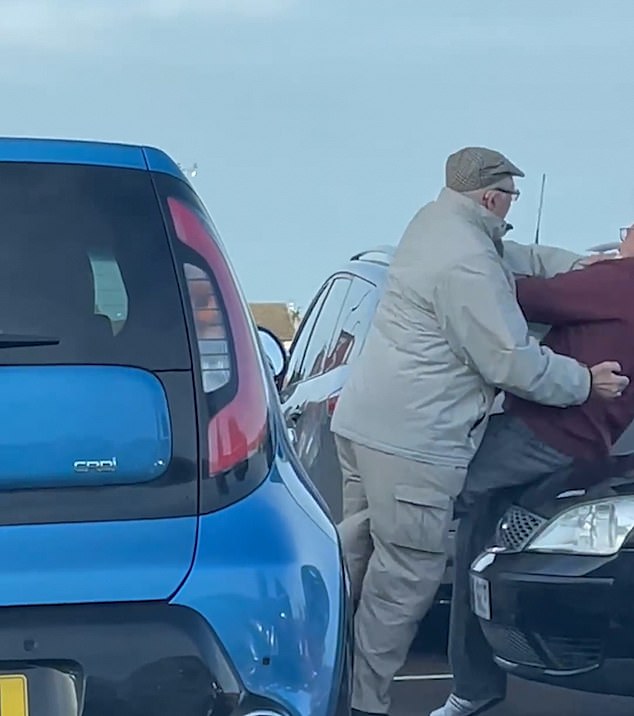 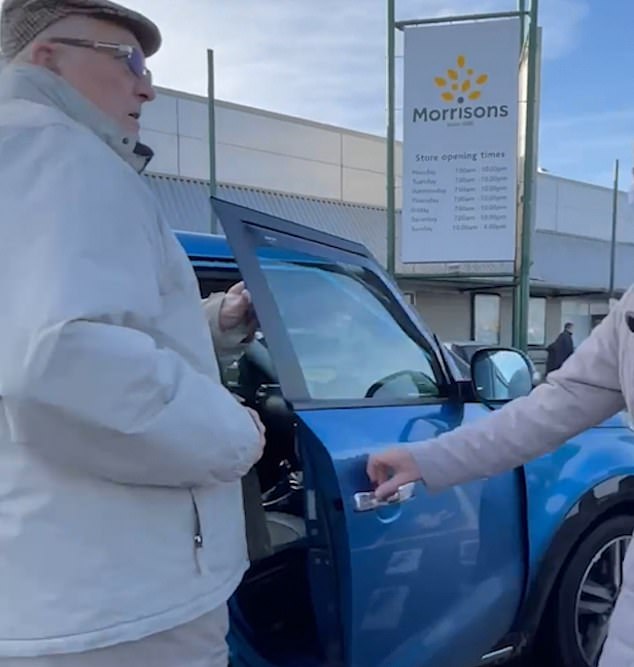 The fight started with shoving and pushing, but escalated into something more physical within moments.

The beige-dressed gentleman pushed the red-clad man onto the bonnet and then began punching.

Mr Goldsmith added: ‘I think they will both regret it but not nobody was hurt.

‘Clearly no matter the age, boys will be boys.’

White House: Actually, Republicans are trying to defund the police